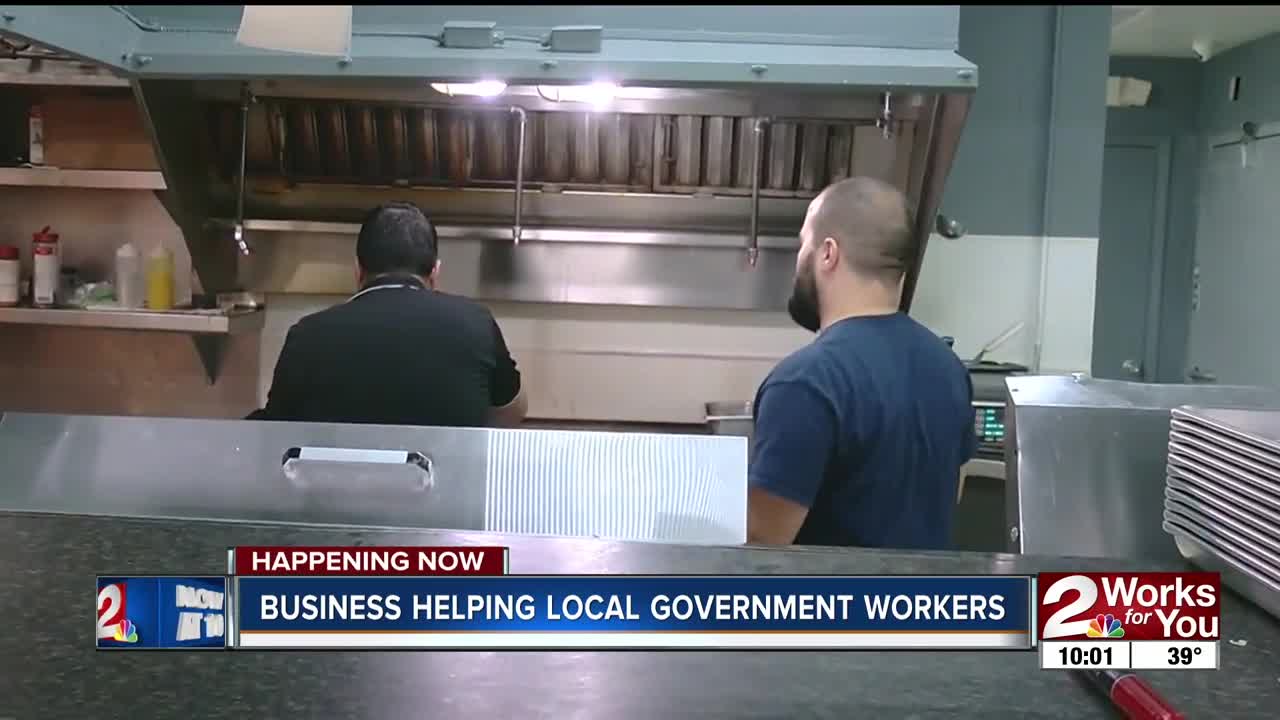 BIXBY, OK (KJRH) — As government employees hope to get back on their feet after the government shutdown was finally lifted, communities are still coming together to help their neighbors who have been affected over the past few weeks.

Owners Ihab Kayello and Saleh Agha say they opened their store a few months ago to an outpouring of community support. They say it was that support that made them want to give back in any way they could.

"They were so supportive, we had regular customers from day one," Kayello said. "Actually we were honored to give back."

The store offered free meals on January 26 to any local government employees who might be feeling the effects of the government shutdown. During a morning rush, a handful of employees gratefully took them up on their offer.

Agha says business has been slower over the past few weeks, likely due to families going out less amidst the shutdown.

It’s one of many stories of communities coming together to help, and remaining ready if they’re needed again in the near future. Kayello says if the government shuts back down after the temporary lift, "we’ll do this again and again".