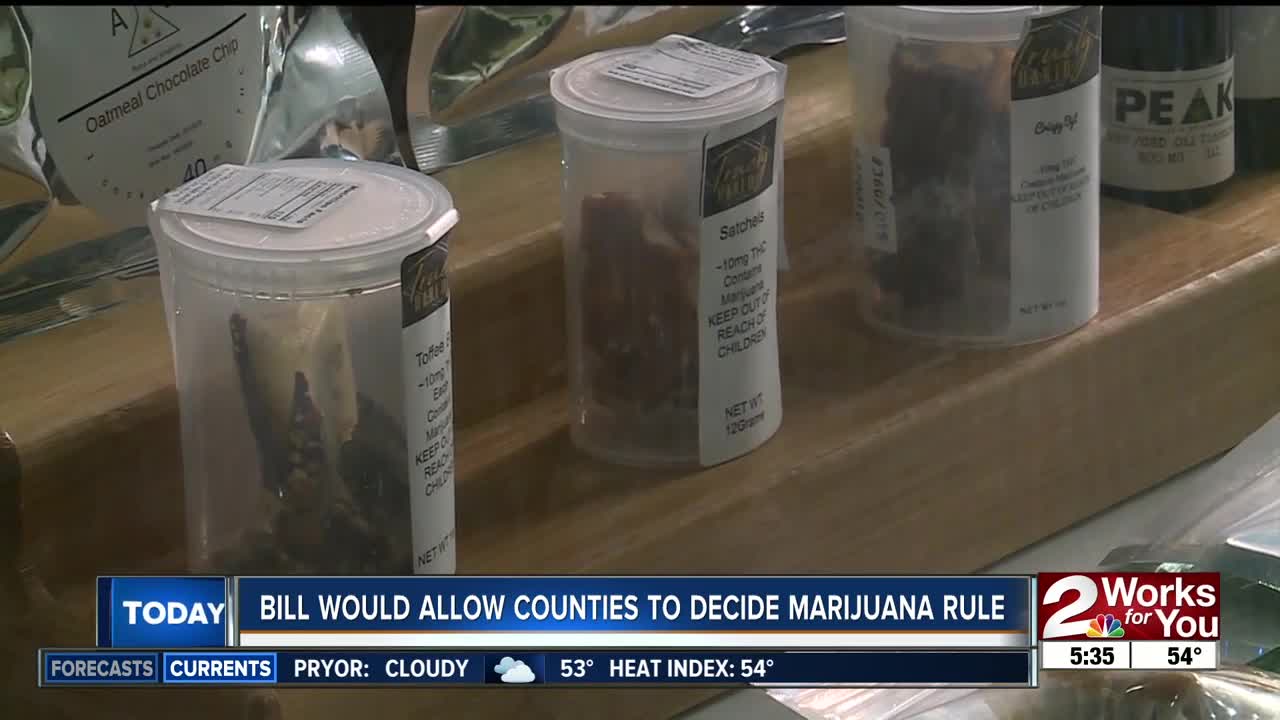 The future of medical marijuana in Oklahoma could be changing.

A new bill just filed in the Oklahoma legislature would allow voters in each county to decide the rules.

Under the proposal, voters in individual counties could restrict or prohibit marijuana sale or use.

It was approved by a majority statewide last year.

The bill's sponsor says it would give the flexibility to enforce the rules.

"The locals, whether it's the municipalities or whether it is the local law enforcement, they're the ones that are going to have to deal with this new law," State senator Casey Murdock said.

Critics say it would create legal issues for dispensary owners.

That bill will have its first reading in a couple of weeks.