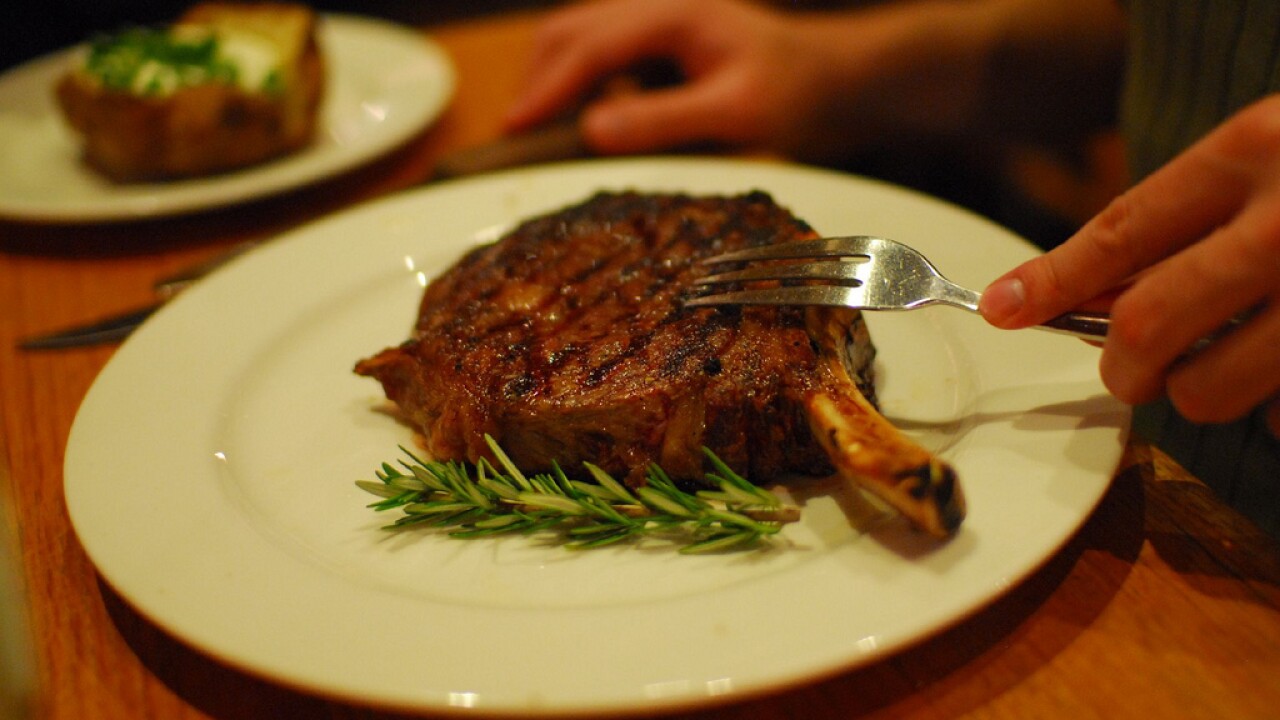 The ribeye is one step closer to becoming the official state steak. A bill seeking to designate it as such sailed through committee this week with an 11-1 vote.

Oklahoma state senator Casey Murdock (R-Felt), a rancher, authored the bill and says there are more head of cattle in the state than people.

He acknowledged Oklahoma is near last in the nation in education and other areas, but said “we need to promote what is good" also.

He says naming a state steak would be good for tourism and the restaurant industry.

Some legislators and citizens have criticized it as frivolous to spend time and money on the bill.

You can read more at KFOR.com.