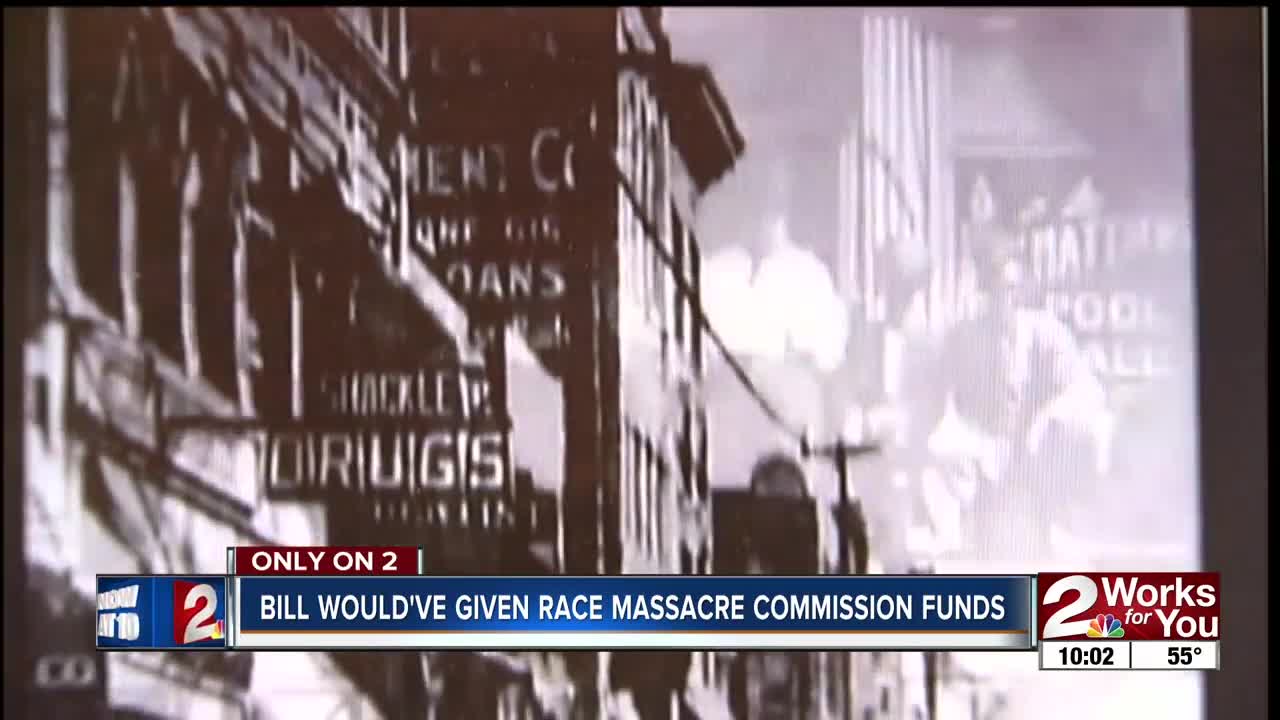 Race Massacre Commission looking for other funding after bill dies TULSA -- A bill falls in the Oklahoma legislature which would shovel over a million dollars to the Tulsa Race Massacre Centennial Commission. While it passed in the Senate, the author of the bill decided to go a different route for funding.

"Money for that area hasn’t been appropriated for many years for the Greenwood District," said Senator Kevin Matthews, Commission Chair.

Senate Bill 560, allocating $1.5 million toward the fund, passed in the Senate, but Sen. Matthews who authored the bill decided to drop it.

"It was decided rather than to go with a bill on the issue, that we will just look at opportunities we may have in the budget," said Sen. Matthews.

Those who work on Greenwood tell us they’d like to see the money used to draw in more tourism.

"More lighting because once you come past Greenwood, once you get to Greenwood there’s no lights, this looks like a ghost town," said Tyreiha Walker, who works at Wanda J's.

Others tell us they want more black business owners in the area, which is what the district was built on.

"As you look around, Greenwood is mainly filled with white businesses now," said Kristi Williams, a Tulsa resident.

Sen. Matthews says one major project in mind is bringing more technology, having visitors use their phones through self-guided tours. Locals hope the funds go toward improvements, while preserving the history.

"Some people say gentrification is not a bad thing but it is when you are really taking away the history of the people and I don’t think that’s something we are looking at deeply as we should," said Williams.

Sen. Matthews says the budget has to be done by May 31, which happens to be the anniversary of the Race Massacre.