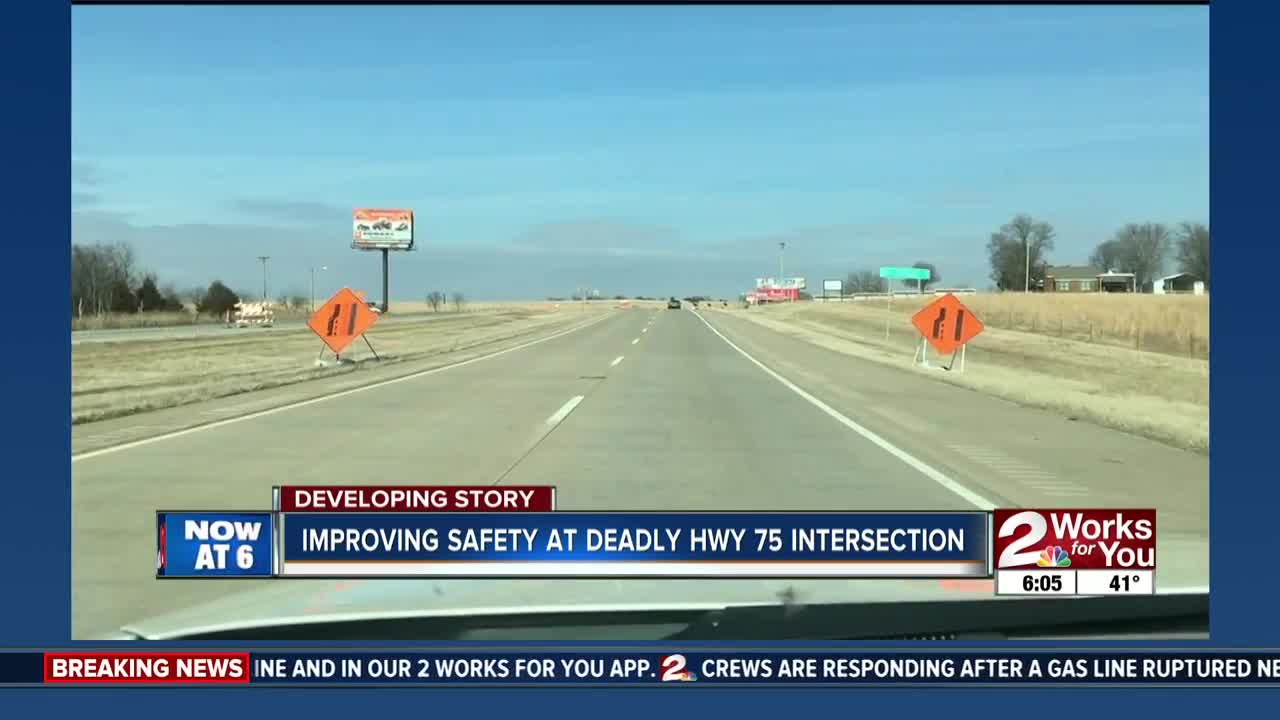 ODOT has begun installing two J-turns to improve a deadly intersection on Highway 75 where five people were killed between 2012 and 2017. 2 Works for You Reporter Gitzel Puente looked into the improvements. 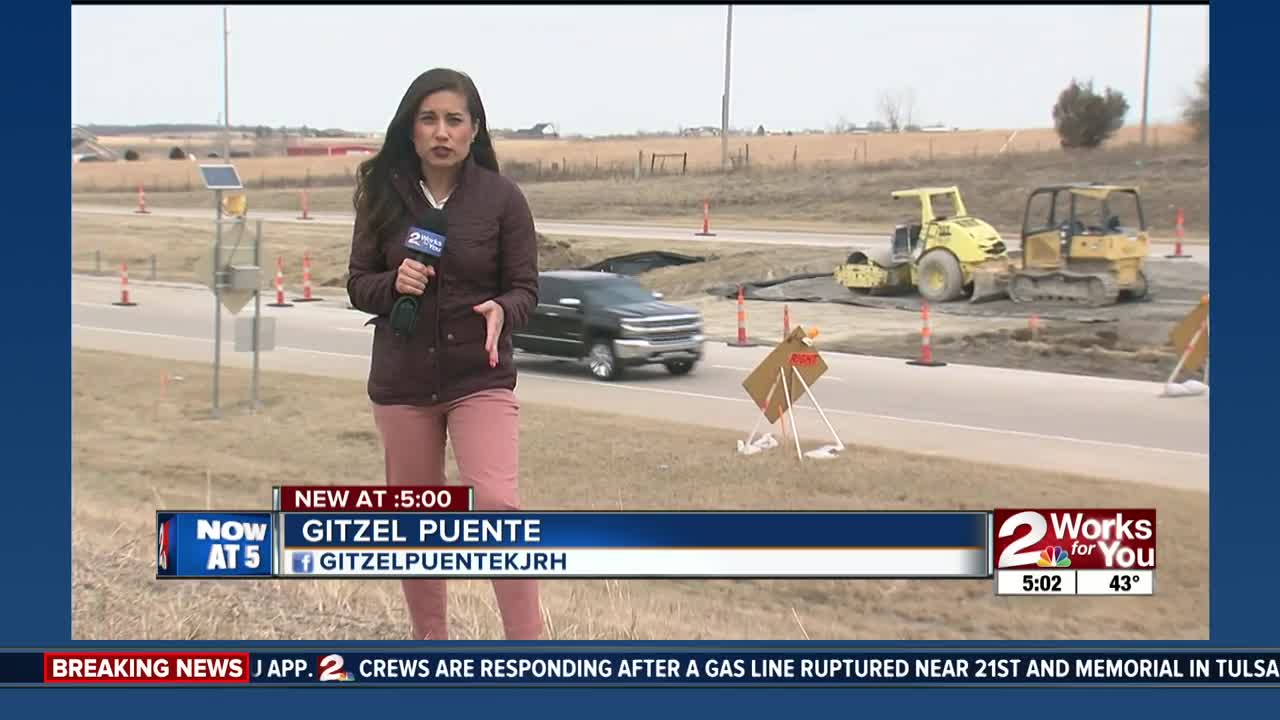 WASHINGTON COUNTY, Okla. — Big safety improvements are coming to an intersection on Highway 75 after several fatal wrecks over the past few years.

According to the Oklahoma Department of Transportation (ODOT) , there were 37 crashes on the 2900 Road and Highway 75 between 2012 and 2017. Five of the wrecks were fatal.

Currently, drivers have to cross multiple lanes of traffic to make a left turn from 2900 Road onto the northbound lanes of the highway.

To alleviate the crossover, ODOT is installing a J-turn at the intersection. This will allow drivers to make a right turn into the same direction of traffic and merge safely into the left lane, and then make a u-turn.

"We look at traffic counts and everything that we were seeing showed that some sort of improvement would help the drivers in this corridor," says Kenna Mitchell, a spokesperson for ODOT.

Another J-turn will be installed near the 2900 Road in front of the truck stop that has also seen crashes.

Crews started the project last year, and it's expected to be complete by summer 2019.

ODOT officials say a donation from the Cherokee Nation for $411,000 toward the $678,000 project has moved up the project by a couple of years.