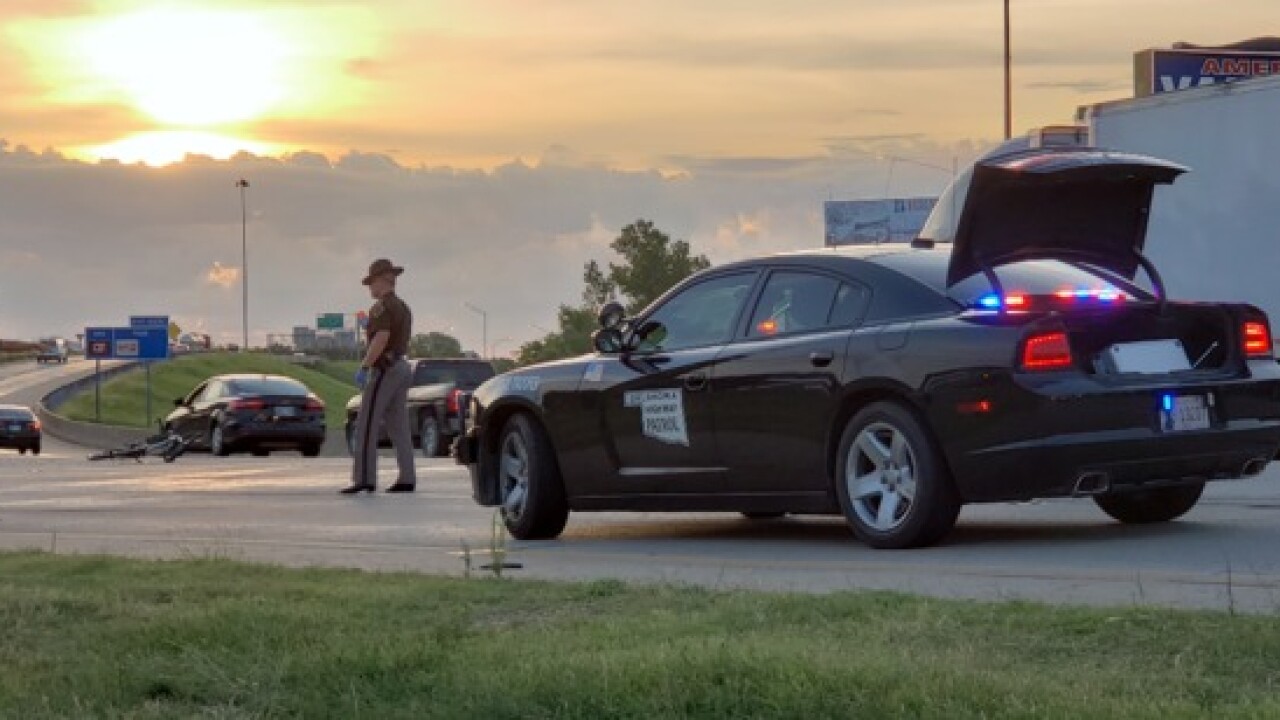 SAPULPA, Okla. - A person on a bicycle was hit and killed by a truck at the start of Tuesday morning's rush hour in Tulsa County.

This happened at the I-244 and I-44 junction. Officials said the bicyclist was traveling westbound on the interstate when he was struck by a vehicle heading northbound in the center lane on I-44.

The person who was hit was taken to the hospital, where he later died. The Oklahoma Highway Patrol is investigating.

The victim was identified as Allen Ponder, 49, of Tulsa.

The incident had northbound lanes of I-244 blocked for nearly two hours, but all lanes were reopened just after 8 a.m.