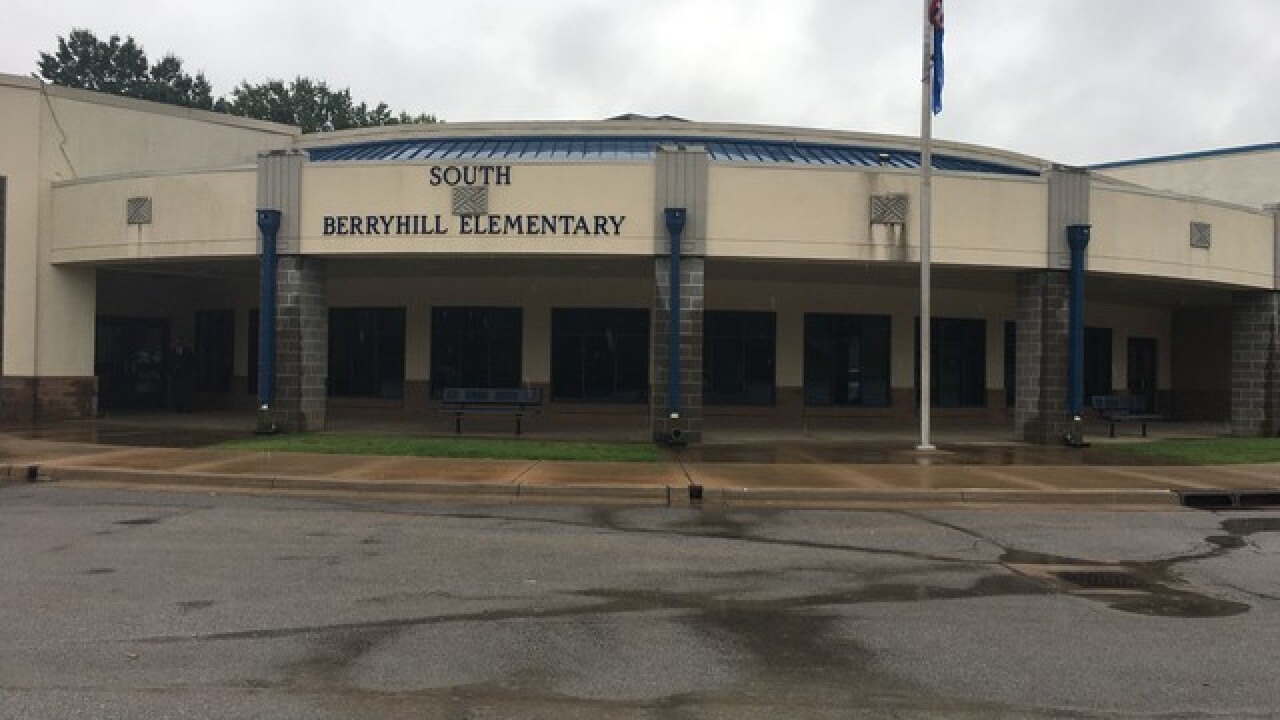 Students are returning to class at a Berryhill school Thursday morning after it was evacuated over a scent of natural gas.

ONG crews were called to the scene and the building was evacuated at about 9 a.m.

Students were moved to different parts of the school campus as a precaution while crews investigate.

Officials said the scent could possibly have been caused by an exhaust flap after rain moved through the area. Officials found no threat or serious concerns, and believe the scent was the result of rain.