Beer sales booming in Oklahoma, according to new numbers 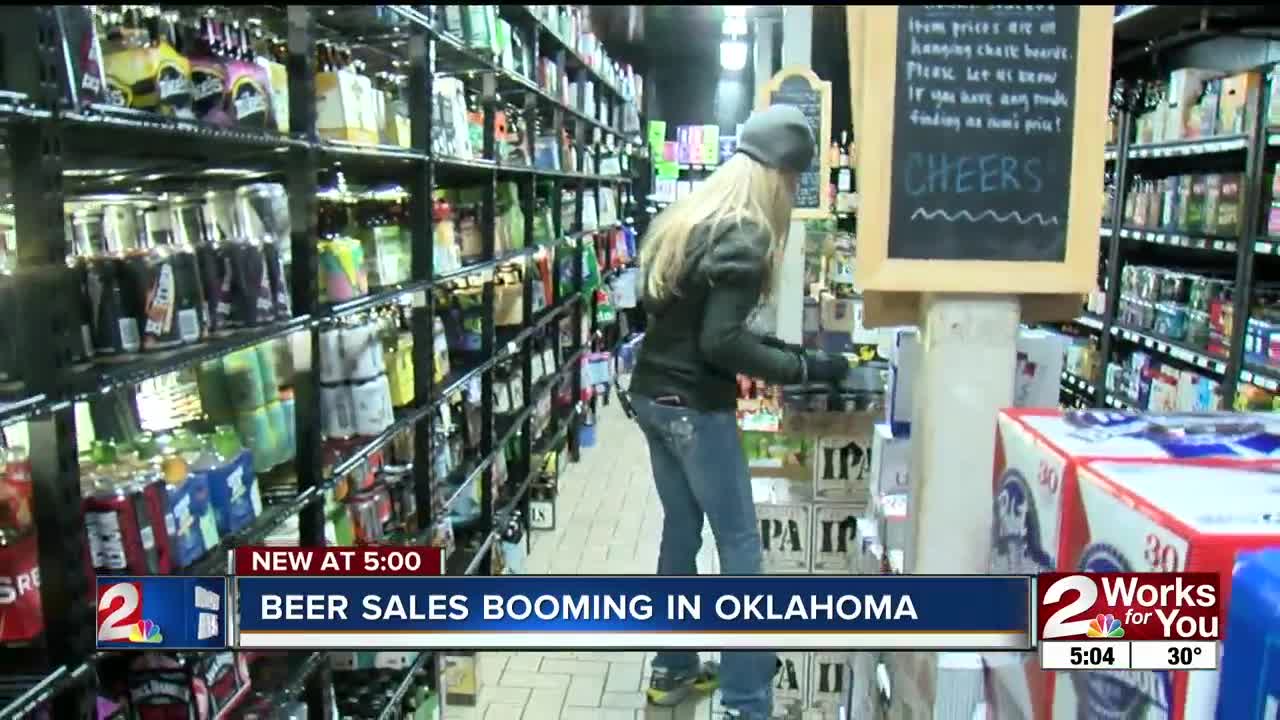 BROKEN ARROW, OK (KJRH) — It's only been a few months since high-point and cold beer came to Oklahoma, but the Oklahoma Beer Alliance says sales have risen as much as 10 percent for distributors across the state.

According to the Oklahoma Beer Alliance, distributors have had to add warehouse space to keep up with an increase in demand. Liquor stores have had to add extra storage to keep up with their own demand, as well as all the new inventory. With new beers coming in from all over the country, and now enough room to store them cold, sales are going up, and the number of customers they see is increasing as well.

"We've had a lot of new customers, people I've never seen before," said Katie Kramer, manager of Aspen Liquor in Broken Arrow. "It was strange because we had people who just couldn't get beer in grocery stores, but even after the law change it was still just new faces."

Kramer says because grocery stores have begun selling wine, liquor stores have seen a slight dip in that department. But with more space for more varieties of beer, the profits have more than made up.

A big road marker in 2019 will be summer. With cold beer now on the shelves, stores are expecting even more customers than previous years, especially on those scorching hot days.