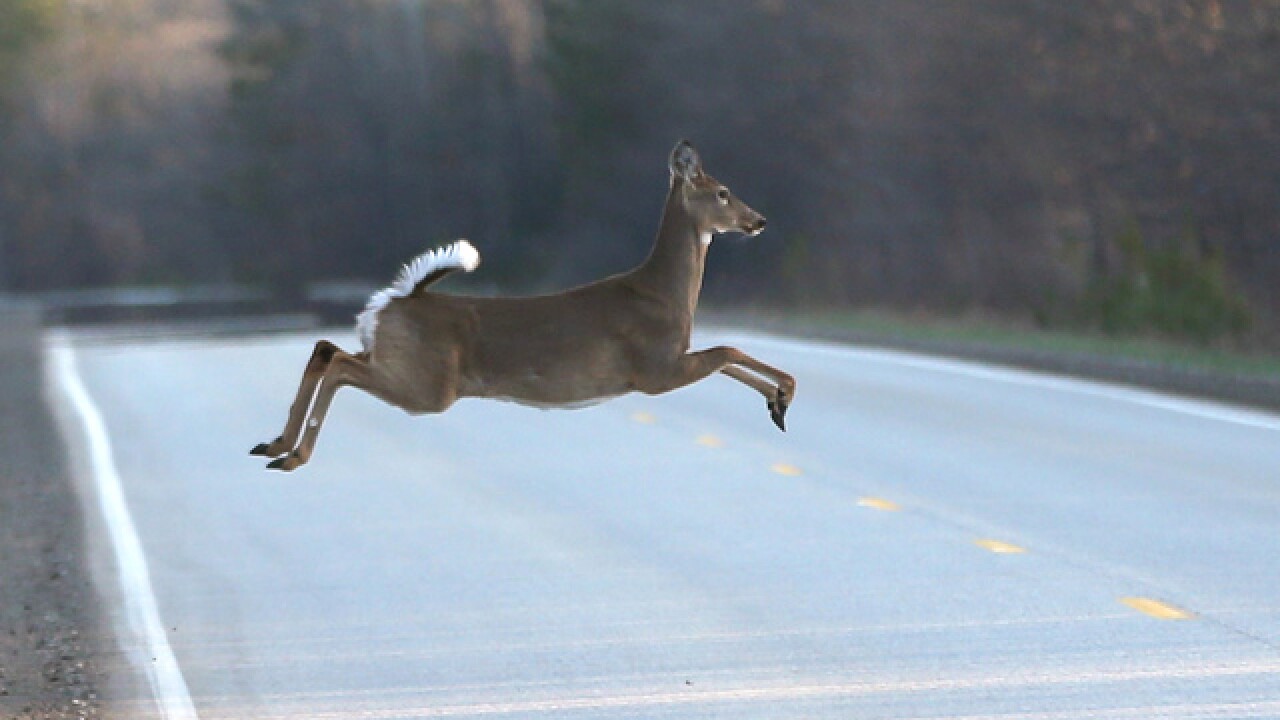 TULSA -- Tulsa County Sheriff's Office deputies say they have encountered large numbers of deer in roadways over the past two weeks, and they want to let drivers know to be alert.

“Deer are very active this time of year”, says Undersheriff George Brown. “We want drivers to be aware, so they can use added caution to try and avoid these potentially deadly collision.”

The National Highway Safety Office says on average, 200 people die in deer collisions across the country every year.

According to wildlife reports, buck activity is ramping up in northeast Oklahoma as they travel in search of females.

• Drivers should continuously sweep their eyes across the road in front of them for signs of animals and movement. Animals also may be alongside the road and may hit the vehicle by running into the side.
• When there’s no oncoming traffic, use high beams to spot animals sooner. The light reflecting off an animal’s eyes may reveal their location.
• If a deer is spotted, slow down and watch for other deer to appear as they rarely travel alone.
• Slow down around curves, which make it harder to spot animals down the road.
• Use brakes if impact with an animal is imminent, but do not swerve. Swerving away from animals may confuse them so they don’t know which way to run, and it may put the driver in the path of oncoming vehicles or cause the vehicle to crash into a pole or tree.
• Always wear a seat belt. The chances of getting injured in a crash with an animal are much higher when the vehicle’s occupants don’t have seat belts on.