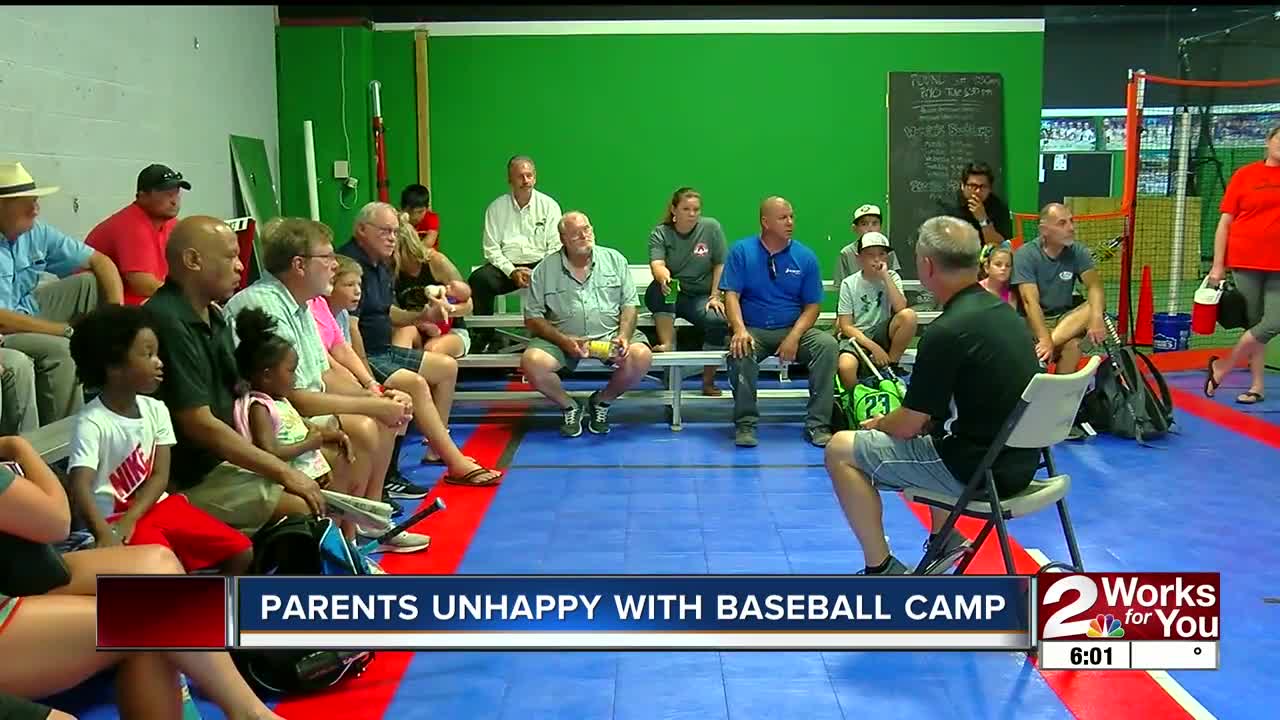 TULSA — A baseball camp strikes out as several parents are unhappy after paying hundreds of dollars for a program called American Baseball Camps.

Parents say the camp made promises on their website that the organizers didn't keep.

The parents we spoke with say there's been a lot of miscommunication and misunderstanding with The American Baseball Company.

Now they are saying one local baseball coach came to their rescue.

"It was advertised that there would be all these big named coaches and instructors on-site," said parent Carolyn Tarrier.

Tarrier signed her son up for a four-day Tulsa baseball camp, one of many put on across the country by Wichita-based American Baseball Camps

She and other parents say it wasn't what they expected.

"We showed up to where the camps are supposed to be on Monday, and no one was there so for about two, two and a half hours we called and called," Tarrier said.

Tarrier eventually learned the camp had been moved to a new location because of the heat.

When she got there, she and other parents we spoke with say they were disappointed by what they saw.

"We get to the camp at the other side and it's indoors," said Tarrier. "There is a couple of high school guys and one college student who is basically running the camp."

Some parents tell me they've reached out to American Baseball Camps with concerns, but haven't heard back.

A grandfather of one of the campers says he doesn't blame Yoder.

"It's a little different than what was presented on paper but Steve was involved in those decisions," said grandparent Jim Gifford. "I have a feeling he was trying to help somebody out and now maybe it sounds lie maybe someone is taking shots at him."

Gifford says despite the initial issues, the campers seem to be enjoying themselves.

"I did see the kids receiving some skills instruction yesterday and the day before and like I said at the end of the day it's not about the parents its about the kids," said Gifford. "If the kids are having a good time that's what you want to do."

Information about the Tulsa camp disappeared today from the American Baseball Camps website.

"Per our contract with the Host Camp Director, the management of the camp is beyond our control outside of signing a great Camp Director which we feel we’ve done in Tulsa," said Rotola in a statement. "Camp facilitation is the sole responsibility of the camp director. We provide local Camp Director’s with campers, insurance, training, video analysis for camper’s swings, curriculum, schedule for the day, etc."