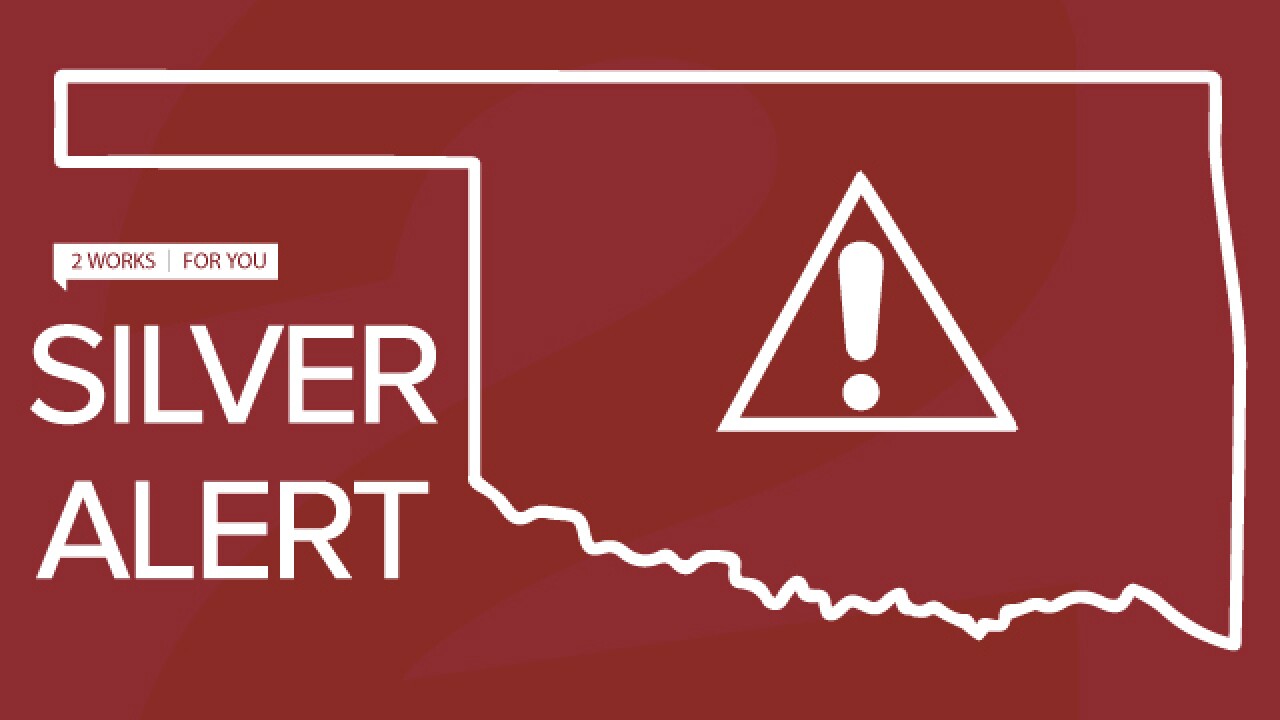 BARTLESVILLE, Okla. — UPDATE: Eugene Springer was found safe in Hominy, Okla., according to the City of Bartlesville.

The Bartlesville Police Department issued a Silver Alert for a missing man.

Authorities described Springer as a white male and he was last seen wearing an OU Sooners ballcap.

Springer was driving a grey 2016 Honda CRV with the Oklahoma tag CRZ-420.

Police said he is diagnosed with dementia.

If you have any information regarding Springer's whereabouts, call 911 immediately.