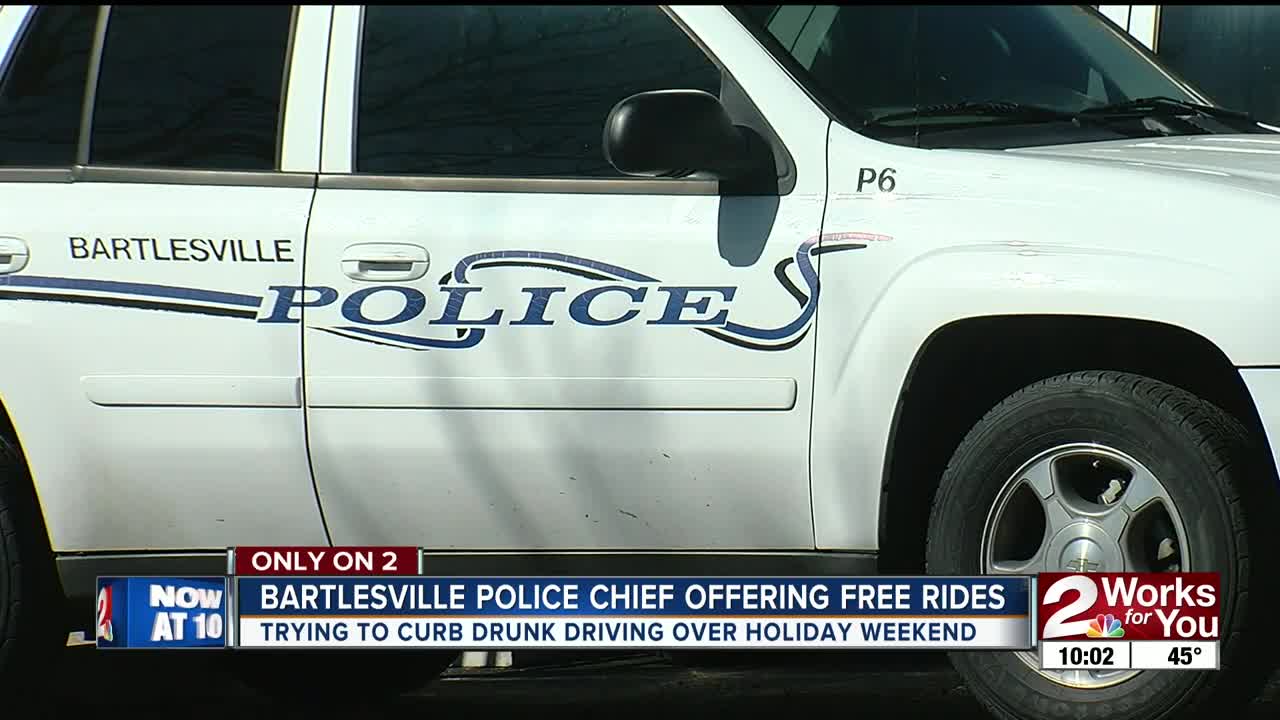 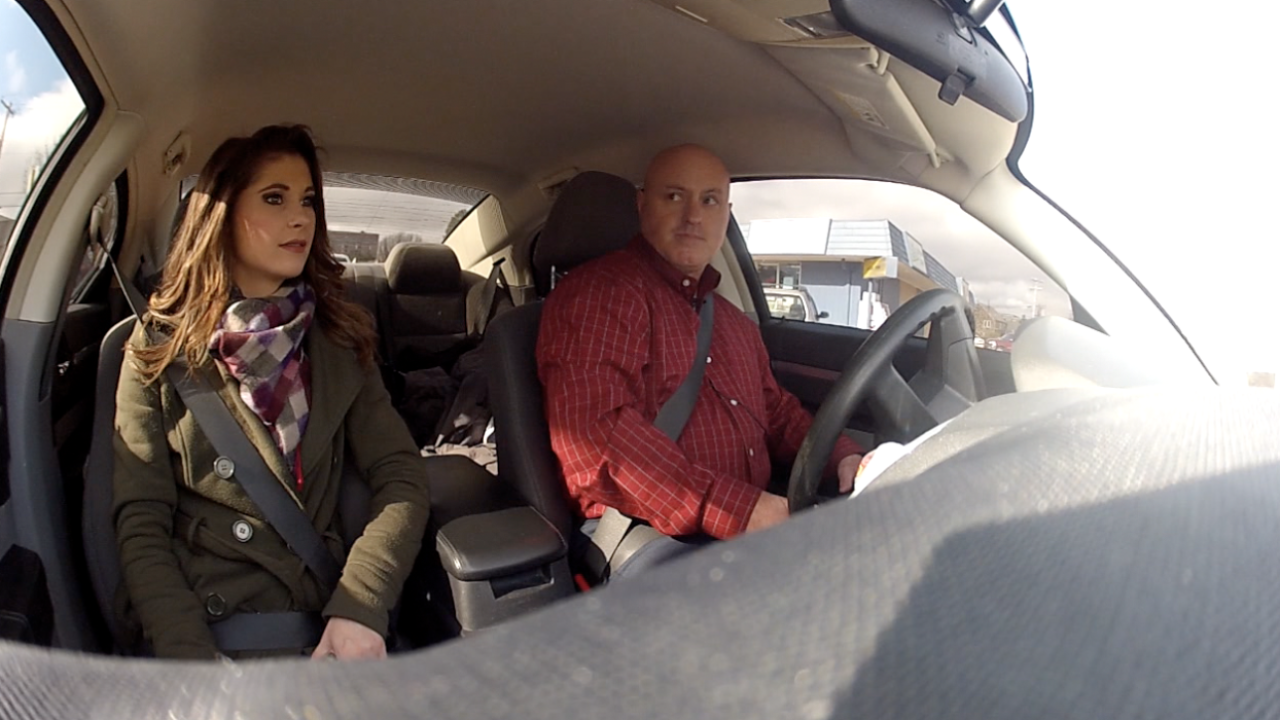 BARTLESVILLE, Okla. -- Studies show DUI fatalities could double this St. Patrick's Day because the holiday falls on a weekend instead of a weekday. A Green Country police chief is working to prevent these tragedies by offering free rides Saturday night.

Bartlesville Police Chief Tracy Roles rang in the New Year driving residents from the bar to their home in an effort to keep drunk drivers off the street.

"Certainly glad he called us because he did not need to be driving," said Chief Roles.

He only had one caller that night because the service is new with the department, and Chief said there are two other strong factors why someone would've want to call.

"Number one, it was okay to get drunk and call the police, and number two, we weren’t going to take him to jail," said Chief Roles.

If you're around the city of Bartlesville, all you have to do is call dispatch at 918-338-4050. He’ll come pick you up in his car, you’ll sit in the front seat, and he’ll take you home, no questions asked.

"We’re not going to take you to jail, we’re not going to do any of that stuff, it’s just a matter of public safety, we want to give you the opportunity for us to get you home safely," said Chief Roles.

Chief Roles is offering the rides again this St. Patrick's Day weekend on Saturday night from 10 p.m. to 3 a.m.

"I’ve read about it, I’ve known people who have been caught up in that and it’s so scary," said Branon Vaughan, a Tulsa resident.

With St. Patrick's Day falling on a weekend, Chief Roles hopes residents all over the state be smart and call someone before getting behind the wheel while impaired.

"You’re talking to that person and later you’re reading about them in the paper and it breaks your heart," said Vaughan.