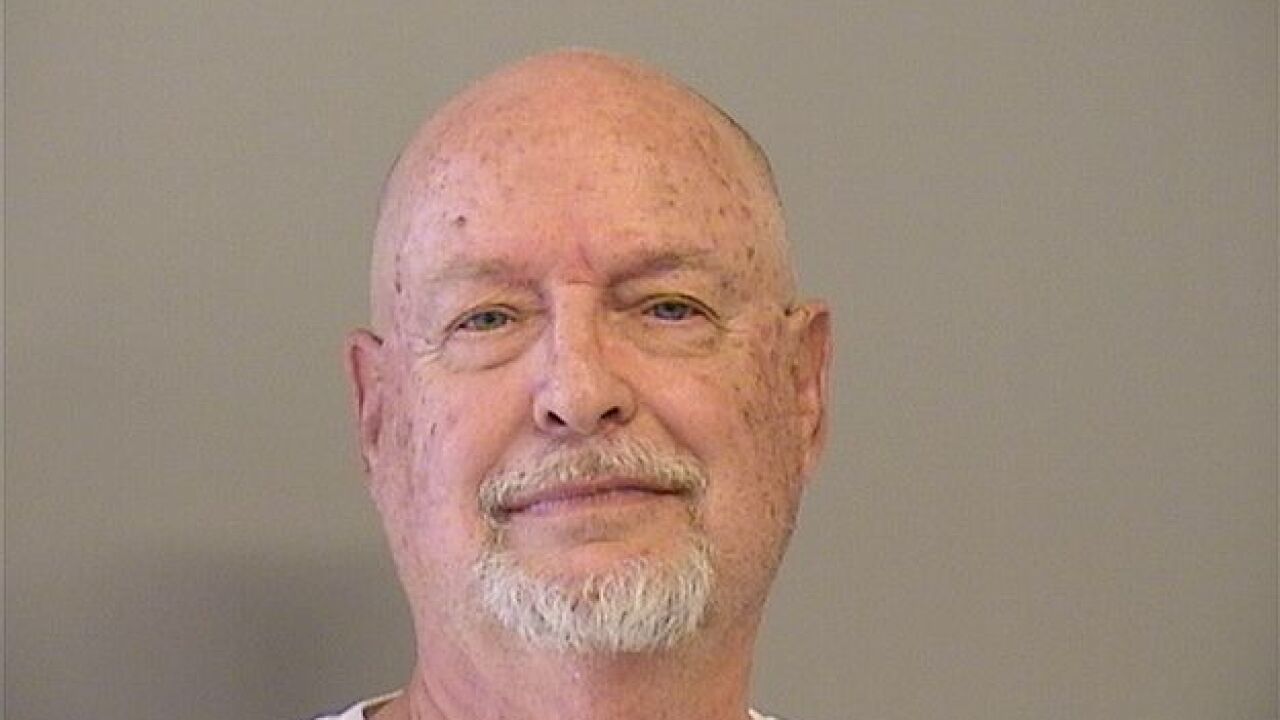 TULSA, Okla. — Witnesses say a 70-year-old Barnsdall man became enraged while driving on U.S. Highway 169 and swerved into a motorcycle rider, who narrowly avoided being run over by other traffic.

Tulsa police arrested Clark Forest Todd for assault with a deadly weapon for the alleged incident that took place near East 36th Street North about 4:30 p.m. on Thursday.

Officers say a motorcyclist was driving 65 mph in the far inside lane of U.S. 169 when a Chevy Cruze, driven by Todd, tried to pass on the inside shoulder.

“As the car was passing the motorcycle [on the shoulder], the rider of the bike slapped the side of the car, which enraged the driver,” a TPD report says. “The driver swerved the car over, hitting the motorcyclist [and] causing him to wreck the bike.”

According to police, the motorcycle and rider slid across the highway while traffic was swerving off the road attempting to avoid hitting the man.

The motorcyclist was transported to a local hospital with a possible concussion, broken left ankle and road rash on his hands and torso, police say.