Barbara Bush is remembered for her legacy in Tulsa 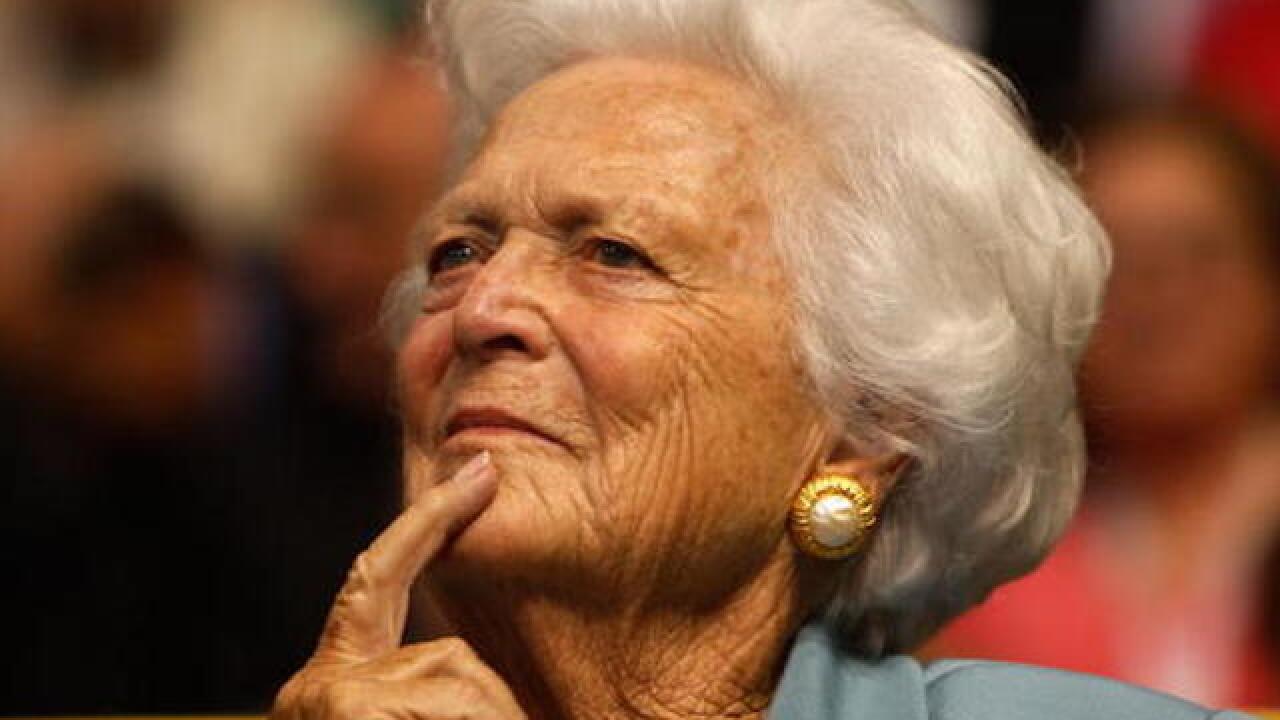 Image copyright 2018 Getty Images. All rights reserved. This material may not be published, broadcast, rewritten, or redistributed.
Scott Olson
<p><strong>BARBARA BUSH</strong>, 92 (Died: April 17) — The wife of President George H.W. Bush, and the mothers of both President George Bush and former Florida governor Jeb Bush, Barbara Bush oversaw the rise of a political dynasty. As first lady from 1989 to 1993, she promoted the cause of literacy and launching a nonprofit to further the cause. CNN reports that after her husband left the White House, the two raised more than $1 billion in charitable funds.</p>

TULSA, Okla. -- Those who knew Barbara Bush said she was everything you'd expect her to be, the kind of person who became an instant friend.

"She's very genuine, very easy to get along with, but a person that you could always count on to be a very loyal, dear friend," former mayor Dewey Bartlett said.

Bartlett met the First Lady after she befriended his parents. His father was a US senator when George H.W. Bush led the CIA. Bartlett said with is own parents gone, the loss hits close to home.

"She kind of represented an era. Surely representing a relationship between my parents, Mrs. Bush, and the President. And now they're going away," he said.

"They loved Tulsa because so many of their friends were from here back from the good old days of Midland. So they loved this city," Lawson said.

Lawson said the President and First Lady set an example for love, and it was clear every time he saw the two together.

"They had a lot of give and take back and forth between the two of them. Always in good spirits and good humor. They just cared a lot about each other. Always holding hands," he said.

During the 1990s Barbara Bush also spent time volunteering in Tulsa, including time spent with the housing authority teaching the importance of literacy to children in need.