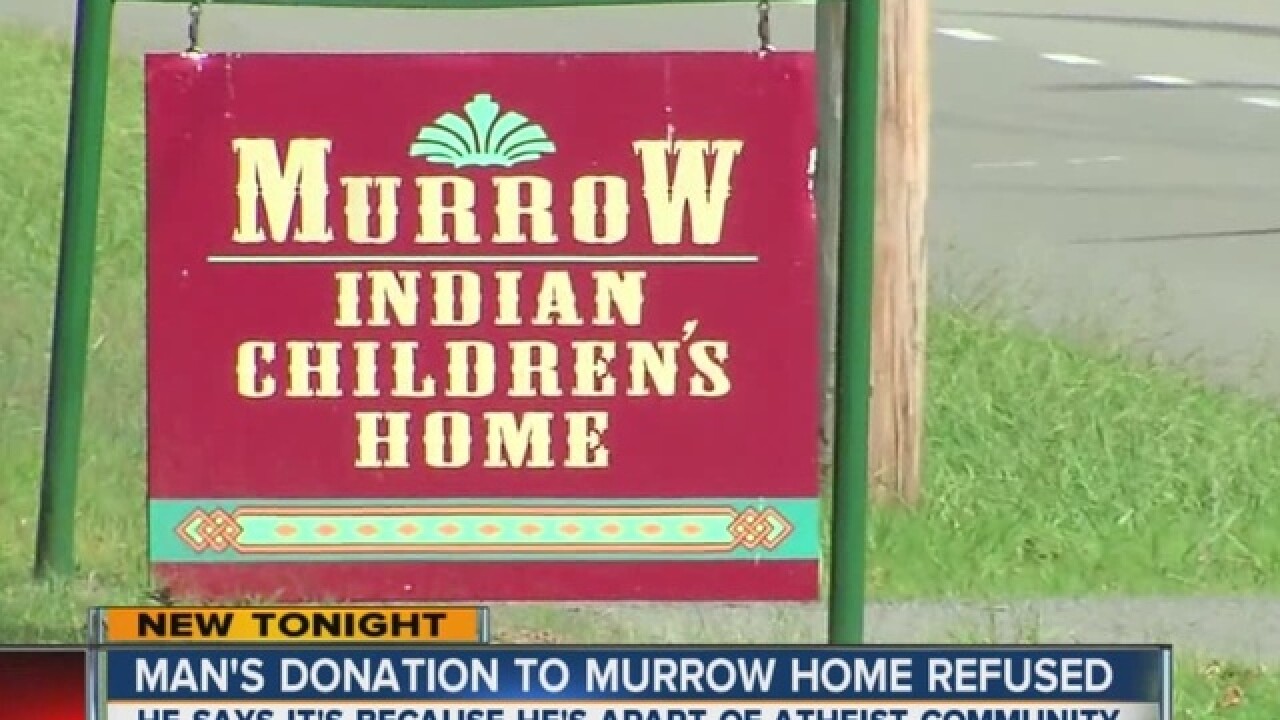 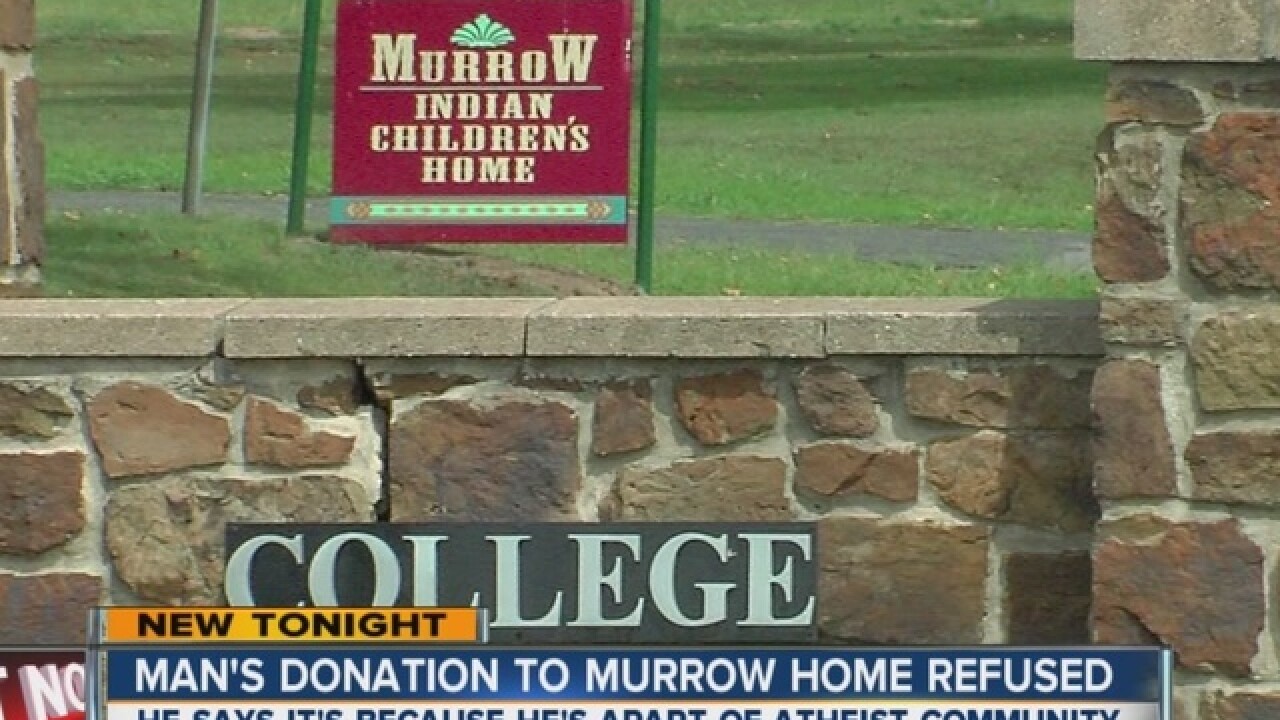 MUSKOGEE, Okla.- A man's donation to a Muskogee Children's home was refused because the man was an atheist. We've learned his gift has grown exponentially and the home still doesn't want it.

It started with a simple donation and the number has swelled to five digits. But the children's home doesn't want a dime.

"This does nothing to build bridges between the non-believing Christians and the Christians," Oklahoma Regional Director for American Atheists William Poire said.

As William Poire holds a white piece of paper in his hands, frustration begins to boil.

"Would they decline it from a Jew because they don't believe it accordingly?" he said.

It began with an attempt to give just $100 to the Murrow Indian Children's Home. It's now something much more.

"Why can't an atheist organization donate and contribute and hold hands with out theistic brothers and sisters to do good when we both share that same common desire?" Poire said.

A statement from the children's home was released Wednesday. They say they appreciate the generosity, but will not accept any amount. They say to advertise the atheist group would be contrary to biblical principles and that it's not personal.

"It is better to take that money and out it towards a good cause than it is to stand on ones principles that you're not going to work side-by-side with an atheist,"

"Who can look at a child and think anything other than, 'Lets help this kid out,'" Poire said.

It's a frustration he's felt before and will probably feel again. But he'll keep trying to help and build that bridge.

All of the money but $5,000 will go to Camp Quest, a non-religious camp. Camp officials say with the money they'll improve camp programs and increase the number of financial aid recipients. We've been told the remaining $5,000 will be donated to the children's home anonymously.