BAPD: Charges filed against 3 in connection to homicide 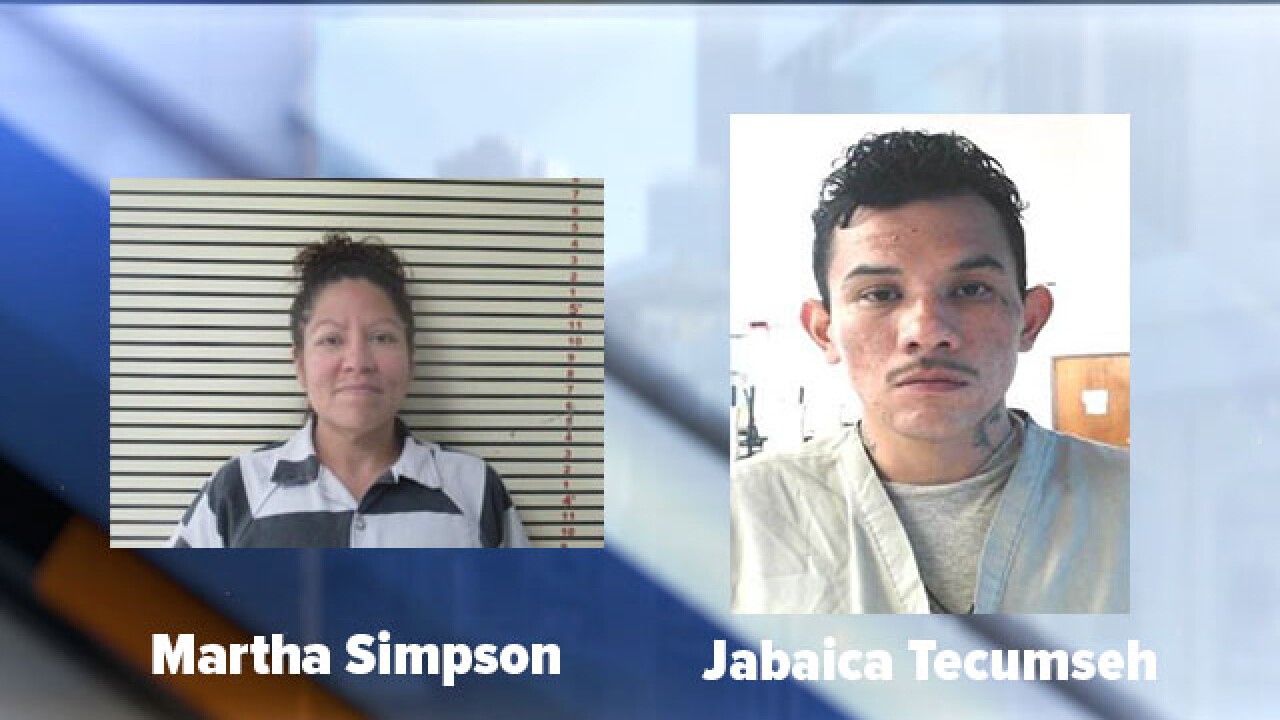 Charges have been filed against three people in connection to an assault that likely resulted in the death of a man, according to the Broken Arrow Police Department.

In late 2019, the Broken Arrow Police Department says they received information about the assault of 39-year-old Robert Trevor Richardson that likely resulted in his death.

Investigators were able to gain information from witnesses, and after working with the Wagoner County DAs Office, arrest warrants for 1st Degree Murder and Desecration of a Human Corpse were issued for Martha Simpson, Jabaica Tecumseh, and Tommy Tecumseh.

BAPD say both Martha Simpson and Jabaica Tecumseh have been arrested, however, Tommy Tecumseh is still at large but being searched for.

Police say Richardson's remains have not be found.

Police say this is an active and ongoing investigation.