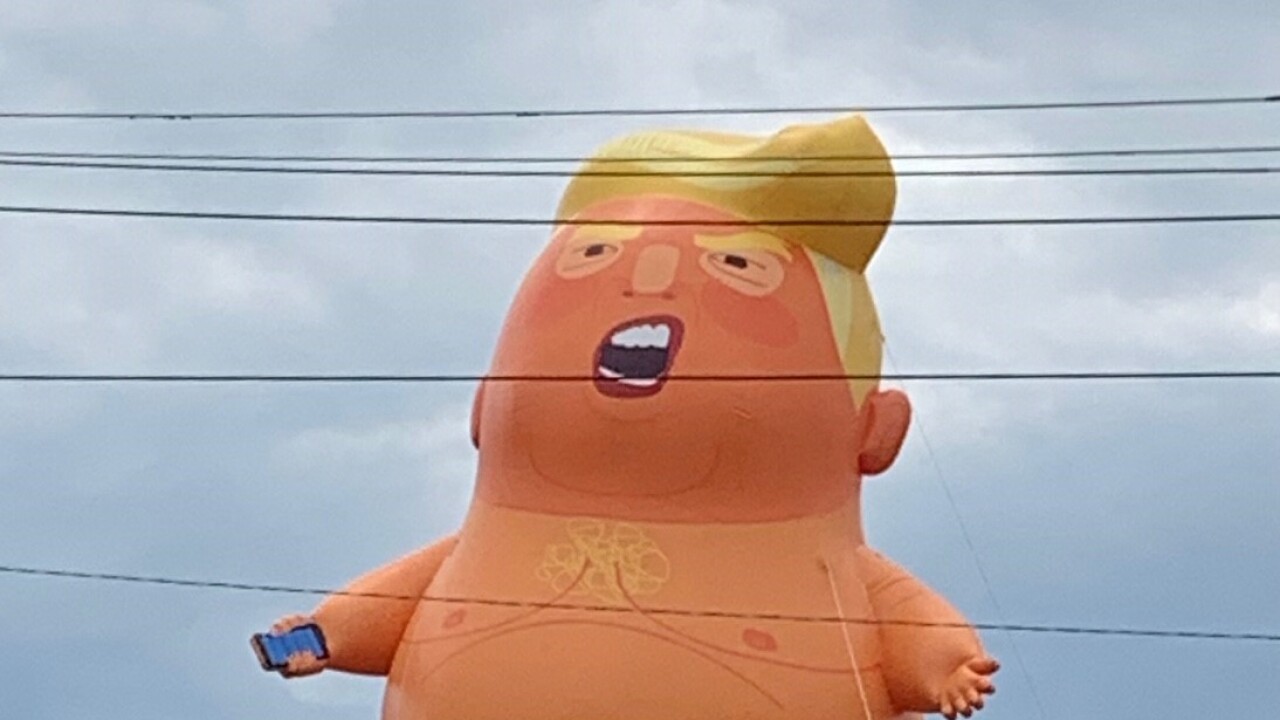 TULSA, Okla. — Anyone heading downtown for President Trump's rally on Saturday will probably see a large balloon that looks like the president in a diaper.

The balloon is on top of The Venue Shrine at 18th and Boston.

This is not the first time this balloon made an appearance at a location where President Trump planned an event. It appeared in places like San Diego, New Jersey and England.

President Trump and Vice President Pence will be in Tulsa Saturday night for a rally. LIVE coverage here --> LIVE STREAM

“We fully stand behind those who are voicing their political opinion. This is America. The constitution is created to protect dissent. That’s what the framers had in mind, first and foremost. We encourage political speech. We would like it to be peaceful. We think Tulsa has done a good job thus far of showing the world that we are tolerant and we encourage all points of view," said Kajeer Yar an organizer.

A second similar balloon is set up at Veteran’s Park for a rally this evening. This will be the first time two of the balloons are in one place at one time.