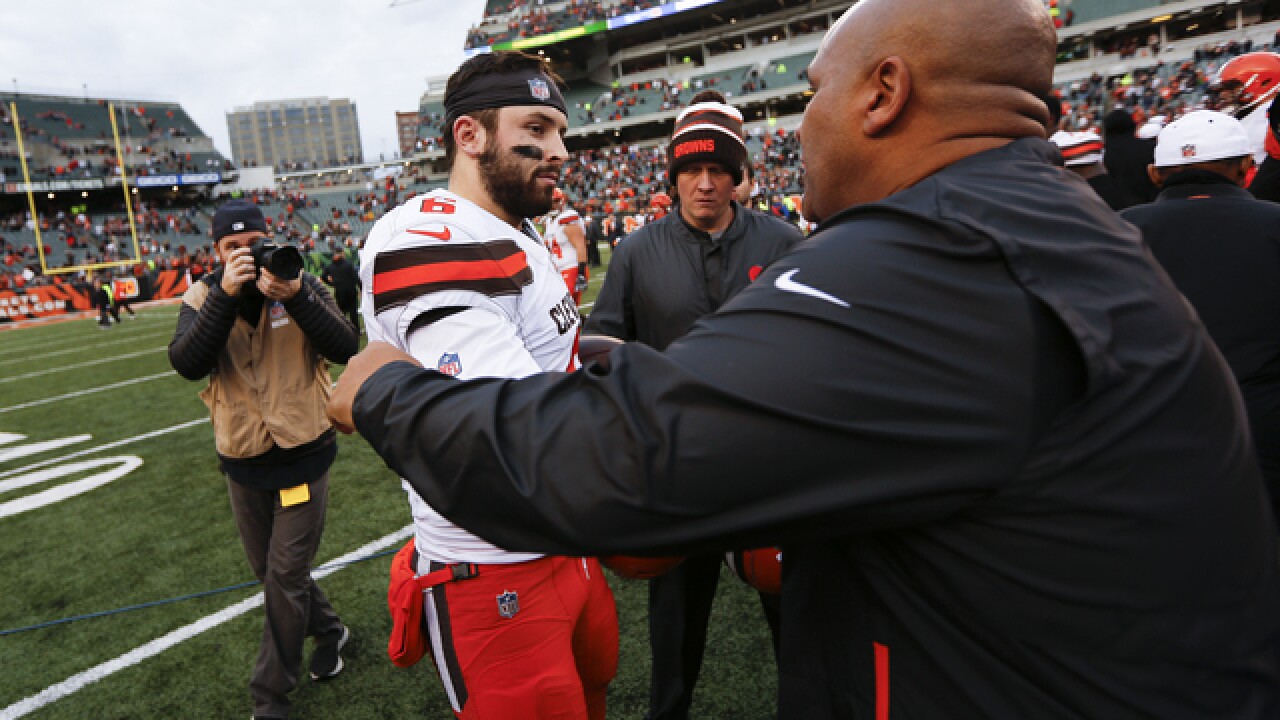 BEREA, Ohio (AP) -- Baker Mayfield won't change for anyone and refuses to be a "cookie-cutter quarterback."

Cleveland's outspoken rookie said Wednesday that he doesn't regret calling former Browns coach Hue Jackson "fake" and he has no intention of changing his behavior. Following the Browns' 35-20 win on Sunday in Cincinnati, Mayfield was cold toward Jackson and then said he was unhappy his first NFL coach accepted a job with the Bengals, a division rival.

Mayfield's comments drew criticism and he fired back with a post on Instagram assailing Jackson. Mayfield declined to elaborate about their relationship.

The No. 1 overall draft pick said he's entitled to his opinion, and "although I'm an athlete, I'm not a cookie-cutter quarterback, never have been, never will be. I speak my mind. That's just how I am, so I didn't like the (Jackson) move and people don't have to care. I'm not looking for anybody's approval."