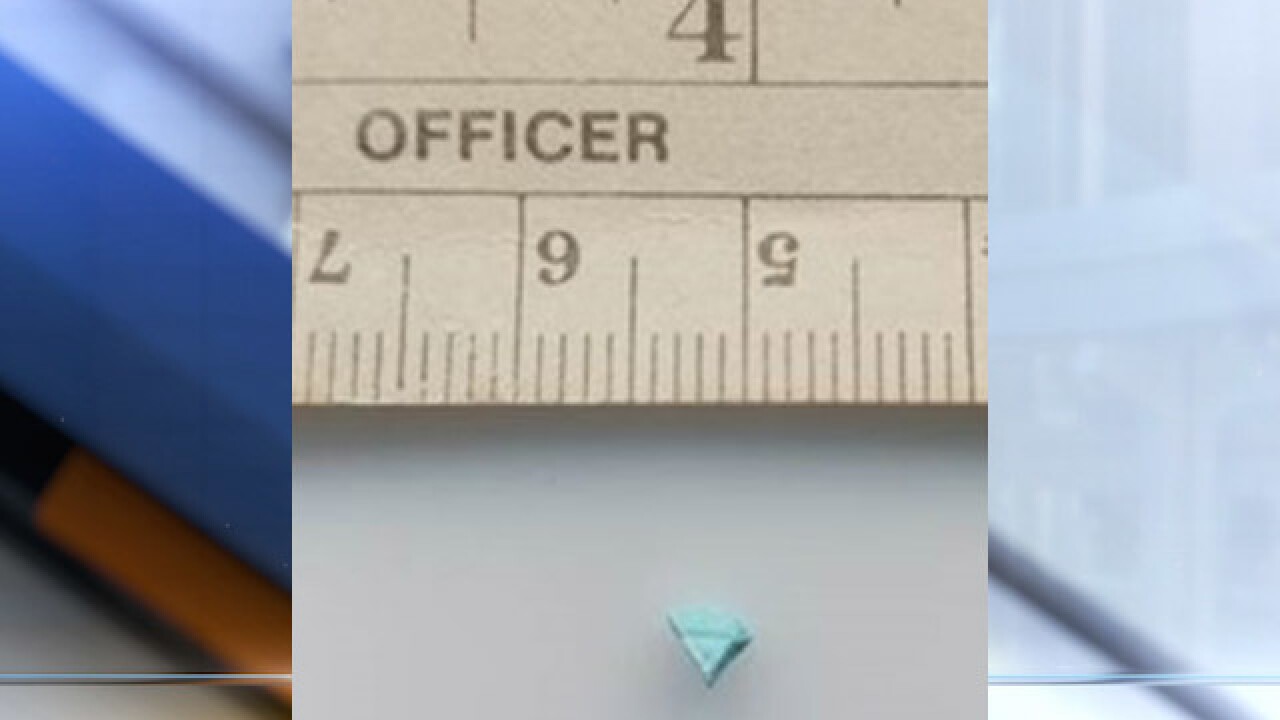 Copyright 2018 Scripps Media, Inc. All rights reserved. This material may not be published, broadcast, rewritten, or redistributed.
<p>This sample from one of the overdose cases mentioned in the Press Release was submitted to OSBI and confirmed as a counterfeit Oxycodone pill containing Fentanyl</p>

State and federal authorities have issued warning about deadly counterfeit pills after one person has died.

In a statement, the Oklahoma Bureau of Narcotics, Oklahoma State Bureau of Investigation and the U.S. Drug Enforcement Administration said they are trying to get the pills off the street after one person died and another was hospitalized.

“It appears both victims bought what they thought was the prescription painkiller, Oxycodone.  However, a sample of a pill submitted to the OSBI Lab tested positive for Fentanyl, a very powerful and cheap synthetic opioid often sold on the black-market by itself or used as filler in such drugs as heroin.   These counterfeit pills have been pressed into the same shape, with the same color and brand markings as legitimate pharmaceutical Oxycodone, so it’s almost impossible to tell the difference out on the streets.”

Officials said the second victim was saved by Narcan, which is administered after an opioid overdose.

Authorities said they are seeking the public's help to identify the source - they are asked to contact OBN at 1-800-522-8031.