Auditors: 30M taxpayers will owe more due to low withholding 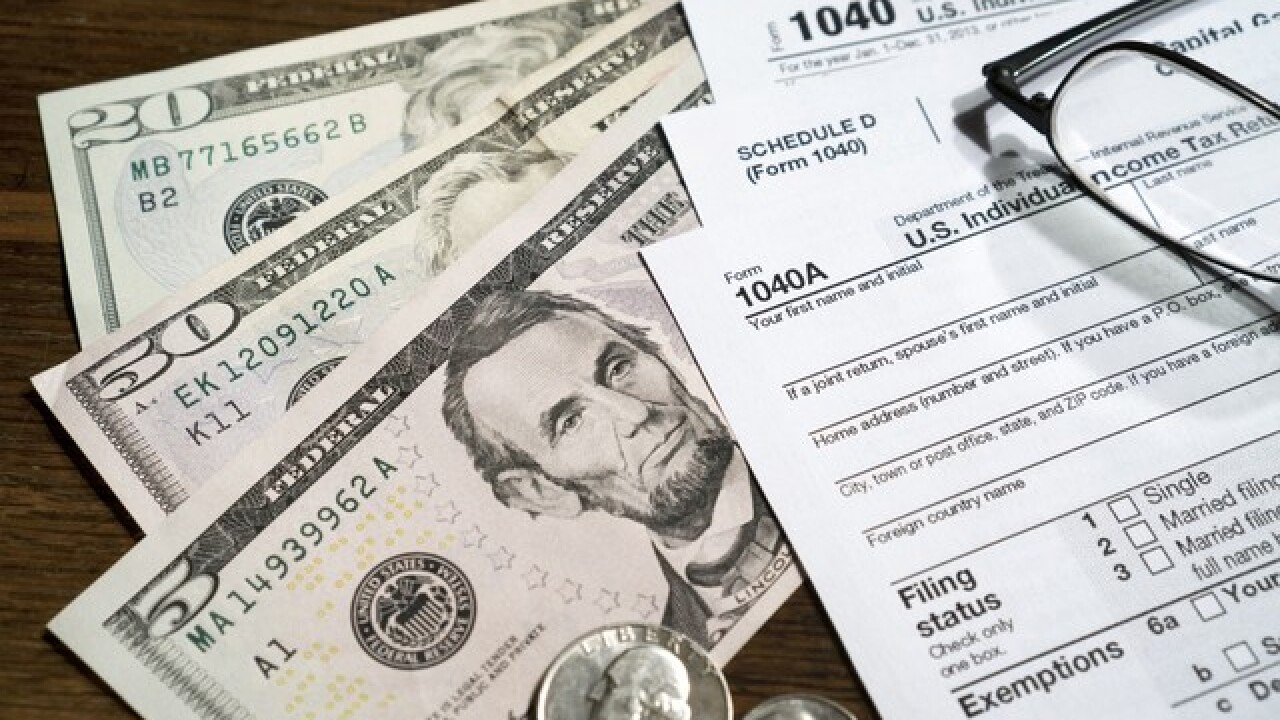 WASHINGTON (AP) -- Congressional auditors say about 30 million people -- 21 percent of U.S. taxpayers -- will have to come up with more money to pay their 2018 taxes next year because their employers withheld too little from their paychecks under government tables keyed to the new tax law.

New tax withholding tables for employers were put together by the government early this year. About 30 million workers received pay that was "under-withheld" -- making their paychecks bigger this year but bringing a larger bill at tax time next spring, according to the Government Accountability Office's report.

About 27 million taxpayers would have been affected even if the new law hadn't been enacted. The changes, however, added an estimated 3 million to that number.

Millions of American workers started getting fatter paychecks early this year, as employers withheld less money in anticipation of lower income taxes under the law. According to the nonpartisan Tax Policy Center, a middle-income household should on average get a $930 tax cut this year, lifting its after-tax income by 1.6 percent.

But many taxpayers will end up paying more, because of complications in the new tax law that may not have been taken into account by employers in estimating workers' tax obligations.

The Treasury Department and the IRS are responsible for updating the tax withholding tables each year. Highlighting the importance of accurate tables, the GAO said Treasury and the IRS currently don't lay out in writing their roles and responsibilities for annual updates. The auditors recommended that they do so, in accordance with federal standards for internal controls.

Treasury and the IRS agreed with that recommendation, the report said.

Treasury and the IRS "worked to update withholding tables, worksheets and instructions," Jeffrey Tribiano, IRS deputy commissioner for operations support, said in a letter to the GAO responding to the report. He noted the "tight time constraints" that the agencies worked under.

The report by the independent auditors was requested in January by the senior Democrats on the Senate and House tax-writing committees, Sen. Ron Wyden of Oregon and Rep. Richard Neal of Massachusetts. They asked the GAO to analyze the withholding tables under the new Republican tax law to make sure workers' paychecks weren't being widely under-withheld.

Wyden on Tuesday called the GAO report "an alarm bell for the nearly 30 million households that are expected to owe more money come tax time this spring."

"Withholding tables directly affect the size of paychecks earned by Americans all across the country, and millions of American taxpayers have gotten bad advice under this administration on how much to withhold," Wyden said in a statement.

He said the lack of written documents on Treasury and IRS roles "is an opening for future abuse."

Tax experts suggest that all taxpayers look at the online tax withholding calculator issued by the IRS in February, to ensure they are having the correct amount withheld. Taxpayers also should update the information on their W-4 forms, experts say.

The IRS has said the new withholding tables should produce an accurate withholding amount for people with simpler tax situations. But experts say those who will still itemize under the new law, or have larger families or more complicated tax situations may want to take a closer look.

The GAO's assessment came as news emerged that the Trump administration is considering bypassing Congress to give a big tax break to wealthy Americans by reducing taxes levied on capital gains. Administration officials said no decision has been made on whether to proceed.

Cutting capital gains taxes was one of only a few items on the wish list of conservatives and Republicans that didn't make it into the massive tax law hustled through Congress late last year by Republicans, which became President Donald Trump's signature legislative achievement. The $1.5 trillion package provides generous tax cuts for corporations and wealthy Americans while offering more modest reductions for most low- and middle-income individuals and families. No Democrats voted for the legislation.

House Republicans last week launched an effort to expand the tax law, aiming to make permanent the individual tax cuts and small-business income deductions now set to expire in 2026. The solid Republican majority in the House nearly ensures passage of the proposals before the November elections, but Senate passage is considered unlikely