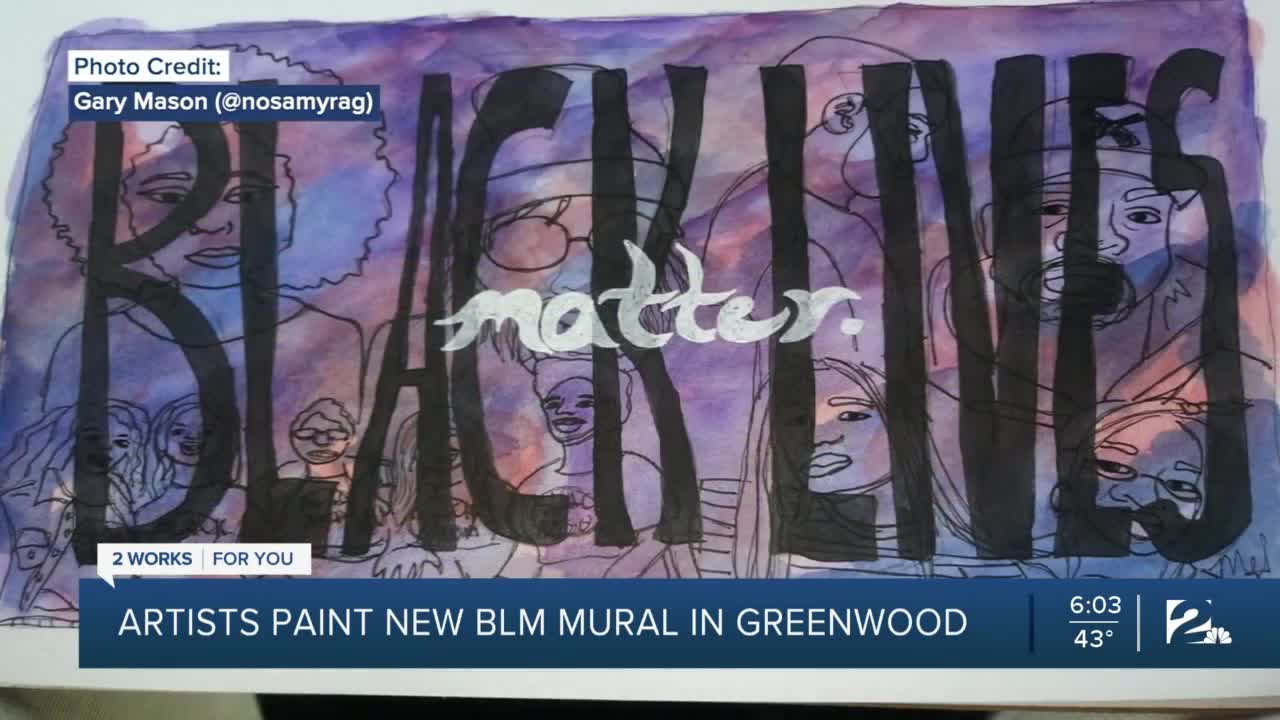 This comes just weeks after the City of Tulsa removed another mural on North Greenwood Avenue. The controversial removal of the mural was part of a mill and overlay project already scheduled for the street.

Elizabeth Henley, on of the artists said in a statement about the mural, " We definitely approached the mural intentionally, realizing the gravity of the situation of having the Black Lives Matter removed from a place where Black dreams were removed almost 100 years ago."