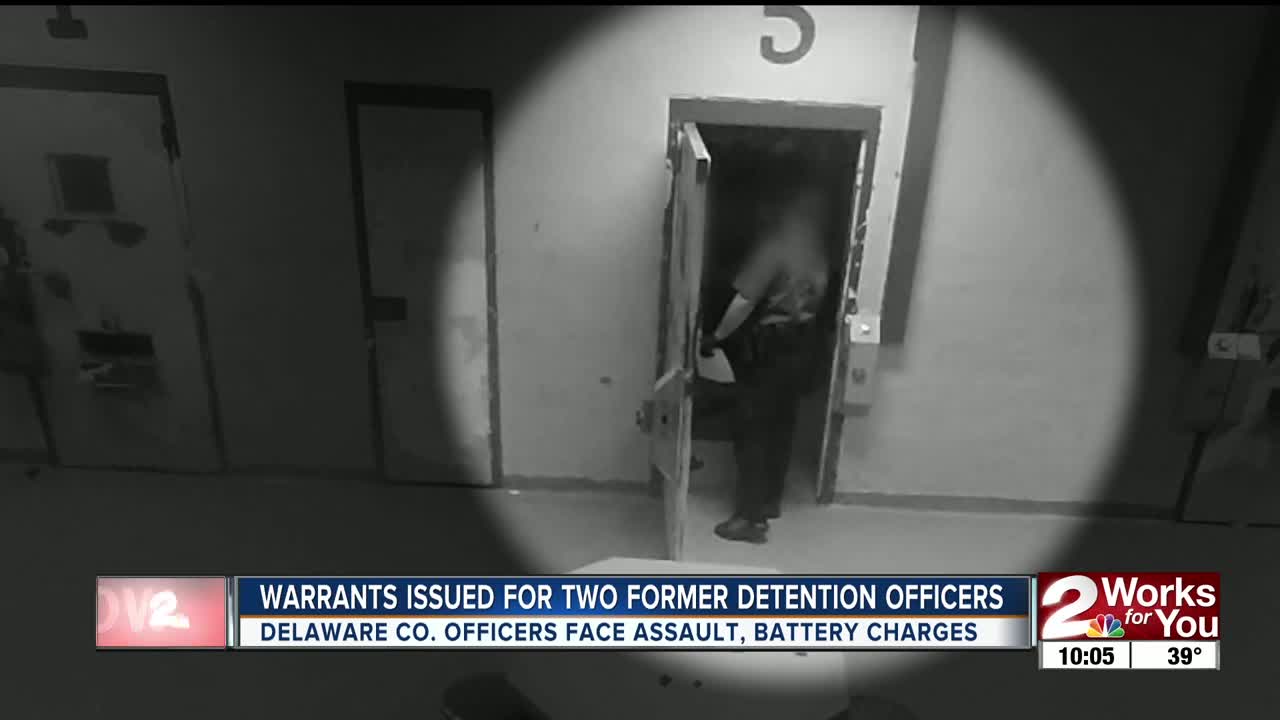 DELAWARE COUNTY, Okla. — Arrest warrants have been issued for two former detention officers in connection to a tasing investigation at the Delaware County Jail, according to documents from the Oklahoma State Courts Network.

Court records show Shelly Mayberry and Charles Hayes were issued warrants Thursday on multiple counts of assault and battery with a dangerous weapon.

Both officers were terminated in connection to the allegations that inmates had been tased by them at the Delaware County Jail.

For More Information and Court Documents

Five inmates in the the jail say they were being "drive stunned" with a taser by a detention officer, according to Sheriff Moore with the Delaware County Sheriff's Department.

"The use of a taser is only authorized when a situation would require the use to restrain an individual or during training," Moore said. "Detention officers are provided certified training on the proper use of a taser."

Officials conducted several interviews with other detention officers and inmates, Moore said. He said it's clear from surveillance video inside the jail that something did take place.

Moore provided the surveillance video that sparked the investigation into the allegations made towards the two detention officers.

This is a developing story.