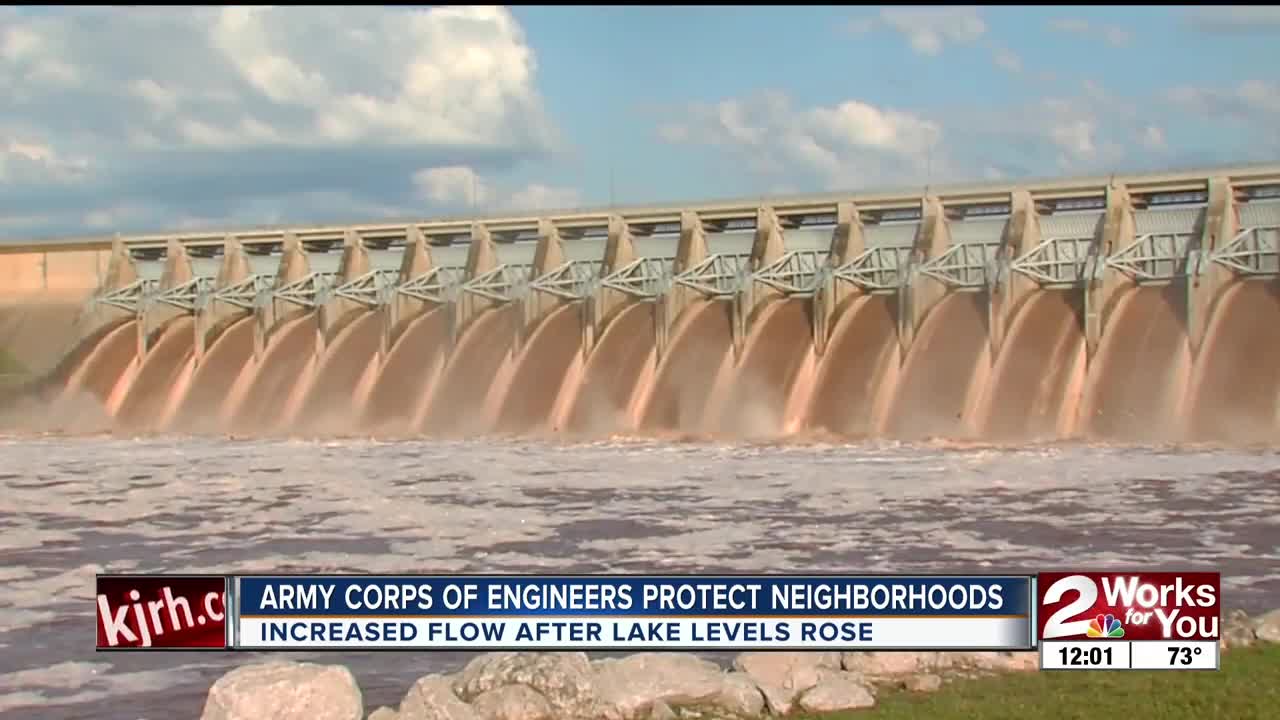 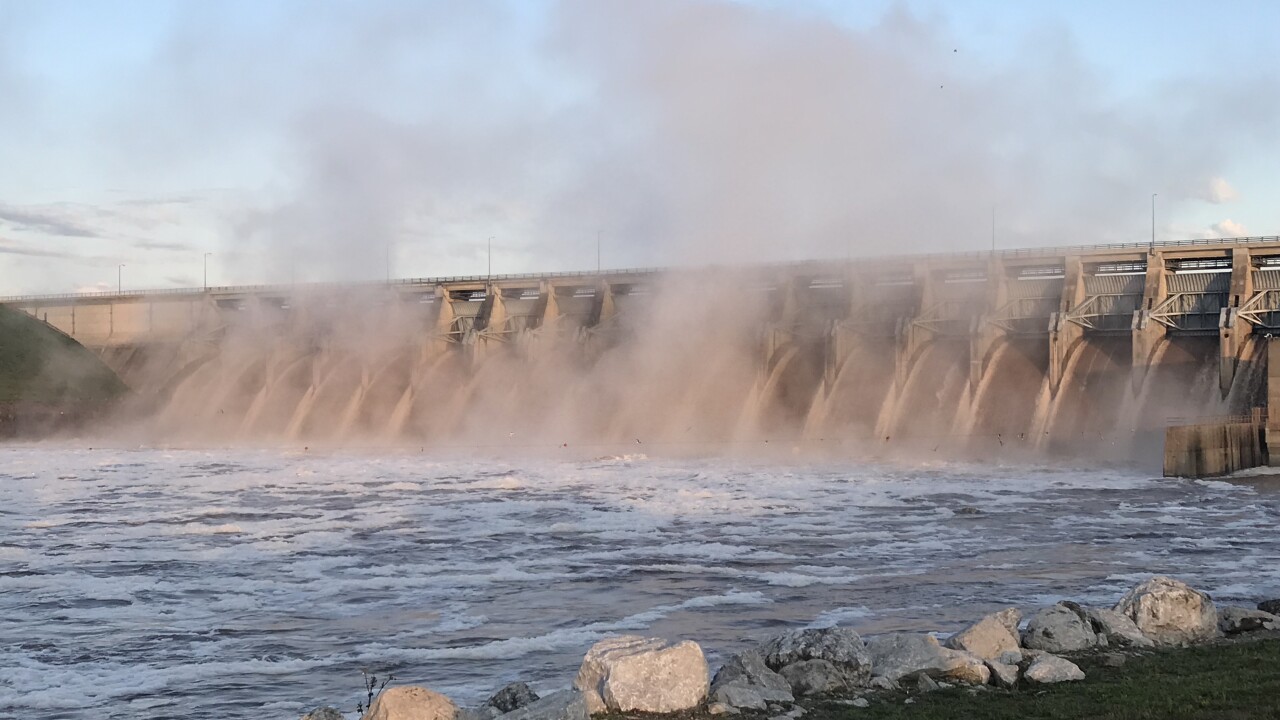 TULSA — The Tulsa District of the Army Corps of Engineers said there will be minimal, if any effects, below the Keystone Dam after they increased the water flow Monday.

Around 8 a.m. a horn sounded, indicating the dam would be releasing 85,000 cubic feet of water per second.

Abby Jones with the Army Corps said the last time they released a comparable amount of water was in 1998. She said they are well in the realm of what the channel can hold.

"The channel capacity is 105,000, this is 85,000, so the channel is more than capable of holding everything into the channel," Jones said.

Jones said people should not be concerned that this is like the flood of 1986.

Hundreds of people flocked to the dam to take pictures and admire the water flowing out of the Keystone Dam.

"Most summers you come out here and it’s completely dead and you can wade about halfway out and fish," Kylie Loud said as she stood next to the Arkansas River taking pictures. "Now you can’t get anywhere near it, so it's completely crazy."

Jones did want to stress that people should be on the lookout for debris in the lakes, especially Keystone.