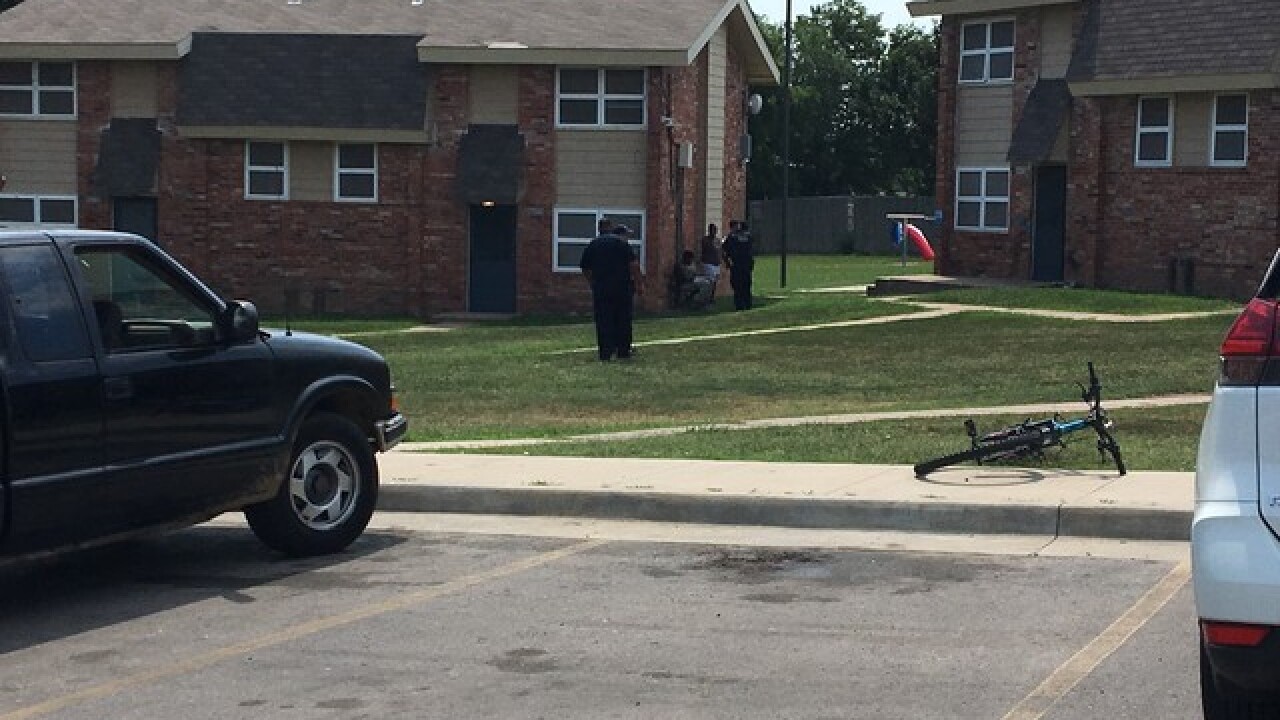 TULSA -- One person suffered non life-threatening injuries after being stabbed with a samurai sword in north Tulsa on Monday, officials said.

The stabbing was reported in the 3700 block of North Birmingham.

Police took the suspect into custody about six blocks away from where the stabbing occurred.

Police said the suspect used a Katana samurai sword to stab the victim after an argument over a woman.