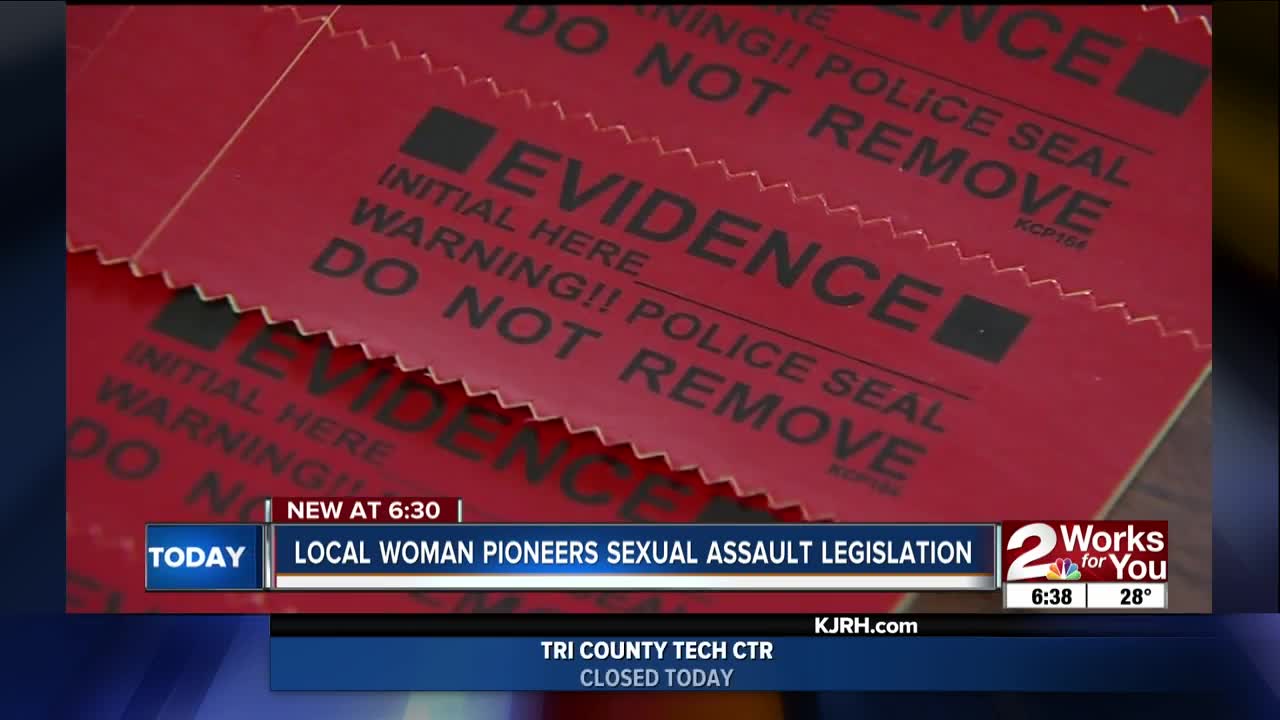 TULSA — An area sexual assault survivor is pioneering rape legislation in Oklahoma, working hard to bring the state up to par with the rest of the country when it comes to victim’s rights.

After an uphill battle trying to have her voice heard, five new pieces of legislation have been introduced, a breakthrough for survivors across the state.

“I just made a simple promise and said 'if you help me and get through this and get my life back, I will help other rape survivors,'” said Danielle Tudor, a rape survivor and victim’s advocate.

Tudor remembers the night it happened.

"The night that I was raped, after I got home from the hospital having had the rape kit done, I was in my bedroom all alone and just in the darkness laying in my bed just sobbing,” Tudor said.

That's when she made it her mission that no other victim of sexual assault feels as if hope is lost. The battle for victim’s rights would begin, and several years later, start making waves.

"I made an appointment with two different senators and sat down and just had this conversation about what needed to happen in the state,” Tudor said.

This legislative session is considered a breakthrough for rape survivors, as five new pieces of legislation are introduced, all aimed at changing the state's rape culture.

"The first one being the tracking system for rape kits,” Tudor said. “That's really important that survivors, after they've submitted to that exam, there will be a bar code and they'll be given their case number."

Survivors can access where their rape kit is, and when it's tested. SB 967 will mandate that every agency in the state use the system.

A proposed law, SB 975, would mandate rape kits are kept for 50 years, the same as the national standard.

“We also have a couple of other bills which mandate the testing and how long law enforcement has to pick up the kit from the hospital, and do their investigation, and submit that kit for testing,” Tudor said.

House Bill 1319 would enforce time limitations for collecting and submitting sexual assault evidence, quarterly reporting by law enforcement, and a time frame to test the backlog of kits. Oklahoma was recently audited for its backlog of untested rape kits. HB 2639 would change that.

Another bill, HB 2639, would give victims the right to information, such as their police reports.

"By legislating and making it law, you make that system more transparent, and that's what we are after,” Tudor said.