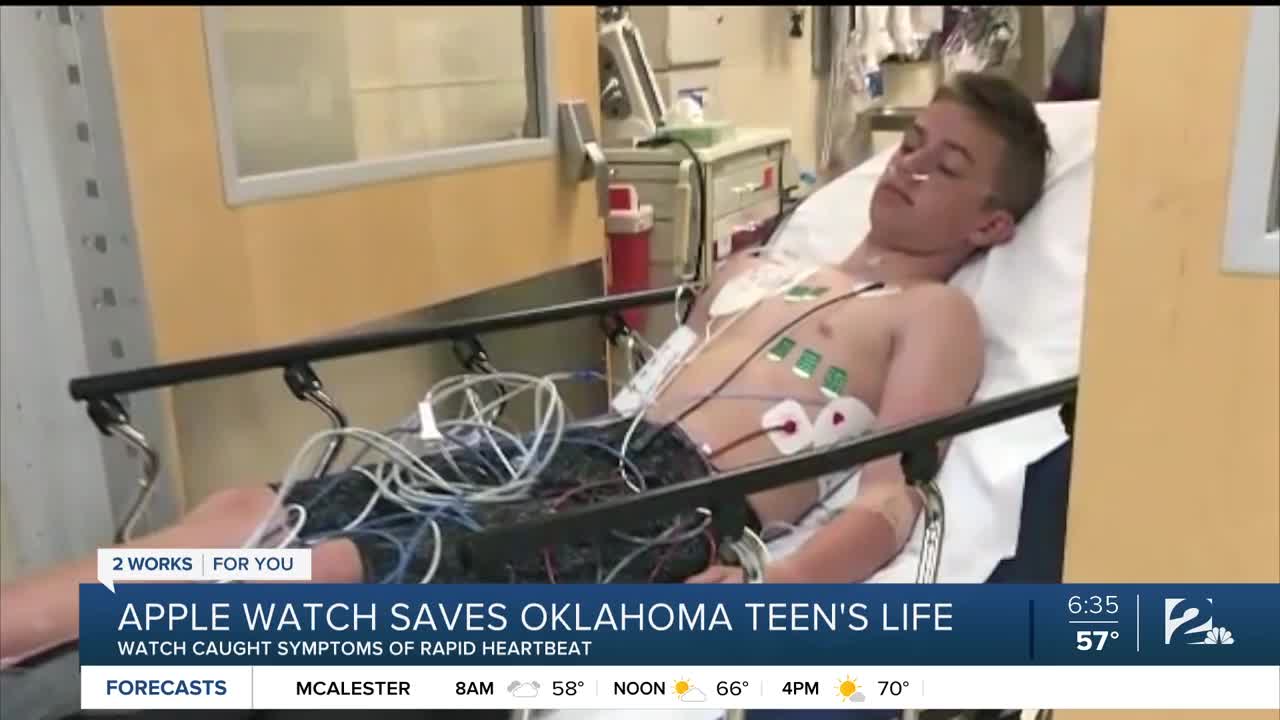 It alerted him to a rare and potentially deadly heart problem.

13-year-old Skylar Joslin was sitting in class when his apple watch sent an alert.

Skylar says his heart rate skyrocketed to 190 beats per minute, so he texted his mom that something was wrong.

"I was kind of worried about it, because I didn't realize it, and it was saying something was wrong with my heart," said Skylar.

He was in surgery for 8 hours and has another one scheduled.

Officials say Skylar's condition has not slowed him down.

He's already gotten back to his passion, playing football at Stratford, South of Oklahoma City.