Another construction project for south Tulsa 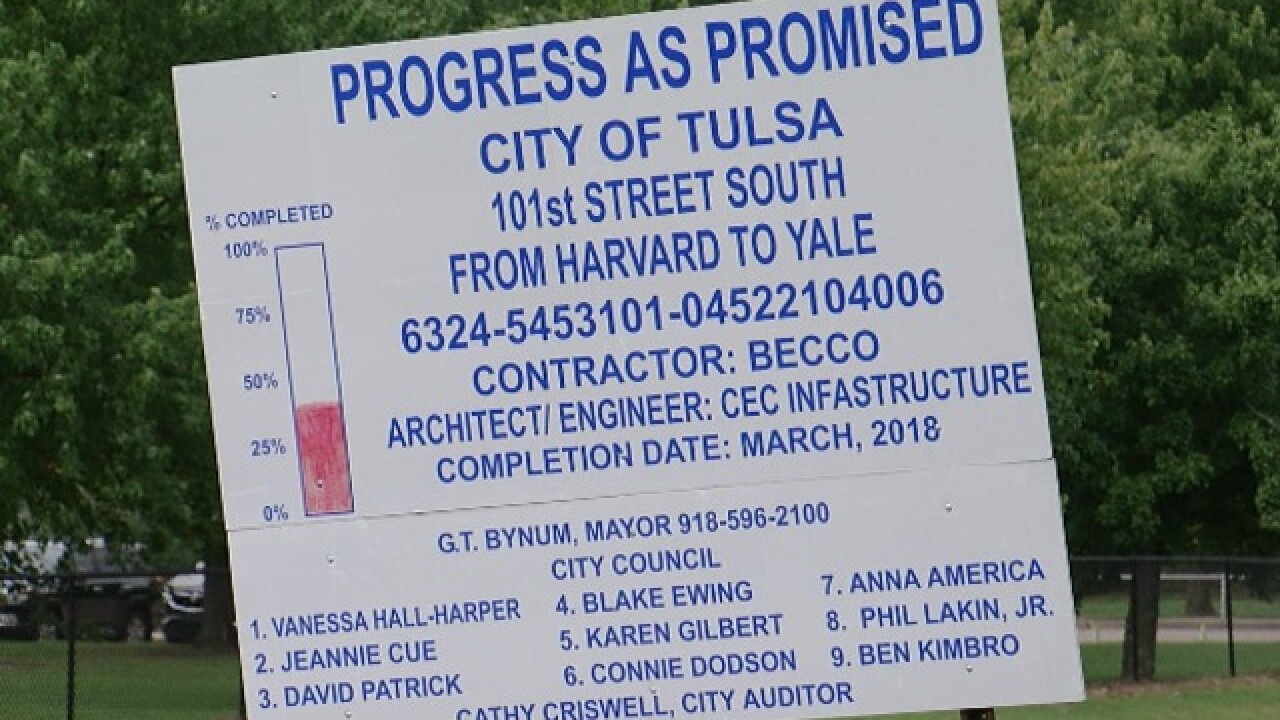 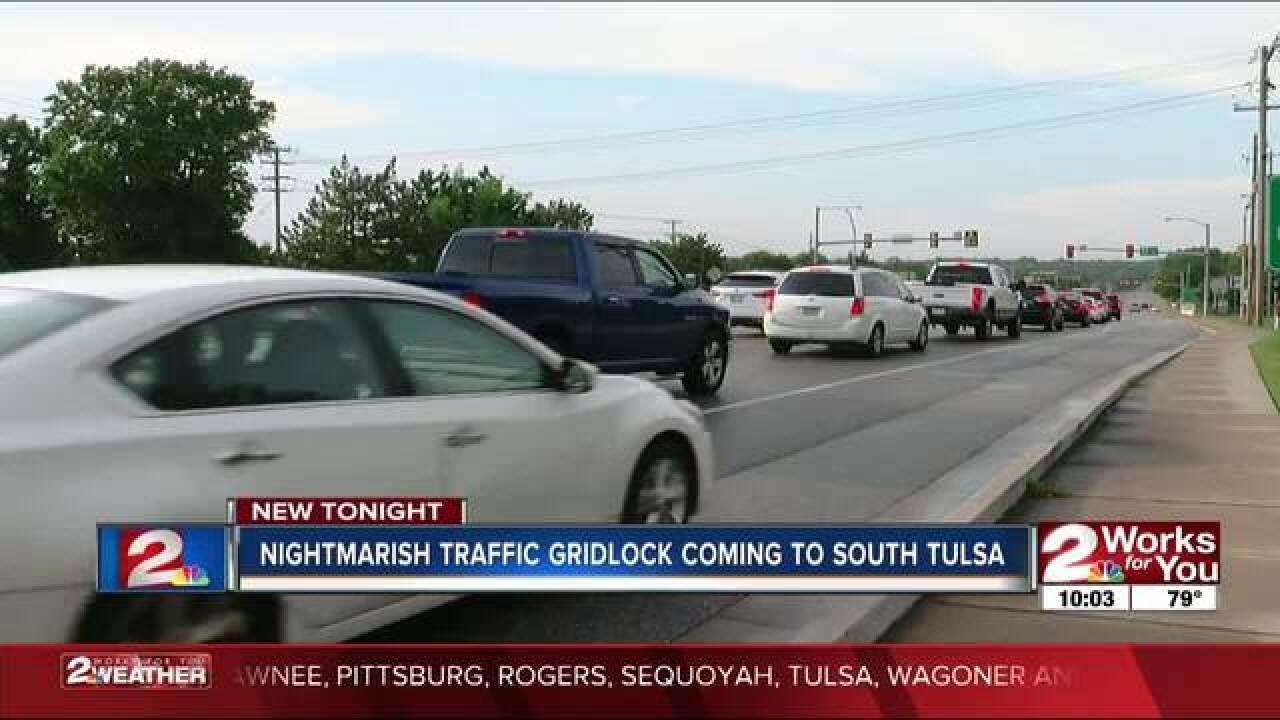 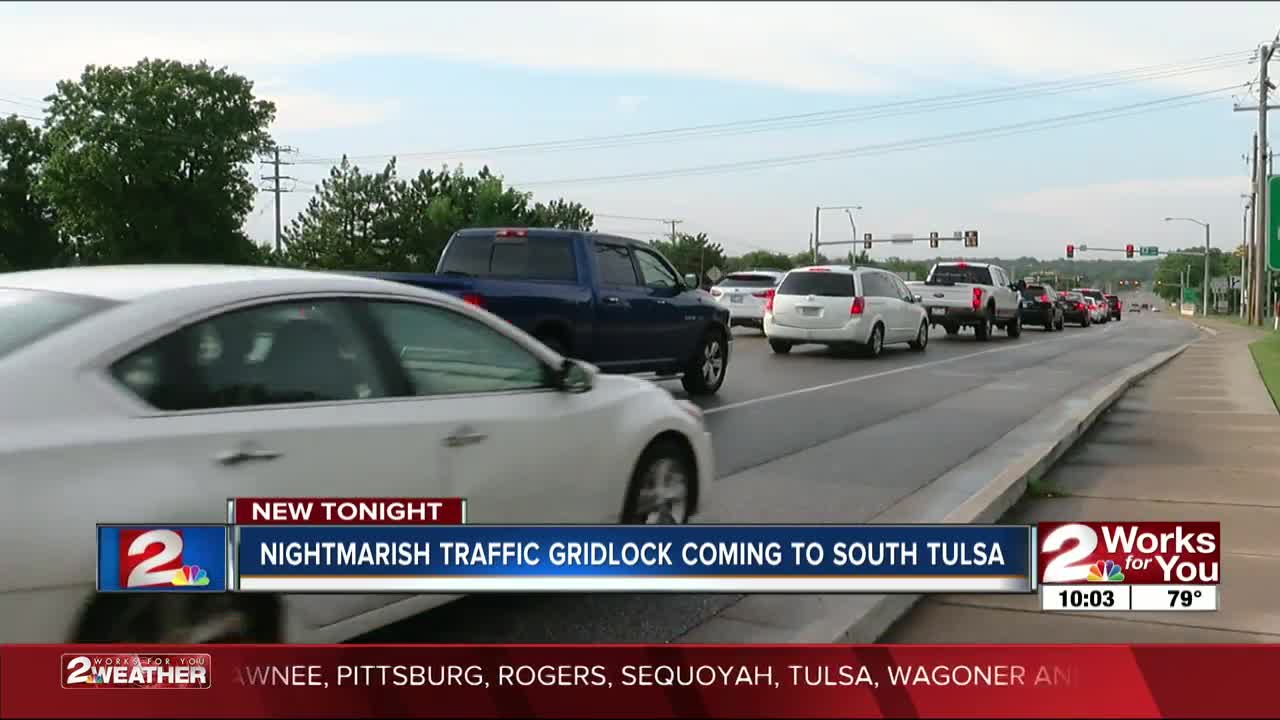 TULSA -- Another construction project slated to begin in January is going to affect south Tulsa drivers.

It's hard to miss the signs or the orange construction fence.

“Everybody gets a little fill of it now and then," The Bistro manager Daniel Thrower said.

More than 66,000 Tulsans pass through the intersection at 101st and Yale every day. The city just finished opened two-way traffic between Riverside Parkway and South Yale Avenue Tuesday, after being closed for quite some time. The city added a few sidewalks, installed a storm sewer box and added a right-turn lane to get to Jenks Middle School.

“I’ll use the turnpike a little more instead of zigzagging on my way there to save a little bit," Thrower said.

In five months, another project is set to start.

“It’s been coming down the pipe for a long time," Spiffy's Cleaners owner Chuck Brown said. "We’ve been waiting for it.”

It’s a nine-month process and will be closed from 101st to 96th Street, where the entrance is for Creek Turnpike. There's a $17 million budget for the project.

“We’re kind of nervous about it," Brown said.

The city says the purpose is to widen the road into four lanes. But Spiffy's Cleaners says it may hurt business.

"We have a lot of customers that come by our business on their way home so they stop in and get their clothes and then they are on their way home," Brown said. "So it's going to inconvenient for them t have to go around to Memorial or Lewis and then backtrack back through."

The Bistro is in the same shopping center as Spiffy's Cleaners. Manager Daniel Thrower says if customers are loyal, they'll continue to show up.

“It’s paramount here too," he said. "We’ve got a lot of great customers and our customer base is great here so people come back and enjoy it time and time again.”

The city says the point of the project is to speed up traffic. But some say a few months of pain will be worth it.

“There’s a lot of businesses in there and we’re not the only ones so I think it will help everyone involved," Brown said.