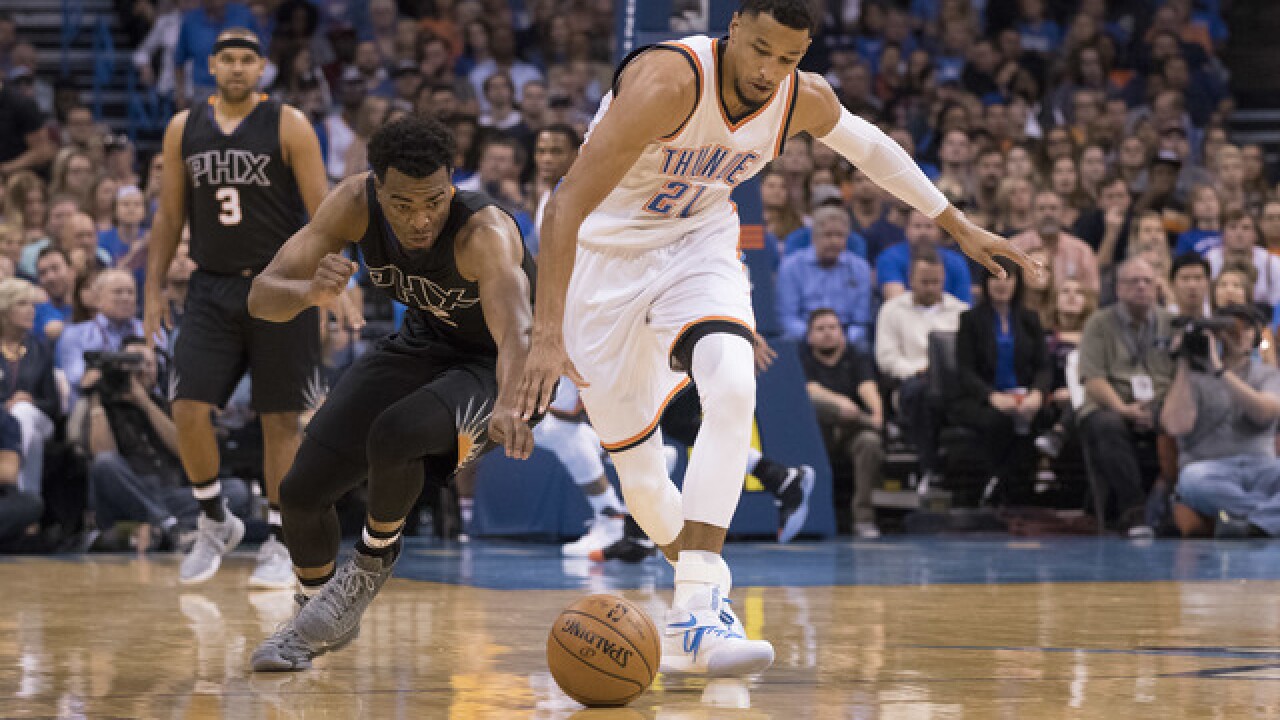 Copyright 2017 Scripps Media, Inc. All rights reserved. This material may not be published, broadcast, rewritten, or redistributed.
J Pat Carter
<p>OKLAHOMA CITY, OK - OCTOBER 28: T.J. Warren #12 of the Phoenix Suns and Andre Roberson #21 of the Oklahoma City Thunder battle for the ball during the first half of a NBA game at the Chesapeake Energy Arena on October 28, 2016 in Oklahoma City, Oklahoma. NOTE TO USER: User expressly acknowledges and agrees that, by downloading and or using this photograph, User is consenting to the terms and conditions of the Getty Images License Agreement. (Photo by J Pat Carter/Getty Images)</p>

Roberson ranked first among NBA shooting guards with a Defensive RPM metric of 2.64. The metric measures a player's impact on team defense per 100 defensive possessions. His averages of 1.00 block and 5.1 rebounds per game ranked third and 12th respectively among perimeter players.

The All-Defensive First Team included Draymond Green of the Golden State Warriors, Rudy Gobert of the Utah Jazz, Kawhi Leonard of the San Antonio Spurs, Chris Paul of the Los Angeles Clippers and Patrick Beverly of the Houston Rockets.

In addition to Roberson, the Second Team featured Tony Allen of the Memphis Grizzlies, Danny Green of the San Antonio Spurs, Anthony Davis of the New Orleans Pelicans and Giannis Antetokounmpo of th Milwaukee Bucks.