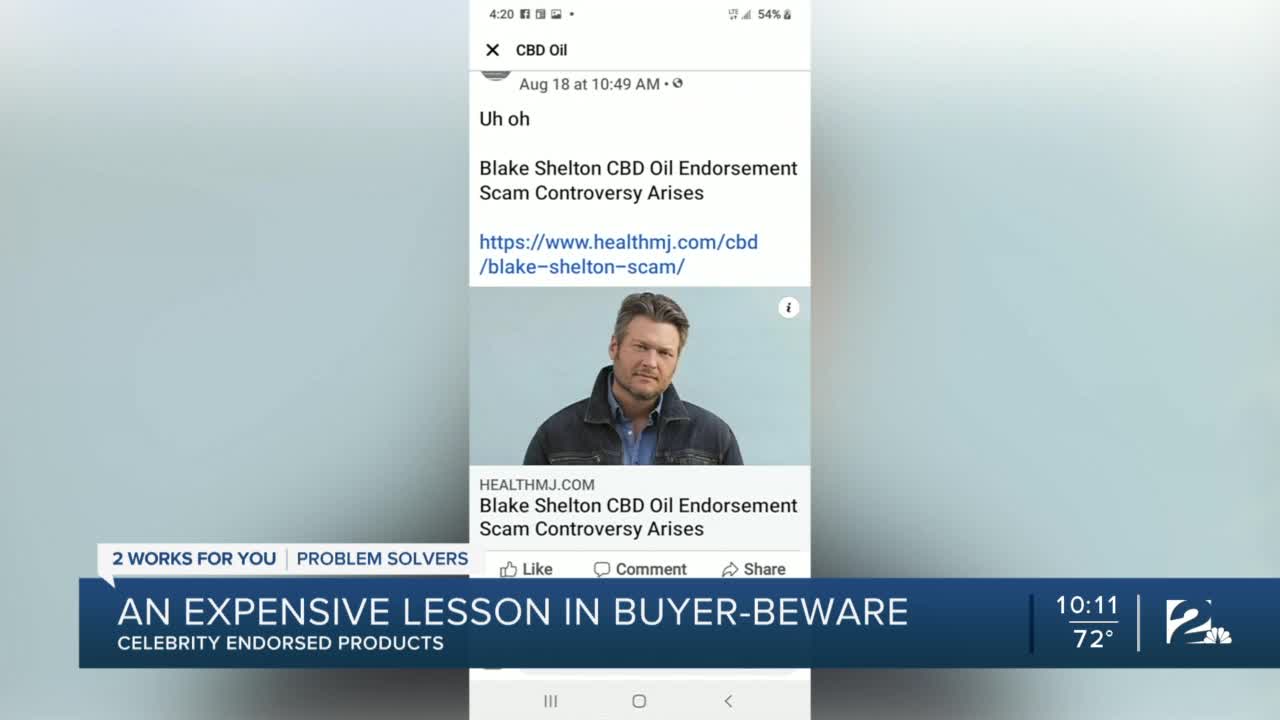 A celebrity name, a promise of pain relief, and what appeared to be free products — just pay for shipping.

The combination caught the eye of a woman suffering from arthritis, but what she actually got was an expensive lesson in buyer beware.

“I seen an ad on Facebook saying Blake Shelton was quitting country music and selling CBD oil. He’s been working on it for five years," Pressler said. "I have arthritis real bad. I thought it would help my knees.”

She used her card to pay the $6.98 shipping fee and ordered a bottle of CBD oil and jar of CBD cream. Soon after, more money was deducted from her card.

Pressler did not read the fine print which said the company would later charge her a lot more. Because of that, her bank says she cannot get the money back.

“I know one thing, I will never do it again. I learnt my lesson. I got burnt bad,” Pressler said. “$208 might not sound like a lot to some people, but to me it is.”

$208 is a quarter of her monthly Social Security disability income.

“I don’t want anyone else to lose your money because you will not get it back,” Pressler warned.

Bryce Marshall, a specialist with the Better Business Bureau of Tulsa, said it is important to inspect every ad and ask this question when reviewing them: Is the celebrity holding the endorsed item? If not, raise the red flag.

“We always say, ‘Slow down before sending any money, talk with someone you trust, do some research - search online for the celebrity name plus scam,’” Marshall said.

Pressler conducted her research late, but found she is not the only one who made the same mistake.

“There’s no telling how many thousands or maybe a million dollars they made for using a celebrity name that people would trust,” she said.