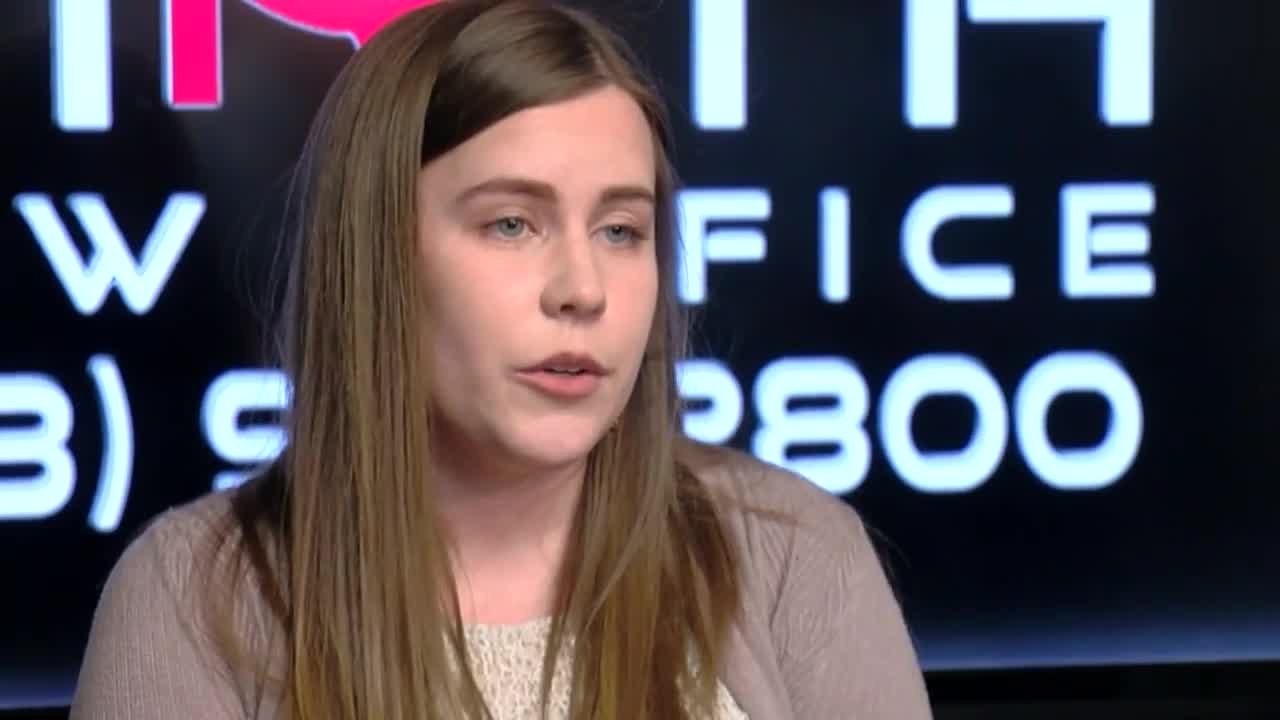 TULSA, Okla. — Dr. Ricco Wright sticks to his original 2018 apology by saying he was roofied.

Dr. Wright said he does not remember the night Laura Voth said he assaulted her and hopes to rekindle his friendship with her.

I don’t believe his behavior that night is consistent with having been “roofied.” According to Laura, she and him carried on a thirty minute conversation about art before he battered her repeatedly. Rophynol is a sedative, and based upon her statement I would characterize his behavior as being aggressive. Laura is hopeful he also gets his opportunity for due process in court.

28-year-old Laura Voth is a local artist and art teacher. She is well-liked in the art community and is described by her friends as “little, but fierce” as she stands a little over 5 foot.

Voth claims she was a victim of sexual assault at the hands of Tulsa mayoral candidate, Dr. Ricco Wright.

“On December 18th, 2018, I was sexually assaulted by Ricco Wright at Mainline Art Bar in Tulsa, Oklahoma. I have no reason to lie about my story. This is an incident of sexual assault that was traumatic towards me,” Voth said.

Voth said she met Wright at a party he hosted at his home in the summer of 2018. Soon after, Wright announced plans to open up Black Wall Street Gallery and the Conciliation Series.

Voth’s art work was featured in Wright’s gallery as part of the Conciliation Series. She describes their initial relationship as professional, although at times it felt inappropriate.

“At a gallery function, Ricco asked me to dance and as we danced, said, ‘Have you ever [expletive]? You look like a girl who [expletive].’ Thinking he was drunk, I ended the dance and soon left to go home,” Voth said.

On Dec. 18, Voth said she agreed to meet Wright at Mainline downtown with her understanding to discuss the art gallery.

When the two arrived, Voth said she joined Wright at the bar where they each ordered a drink. Voth recalls seeing two women were seated at the back of the establishment and the bartender.

“Ricco looked at me, sighed, and asked, 'Why I’m so amazing?' This statement caught me off guard and he proceeded to compliment me. During the compliments, he reached for my hands, which I told him I was uncomfortable with. His grip tightened and would not let go. I pulled, and he wouldn’t let go,” Voth said.

Voth said she tugged her hands back and Wright released them, only to place his hand on her knee.

“[He] ran his finger up my thigh to touch my crotch and then placed his hand back on my knee,” Voth said.

Voth also remembers that Wright did address the bartender saying that he was texting her boss as the owner was a close personal friend.

Uncomfortable with the situation, Voth excused herself to the restroom and decided that she would call it a night when she returned.

“I sat down on the stool and tried to make my exit but Ricco placed his hands on my waist and pulled me off my stool so I was standing,” Voth said.

Wright is about 6-foot tall, which was very intimidating to Voth.

“He then told me that he knows that I think he’s attractive and ordered me to kiss him. I told him no. He pulled me into a hug. He slipped one hand up the back of my shirt sweater touching my bra strap and the other briefly inside and down the back of my pants. He kept telling me to kiss him and wouldn’t let go. I kissed his cheek. He let go," Voth explained.

Voth said she didn’t know what to do, she was confused and attempted to give him a friendly kiss on the face to appease him so he would relax and she could leave.

“He then grabbed my waist again, ordering me to kiss him. I said, ‘No,’ again. He kissed my neck. He ordered me to kiss him. He wouldn’t let go. I kissed his cheek, he let go and I ran back to the bathroom,” Voth said.

She returned to pay for her drink with the intention to leave and noticed there was a full glass of wine on the counter. Wright informed her that the drinks were already paid for. The verbal interaction continued as Voth eventually exited the bar.

“Walking out to the sidewalk in front of the bar, I heard him follow me out. He kept telling me that I would like my [expletive] licked and that he’s an amazing person. I told him, ‘No,’ again and he placed his hands around my neck and repeatedly told me that he wanted to lick my [expletive]. I was able to distract him and his hands loosened their grip allowing me to escape and I told him, ‘No,’ again. And that’s when he became extremely angry. He pushed me in the chest,” Voth explained.

Fearful, Voth said she escaped to her car and sat in the driver’s seat, but Wright held the door and wouldn’t let her close it.

“He continued to yell at me and I prayed. I silently prayed to myself that I would get out of this situation, and after my prayer, he turned around and stormed off down the street,” Voth said.

Her adrenaline pumping, she caught her breath and drove straight to her sister's house where she spent the night.

Following the evening, there was a phone call and a few texts exchanged between Voth and Wright, in which Voth said that Wright denied the violent encounter. In one of those texts, Wright claims he had been roofied that night.

Voth has never seen or heard from Wright since the alleged incident.

On Dec. 21, Voth filed a police report, but decided not to press charges as at the time. She believed she was the only victim.

“While I wasn’t strong enough at the time to open the investigation. I believe it was my responsibility to have my account on record in case something of similar nature takes place again,” Voth said.

Since then, she has opened up to a select few about what she experienced that night. One of those confidants was Reverend Dr. Robert Turner of the historic Vernon Chapel AME Church in Tulsa. Voth called Reverend Dr. Turner on the phone in March 2020 to seek counsel.

“As a man with a sister and a wife, I can't imagine. My heart aches for her, with what she is going through. She should be heard," Reverend Dr. Turner said. "[However,] we should not be quick to convict. As a pastor, I feel I have a duty to listen to all who come to me and to provide spiritual guidance if possible. I am a strong supporter of survivors and will always encourage them to speak their truth. I have also been a very vocal advocate for criminal justice reform and equity. With that comes a steadfast belief that cases should be tried in the courts. I respect [Laura’s] desire for resolution and pray God’s will be done."

Keith J. Flinn, II Esq. is a sexual assault attorney and is representing Voth who he has stated is a victim of sexual battery perpetrated by Tulsa mayor candidate, Dr. Ricco Wright.

“Ms. Voth is cooperating with law enforcement. At this time, we are aware of similar allegations presented by anonymous victims," Flinn said. "The reality is Dr. Wright’s conduct is intolerable. My client has heard from other victims and she is standing up for truth, justice and accountability, in order to protect others from sexual violence."

Flinn encourages anyone who believes have been the victim of sexual assault or battery, like Voth, to contact his office as he believes there is power in numbers.

Sharing her account will always be raw, Voth believes.

“Telling Tulsa my story is the right thing to do," she said. "I can’t justify not letting my community know about the nature and character of this mayoral candidate."

KJRH reached out to Ricco's attorney, Brett Swab, for a response to the allegations.

"The only thing we are aware of at this time is what was alleged in 2018. It was a one time encounter in a public place with this alleged person or victim. Based on [Wright's] recollection, nothing improper happened. Dr. Ricco Wright is still running for Mayor," Swab said.

The Tulsa Police Department opened up an investigation on June 18. No charges have been filed. Flinn said that his client, Voth, is unable to file charges because of the statute of limitations.