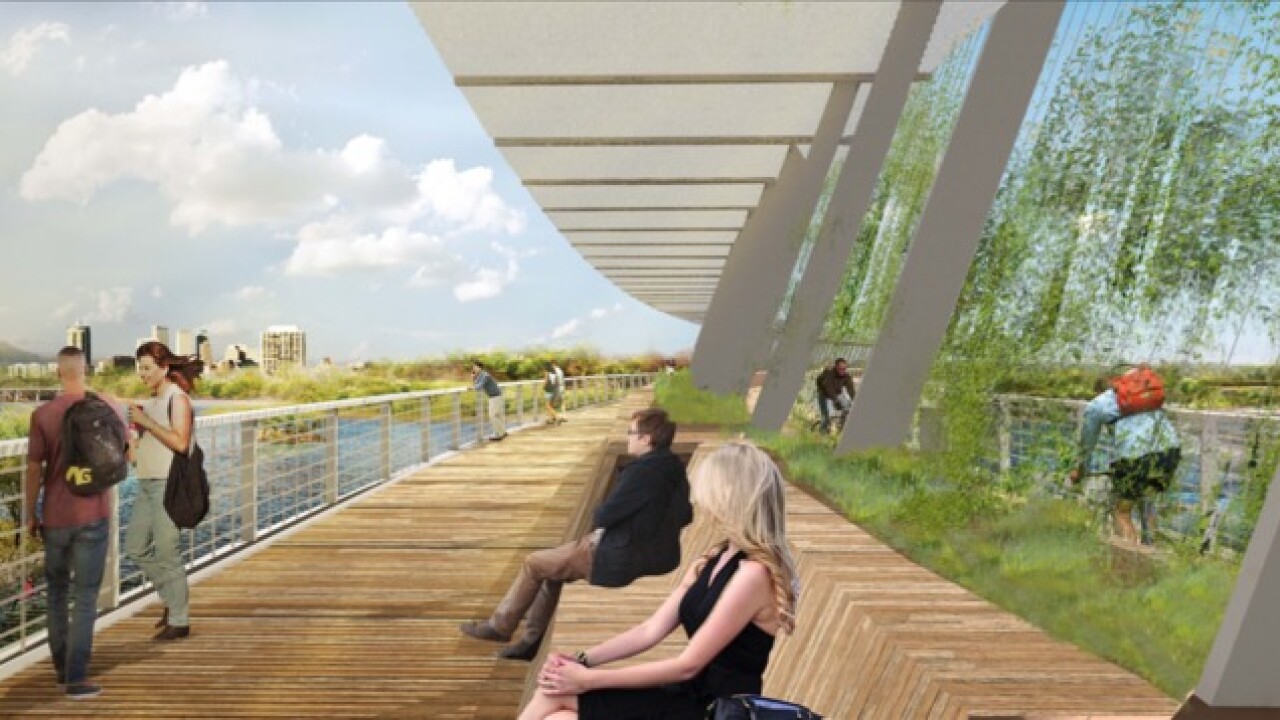 The city of Tulsa entered a new master lease agreement with the River Parks Authority in the construction of the bridge. River Parks will assume maintenance and operational needs for the bridge after construction.

"The decision confirmed by the River Parks Authority today establishes the partnership that will build a world-class bridge spanning the Arkansas River to Tulsa’s very own riverfront park, the Gathering Place, for generations to come,” Mayor G.T. Bynum said.

"The Gateway" design by Michael Van Valkenburgh Associates was selected last year as the design for the bridge after it was determined that the original bridge could not be salvaged due to structural deficiencies."

The arched bridge will be built with a steel plate fabrication system, which officials said will make it the first bridge of its kind in the United States.

Demolition of the original bridge will begin "as soon as possible," the city said. Construction of the new bridge is expected to be complete within three years.