After death of her father, woman is hoping dangerous intersection near Porter is fixed 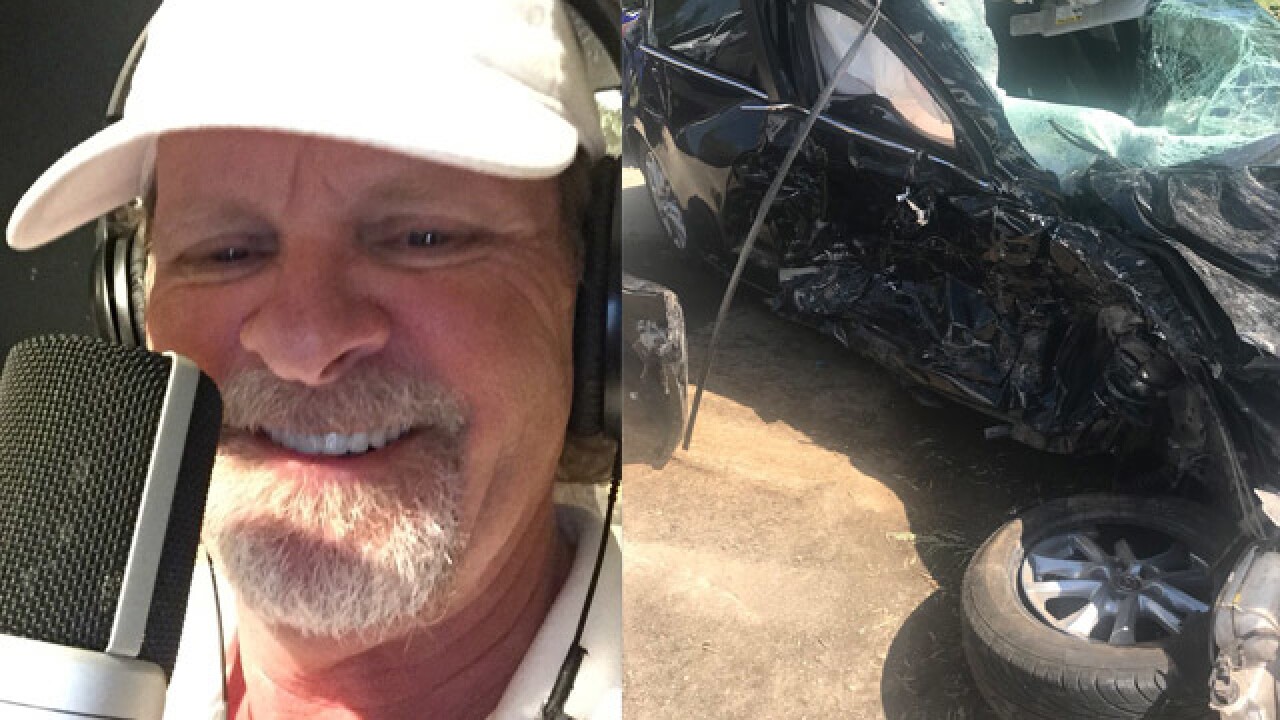 An intersection near Porter, known for deadly accidents, became the scene of another tragic fatality last month.

The victim’s daughter is now bringing the issue to the forefront, making sure the intersection of East 51B and South 104 is safe for all to travel.

Coming off the heels of her father's funeral, Moriah Lee is turning her pain into purpose. Just a few weeks ago she lost her father in a horrific car accident at the intersection and she wants to make sure it never happens again.

If you visit the intersection, it won’t take long for you to notice the cars that fly by. It’s a four-way intersection with only two stop signs and a speed limit of 65 miles per hour. It’s there Lee believes her father took his last breath.

"It was something I never could have prepared for,” Lee said. “I thought I could, but I couldn't.”

The intersection of East 51B and South 104 is considered a danger to those who drive it. Unfortunately, on Aug. 31, Lee says her father, Gene Carroll, experienced it firsthand.

The two vehicles collided, and Carroll was killed.

Carroll’s daughter said she learned her father wasn't the first to lose his life on this roadway.

"OHP had told us that it is a dangerous intersection,” Lee said. “Multiple wrecks have occurred there, even fatality wrecks."

That’s why Lee said she is speaking up.

"It was not his intention period to lose his car or his life, so I spoke with OHP to see who we needed to speak with to get this intersection fixed,” Lee said.

She said she wants to add a four way stop or stop light. She adds that she also wants to enhance emergency response times.

According to Lee, the area where the crash occurred is referred to as “no man’s land.” She said it is an area where first responders do not have specific jurisdiction, which can cause a delay in response times.

"He was about beauty in life and how beautiful it was,” Lee said of her dad.

The thought of more safety measures is something Lee said her father would want so others aren't robbed of life in the same way.

The family was able to say their goodbyes to Carroll after he was life flighted to Tulsa. It was in that moment they said they knew they'd do whatever it takes to help make the roadway safe.

2 Works for You reached out to Oklahoma Department of Transportation officials who said they're already working to install two more stop signs at the intersection next month They also said in 2024 they'll be revamping the entire intersection to make it even more secure.

ODOT urges drivers in that area to be diligent of the intersection and its signage, especially when it undergoes changes.