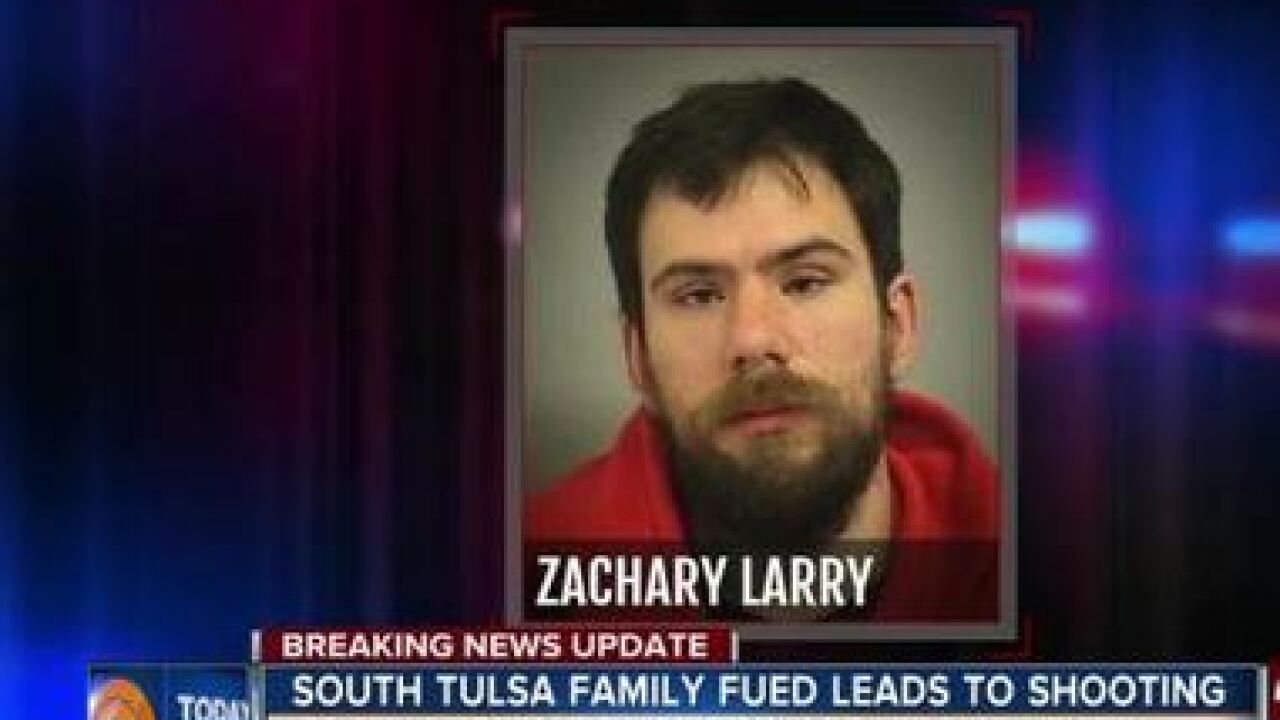 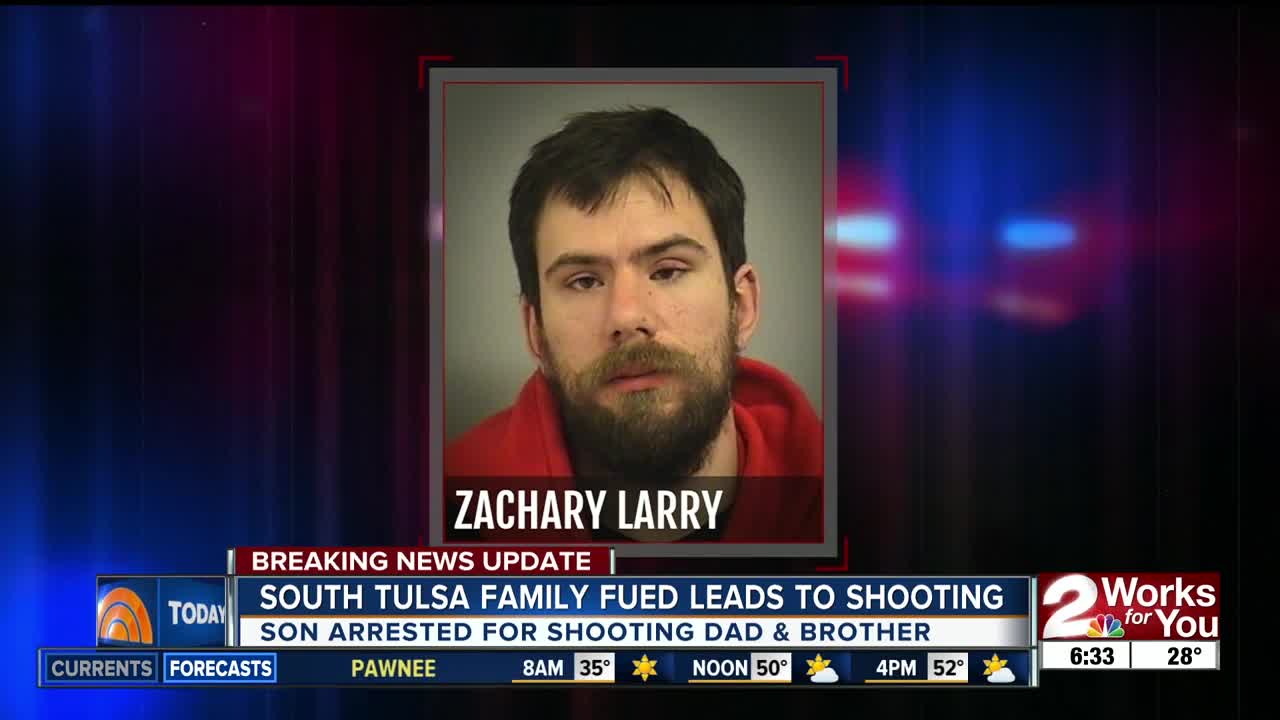 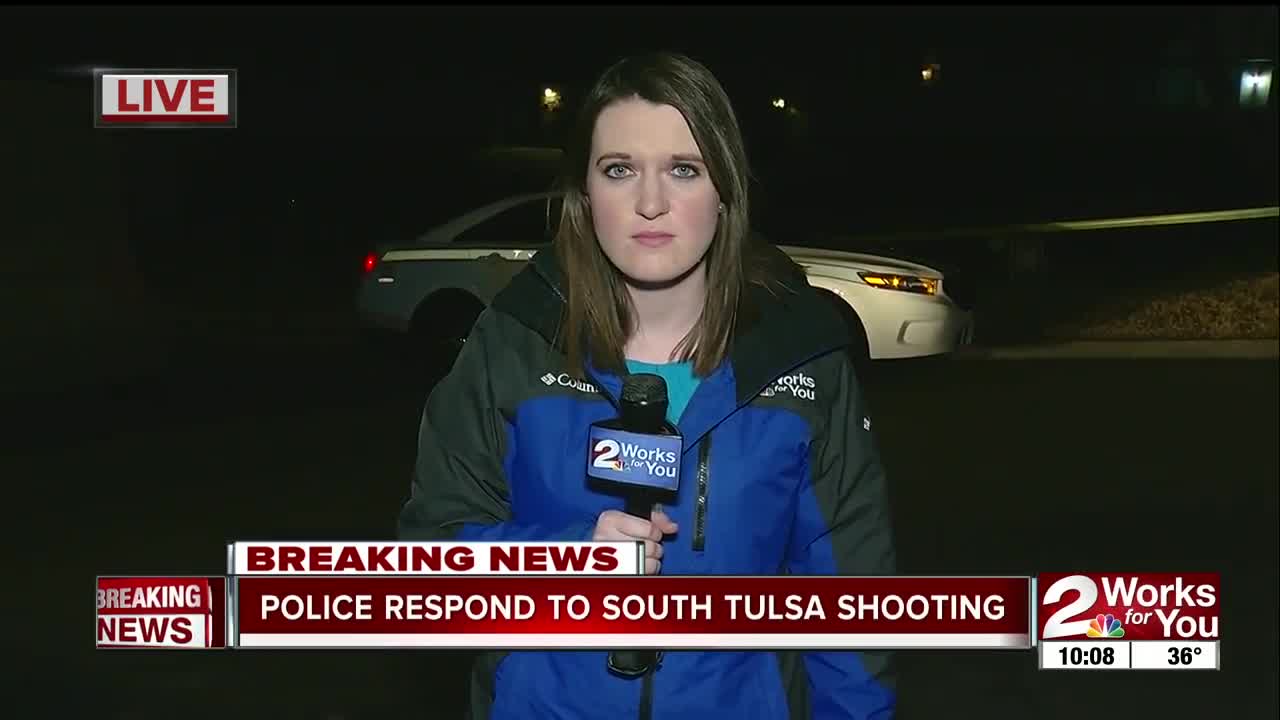 TULSA — Tulsa police say they arrested a man after he shot his father on Wednesday night in south Tulsa.

Zachary Larry, 26, was arrested on two counts of shooting with intent to kill and is being held without bond.

According to investigators, the adult son shot his father in the back. It was part of an ongoing family dispute, TPD says.

Officers said they found evidence showing Larry tried to shoot his brother as well. Instead, he was able to take the gun away from Larry.

On the scene, documents said Larry told police he shot his father and brother because they were "getting on to him" and he had "had enough."

The father was transported to a local hospital in a private vehicle and is expected to recover.

Court records show Larry is on probation for a burglary charge. He pleaded guilty to breaking into a Kum and Go in April of 2018.