Abuse of force captured on bodycam in Arizona 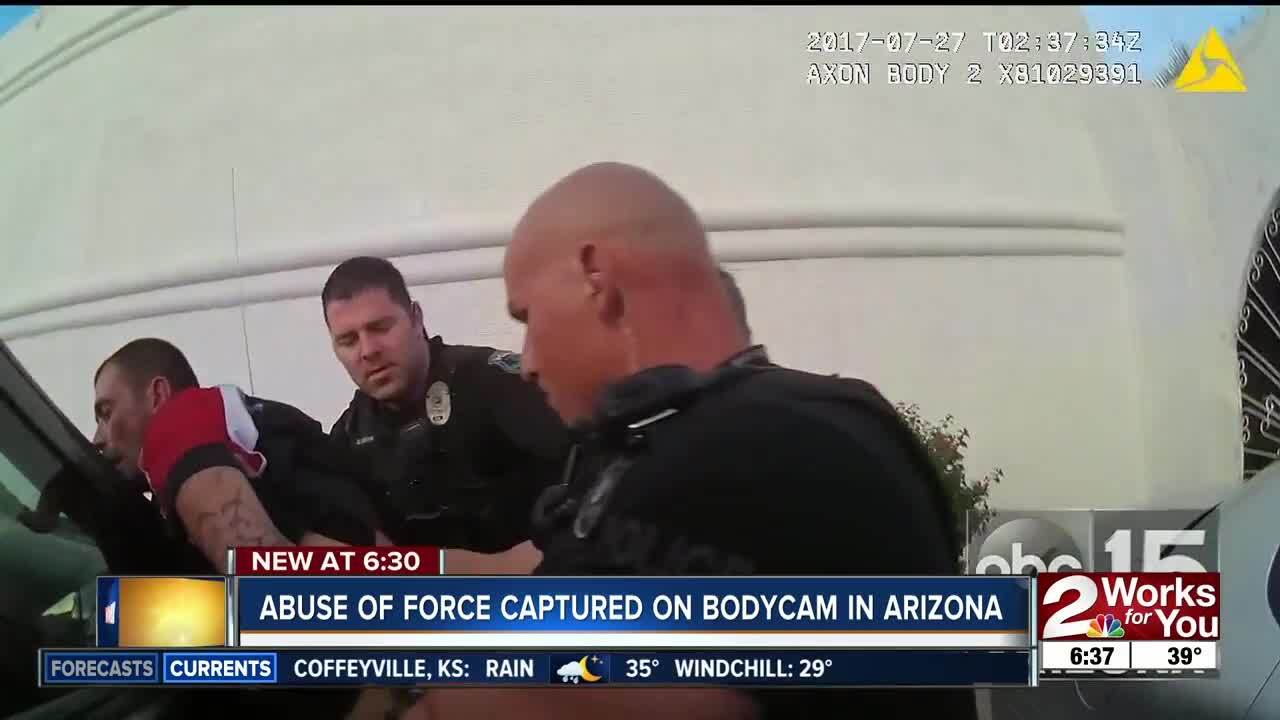 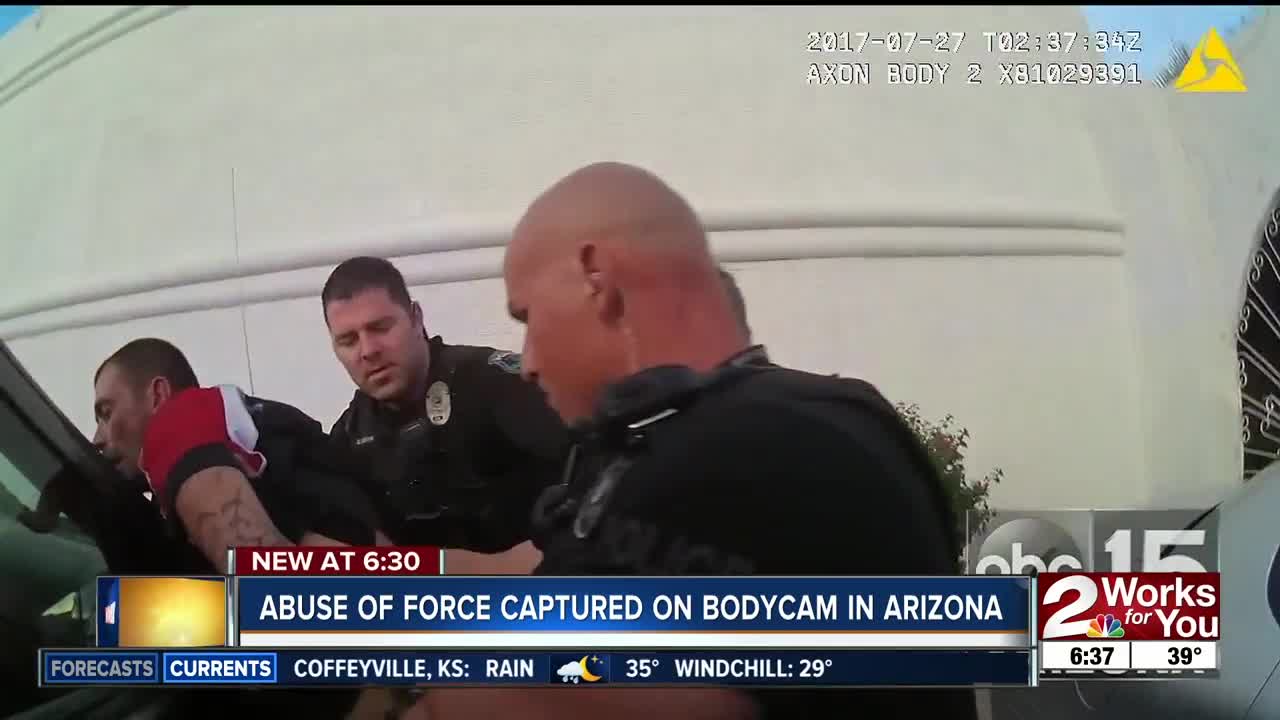 GLENDALE, Ariz. — It's a story going viral all over the country.

A report of police violence that took place in Glendale, Arizona.

You will see the entire event through the body camera of an officer.

A warning, the video may be uncomfortable to watch.

But rarely, do we see the entirety of what is occurring.

On July 27, 2017, Johnny Wheatcroft was a passenger in a silver Ford Taurus when a pair of Glendale police officers pulled in front them in a Motel 6 parking lot, our sister station KNXV reported.

KNXV reported that Wheatcroft was handcuffed lying face down on the hot asphalt on a 108-degree day. He'd already been tased 10 times, with one officer kneeling on his back as another, Officer Matt Schneider, kicked him in the groin and pulled down his athletic shorts to tase him a final time in his testicles, according to a federal lawsuit and body camera footage obtained by ABC15.

The scene was witnessed by his 11- and 6-year-old sons, KNXV reported.

KNXV reported that multiple independent law enforcement experts, who agreed to review the incident, said the officers’ conduct was unlawful, potentially criminal, and one of the cruelest and troubling cases of police misconduct they’ve ever seen.

The man hit with the taser nearly a dozen times filed a federal lawsuit against the department.

The officer in question was suspended for 30 hours, but today is still employed by the Glendale, Arizona police department.