A unique take on a military tradition 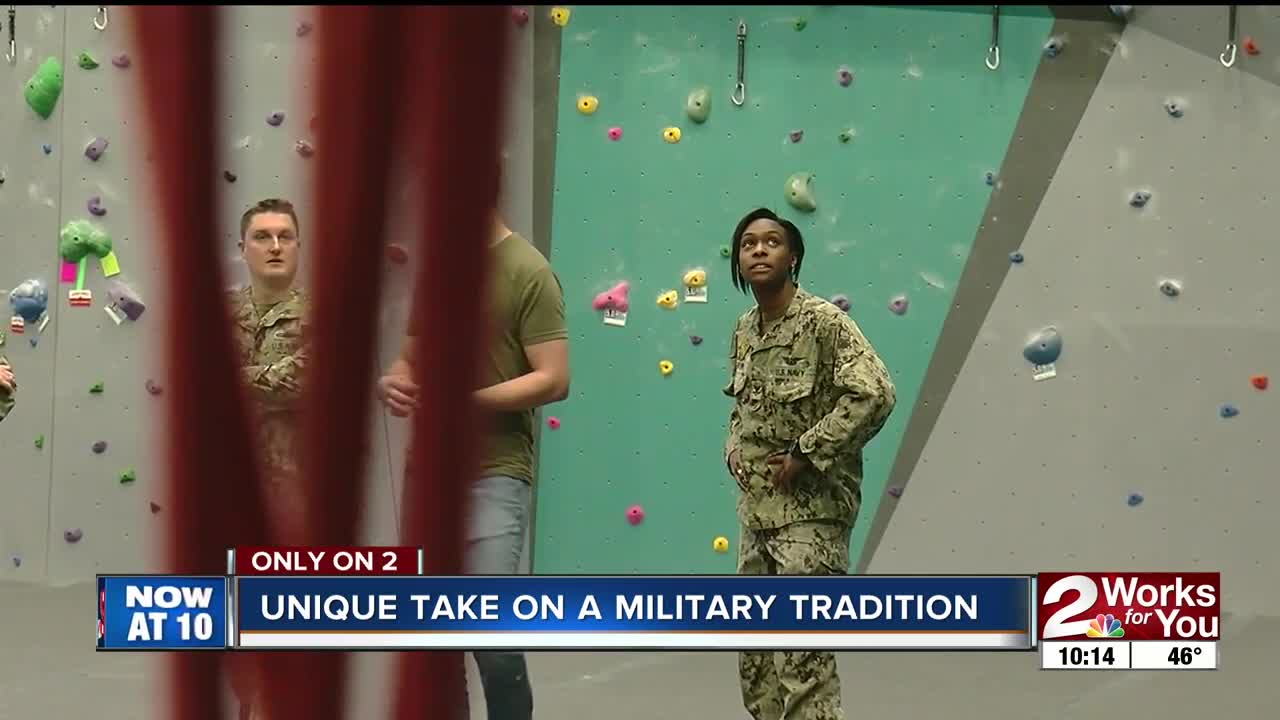 A unique take on a military tradition

TULSA, OK (KJRH) — Reenlisting is a special moment for a member of the military, and for their unit commander as well. But you might never have seen a swearing-in quite like this.

Climb Tulsa is anything but a usual site for a re-enlistment, but one early Saturday, it became the site for a day to swear-in, and even conquer a fear.

Bianca Brown has been in the Navy for seven years. She’s a Master at Arms, and was deployed to Bahrain in 2016. She’s also a police officer in McKinney, Texas.

When she told her Unit Commander Joel Larson she wanted to reenlist, the two started brainstorming interesting ways to do so.

“I told him I thought it was just gonna be standing in a room, do your swear-in, sign some papers, and go about your day," Brown said. "He was like, ‘no, we’re going to do something fun. On top of a rock wall’, and I was like, ‘okay!'”

The climb was a quick one, up dozens of feet along a wall littered with makeshift rocks, but it was something neither were used to.

Brown reenlisted for six more years. By the time those six years are up, she will have spent more than a third of her life in the Navy.