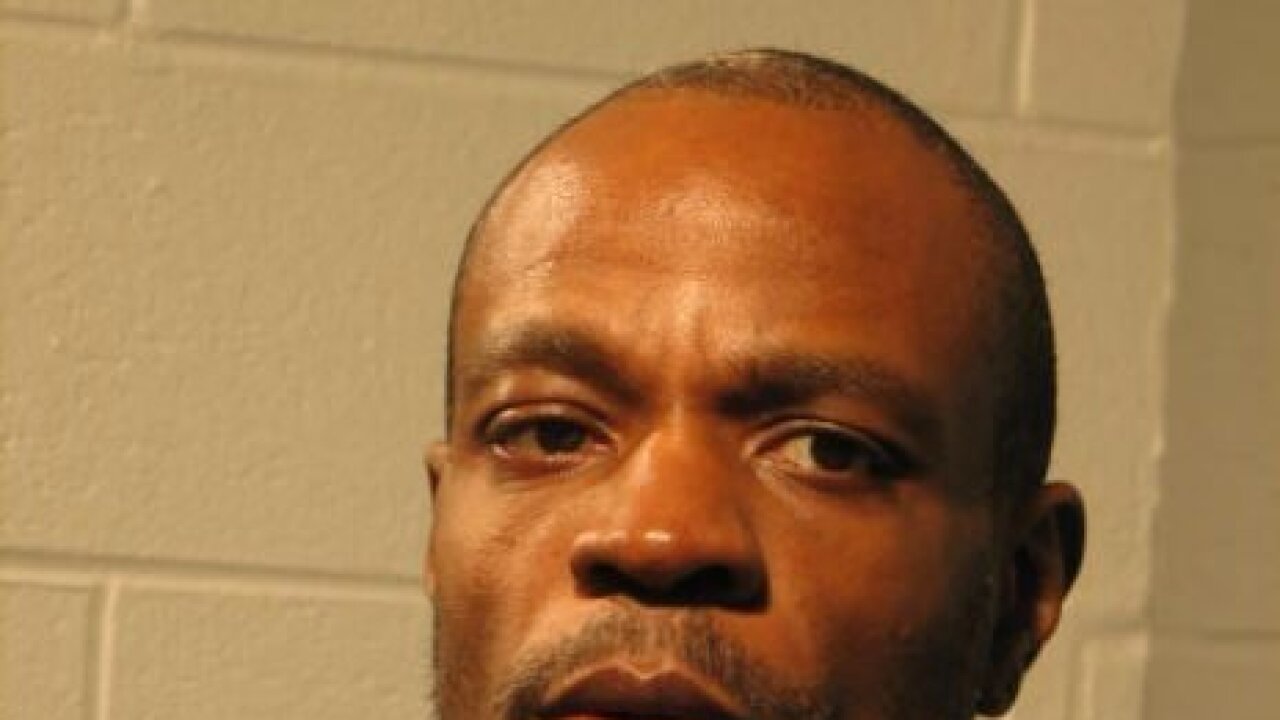 (CNN) -- Authorities have arrested a man in connection with the shooting of a Chicago police officer, a police spokesman said.

The man, Michael Blackman, 45, was shot and detained Saturday afternoon after an "armed encounter" with officers, Chicago police spokesman Anthony Guglielmi said. Details about his condition were not immediately available.

A manhunt had been underway for Blackman after an officer was shot multiple times while trying to make an arrest on the city's South Side, authorities said.

The 40-year-old officer is with the department's fugitive apprehension unit. He was part of a team trying to arrest Blackman in connection with a separate shooting, Chicago Police Superintendent Eddie Johnson said.

Officers got into a physical struggle with the suspect before he fired shots, hitting an officer in the groin and at least twice in one leg, Johnson added. It's unclear whether the suspect was injured during the exchange of gunfire.

Despite his injuries, the wounded officer was able to apply his own tourniquet as he was taken to the hospital.

"He came basically bleeding to death. He had already lost a significant amount of blood and was taken immediately to the operating room for surgery," Jane Kayle Lee, a trauma surgeon at Advocate Christ Medical Center.

Lee said the officer was in stable condition Saturday afternoon after undergoing surgery and several blood transfusions. He's recovering well but is expected to need further surgeries, she said.

"We were reminded of the sacrifices our officers make every day to protect the residents in the city that we love," Chicago Mayor Lori Lightfoot told reporters at the hospital.

The officer was identified only as a 16-year veteran with the Chicago Police Department and a member of a fugitive apprehension unit.

Authorities are still searching for Blackman in Chicago.

Police say he shot a woman Wednesday morning in the city's Fulton River District while he was riding a bicycle.

Earlier this week, police released surveillance images they say show the suspect riding a bicycle on the street and also taking it inside a bike shop for repair.

The motive for Wednesday's shooting is still under investigation.