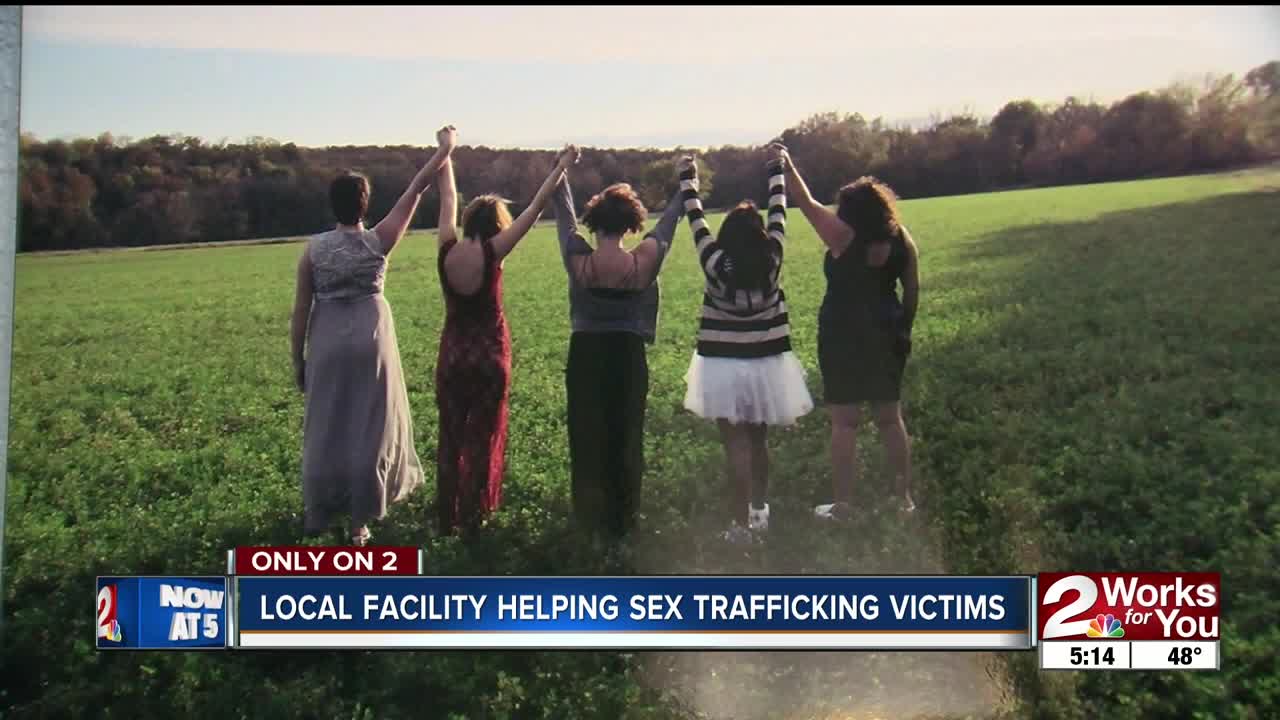 RISE, a Muskogee shelter and nonprofit organization, is helping victims of sex trafficking as young as 15. Some of the staff are survivors themselves. 2 Works for You Reporter Gitzel Puente visited the facility and got a rare look at how its helping young girls turn their lives around.

MUSKOGEE, Okla. — A local shelter and nonprofit organization is bringing awareness to the dangers of sexual exploitation during National Slavery and Human Trafficking Prevention Month.

RISE, which stands for Restoring Identities After Sexual Exploitation, was founded on February 2018 and has already helped 10 victims.

"We take girls as young as 13, and they stay with us for as long as they need until their 18th birthday," RISE founder and director Keri Spencer said.

She says some of the staff are survivors themselves, which provides another way to connect with the girls and give them hope.

"I'm really excited to be an example for them and show them that even though I've been sex trafficked, I still push through and overcame my trauma," staff member Sierra Herd said.

She opens up about her horrific experience, saying she fell victim to sex trafficking at the age of 21.

"I lived homeless on the streets as a teenager. I had drug abuse, alcohol issues and that also made me vulnerable to becoming a victim," Herd said.

It wasn't until 6 months later, she says, that she finally escaped by jumping out of her trafficker's car out of the highway. Now at the age of 26, she wants to make a difference in other victims' lives.

"I want the girls at RISE to see to be able to survive something like that, you have to be strong mentally," Herd said.

The organization relies on private donations and corporate sponsors to stay afloat. It recently added another bedroom to its facilities, bringing it to a total of seven. However, the director says they still need much more to be able to expand and provide more services and shelter to other young women.

"We get calls weekly about other girls that need a place to stay," Spencer said.

According to the U.S. Department of Health Human Services, there were 297 reported cases of human trafficking in Oklahoma from December 2012 to December 2016. The majority were female. The top three sex trafficking venues, according to the report, happened at hotel and motels, commercial-front brothels and other venues.

This Friday is #WearBlueDay for National Human Trafficking Awareness Day.