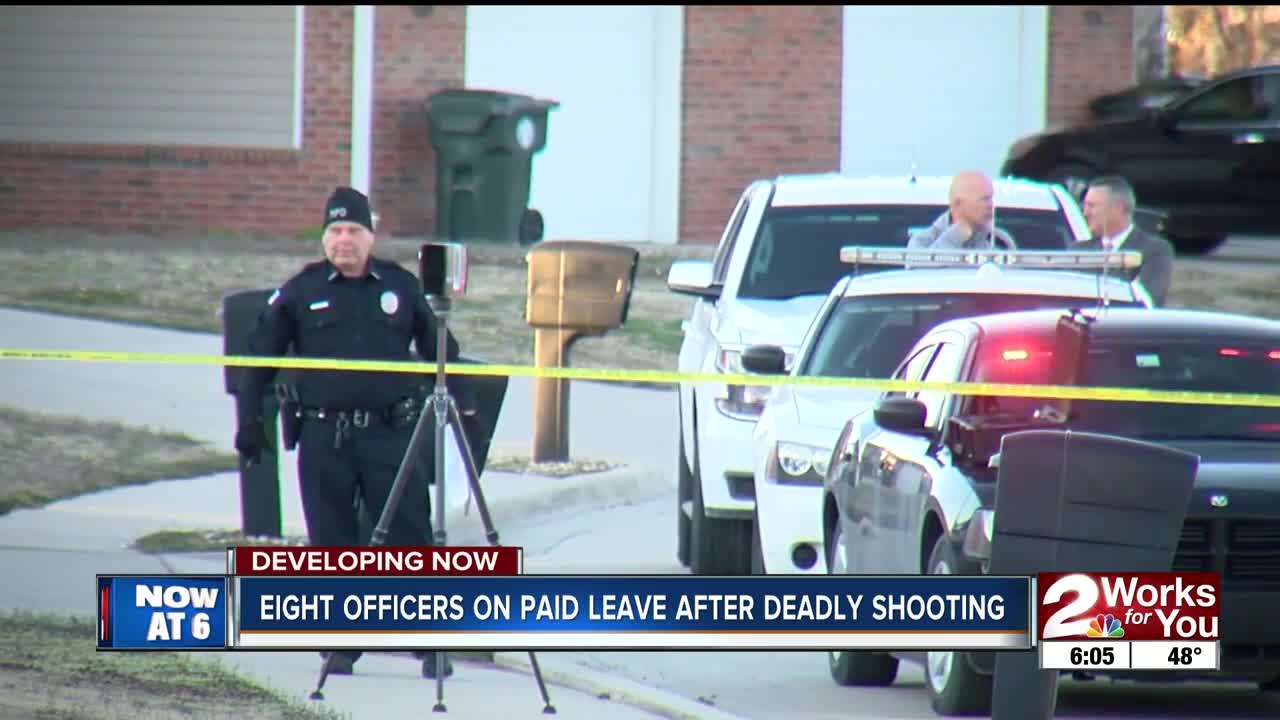 It was a much more peaceful day on North 18th Street in Muskogee on Wednesday after police say yesterday they were forced to open fire on a man shooting and killing him.

"Literally our call was, ‘he is stabbing me; he is stabbing my mother right now; he is trying to kill her,’” police spokesperson Lincoln Anderson said.

Debra Smith did have a protective order against Danny Brogdon.

He hadn't been served yet, but police think he knew he shouldn't be at smith's home when he tried to stab and kill her and her two daughters.

Muskogee officers said they tried firing a taser at Brogdon, deploying beanbags and a flash bang. None of it stopped him and he just kept coming at them with a knife.

“This was a really active scene they had to make a decision that we cannot let him assault anybody else," Anderson said.

The investigation of the shooting is expected to continue for some time.