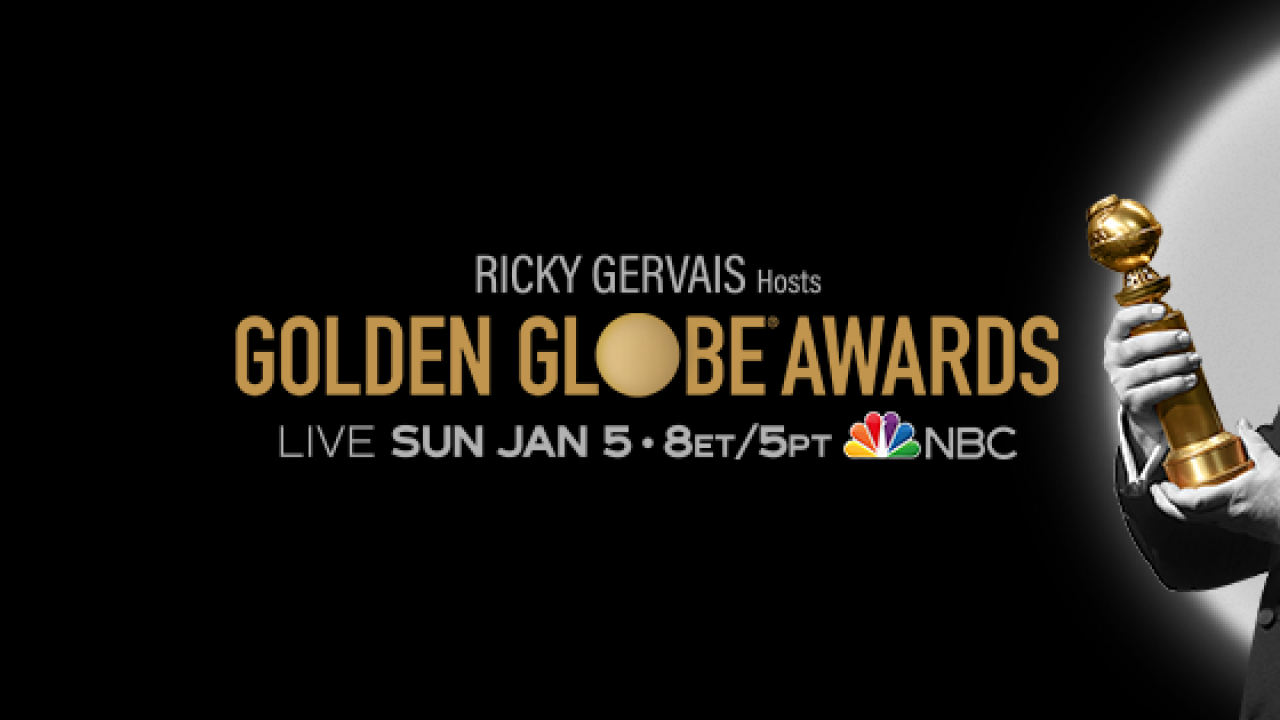 This year's show will include live coverage from our Hollywood Corespondent Heather Brooker! Heather is a Contributing Entertainment Reporter for NBC LA and KJRH in Tulsa, Oklahoma and produces a podcast and website called Motherhood in Hollywood which focuses on entertainment and parenting lifestyle topics with a side of Heather's signature humor.

This year the Golden Globes host will be Ricky Gervais. Produced by Dick Clark Productions in association with the HFPA, the Golden Globe Awards are viewed in more than 210 territories worldwide.

Quentin Tarantino's film ‘Once Upon a Time... in Hollywood,’ nominee -Best Motion Picture, visits 1969-Los Angeles, where everything is changing, as TV star Rick Dalton and his longtime stunt double Cliff Booth make their way around an industry they hardly recognize anymore.

The Hollywood Foreign Press Association (HFPA) was founded in 1943 – then known as the Hollywood Foreign Correspondents Association – by a group of entertainment journalists based in Los Angeles. During World War II, the non-profit organization established a cultural bridge between Tinseltown and millions of cinema fans around the world who demanded drama and inspiration through entertainment. The HFPA continues to do so today with a membership representing more than 55 countries. Since 1944, the group has hosted the annual Golden Globe® Awards – the premier ceremony which honors achievements in both television and film.

The licensing fees from the Golden Globe® Awards has enabled the organization to donate more than $37.5 million to more than 70 entertainment-related charities, film restoration, scholarship programs and humanitarian efforts over the last 25 years. For more information, please visit www.GoldenGlobes.com and follow on Twitter (@GoldenGlobes), Instagram (@GoldenGlobes), and Facebook (www.facebook.com/GoldenGlobes.

The Official Red Carpet Pre-Show will live-stream on Sunday, Jan. 5 from 6-8 p.m. on Facebook!