6-3 victory for the Oilers on Saturday 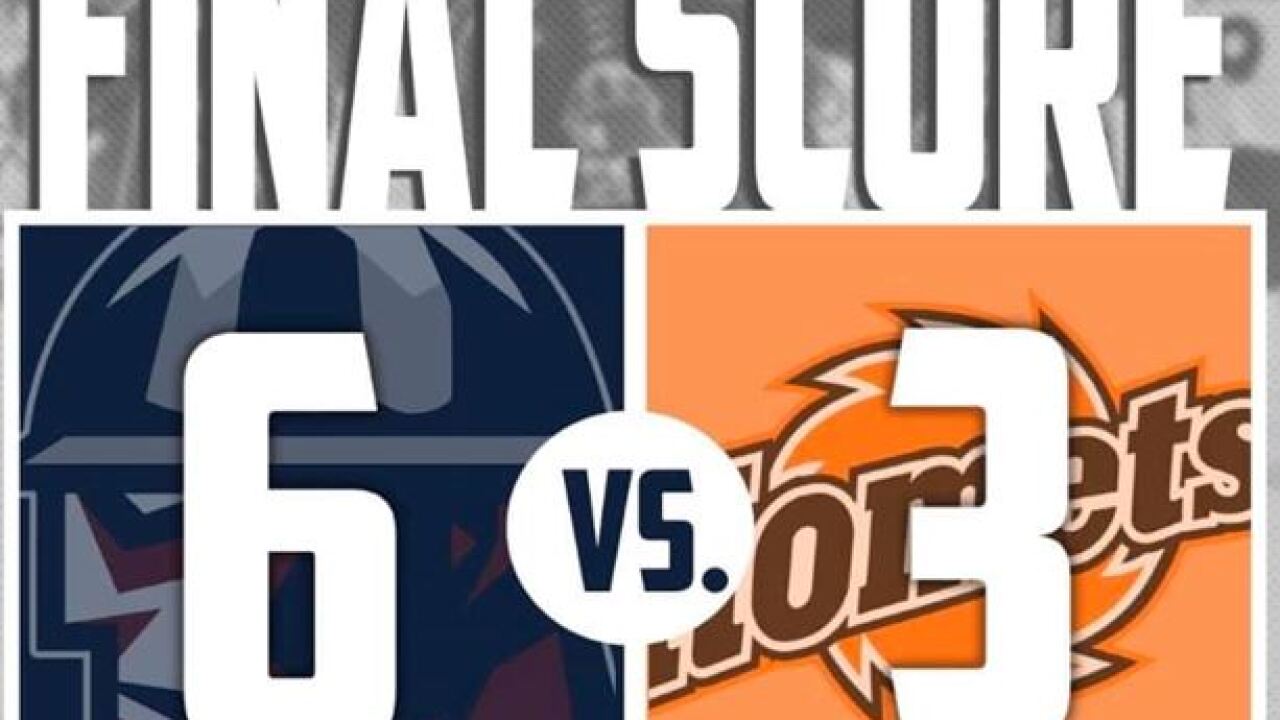 Fort Wayne, IN — Robby Jackson and Adam Pleskach combined to score five goals in what was a 6-3 victory for the Oilers at Memorial Coliseum in Fort Wayne, IN on Saturday.

Tulsa hung the first and last goal of the opening period 4:46 into the game. Robby Jackson snagged a stretch pass from Jake Clifford before cutting into the Fort Wayne zone and pulling a beautiful backhand-forehand move to beat Patrick Munson.

Adam Pleskach forced a turnover in the neutral zone, creating a two-on-one with Jack Nevins. Pleskach held onto the puck, looking off Munson before rifling home his 14th of the year 2:51 into the second period. Drake Rymsha blasted a low puck past Olle Eriksson Ek to cut the Oilers lead down to 2-1 8:43 into the middle frame. Determined to restore their initial lead, the Oilers pulled ahead by two goals with just 1:07 left in the second period. Deven Sideroff tapped home the final leg of a tic-tac-toe play that was started by Miles Liberati and was bridged by Robby Jackson.

The third period saw tons of action. Jackson gave the Oilers a three-goal lead when he batted the puck over Munson 6:12 into the final period. Pleskach joined the two-goal club at the 10:55 mark of the period when Ian McNulty forced a turnover before serving the puck to the Oilers’ captain on a tee. Brett McKenzie answered just 19 seconds later with his 17th of the season, tucking the puck inside the post and past Eriksson Ek to bring the game to 5-2. The Komets found the back of the net on their next shot as well. Taylor Doherty ripped a blast from the point 11:36 into the third period to cut the Oilers lead to 5-3. Pleskach completed his hat trick with less than five minutes remaining to close out the scoring. Liberati hit the post from the blue line, which allowed Pleskach to tap the puck over the line.

The Oilers return home on Tuesday for Buck Night against the Utah Grizzlies, featuring $1 beers. Fans can purchase tickets by calling or texting 918-632-7825.

Oilers Season and Group Tickets are on sale now! Call the Oilers front office at 918-632-PUCK (7825) or visit www.tulsaoilers.com for more information.

THE WEEK AHEAD (all times CST)