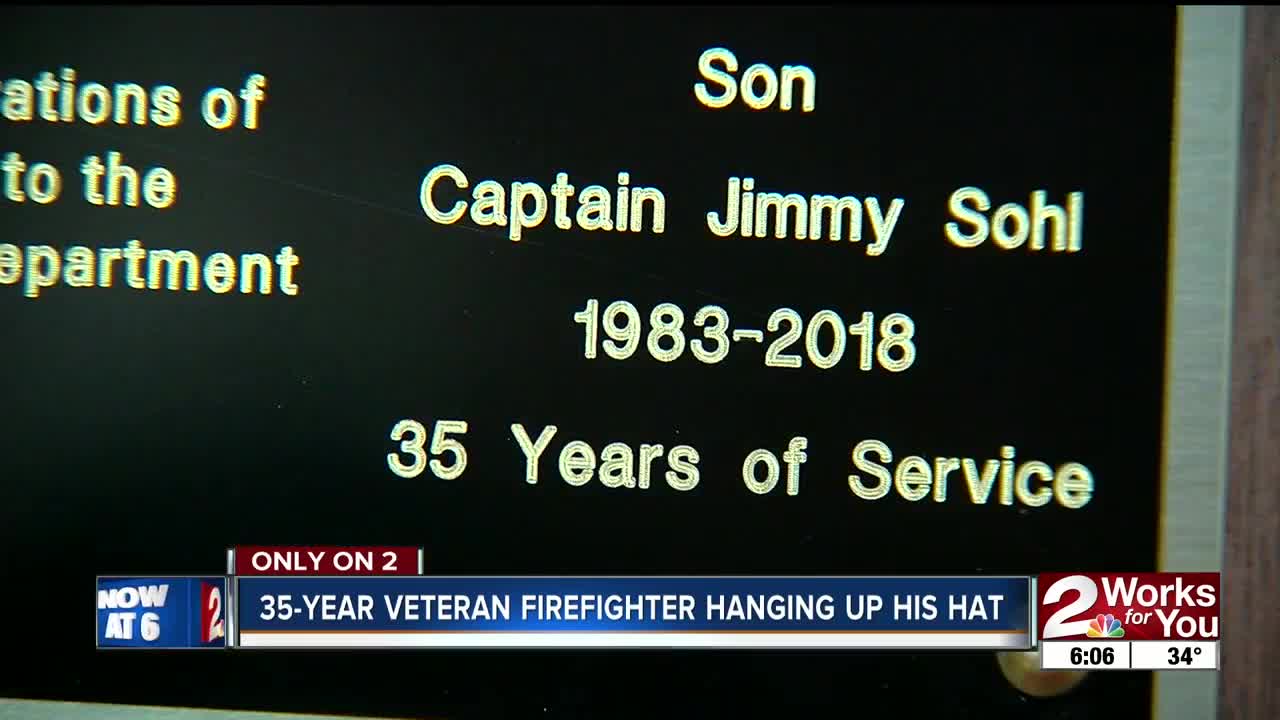 TULSA — A bittersweet day for fire captain Jimmy Sohl, who was rendered speechless in front of the men and women he served alongside for more than 30 years.

"Sohl is a fantastic mentor," firefighter Nolan Lane said. "He loves his family and his kids. He's just somebody you're just glad to be around."

Sohl joined the Tulsa Fire Department back in 1983.

He was inspired by his father Bobby Sohl, who had been a Tulsa fireman his whole life.

"Jimmy's dad, he referred to him as poppa, and he always told us that he wanted to work 35 years because that's how many his poppa worked and that's what he did," firefighter Sam Keeling said.

Sohl is referred to as the glue - the mentor - and the cook.

Known as the man with the answers for anyone looking to learn more about fire science.

He's also the one who could feed a hungry crew and always get a rave review, but more importantly, he's the one who fed their souls and prayed with them when things got hard.

And while this is a celebration of new beginnings for Sohl and his family, the TFD family he leaves behind say it's a void they won't replace.

Tulsa fire officials say it's been hard to keep up with losing veterans like Sohl.

They're dealing with a shortage of firefighters.

The next fire academy begins in January and they'll graduate 30 recruits.