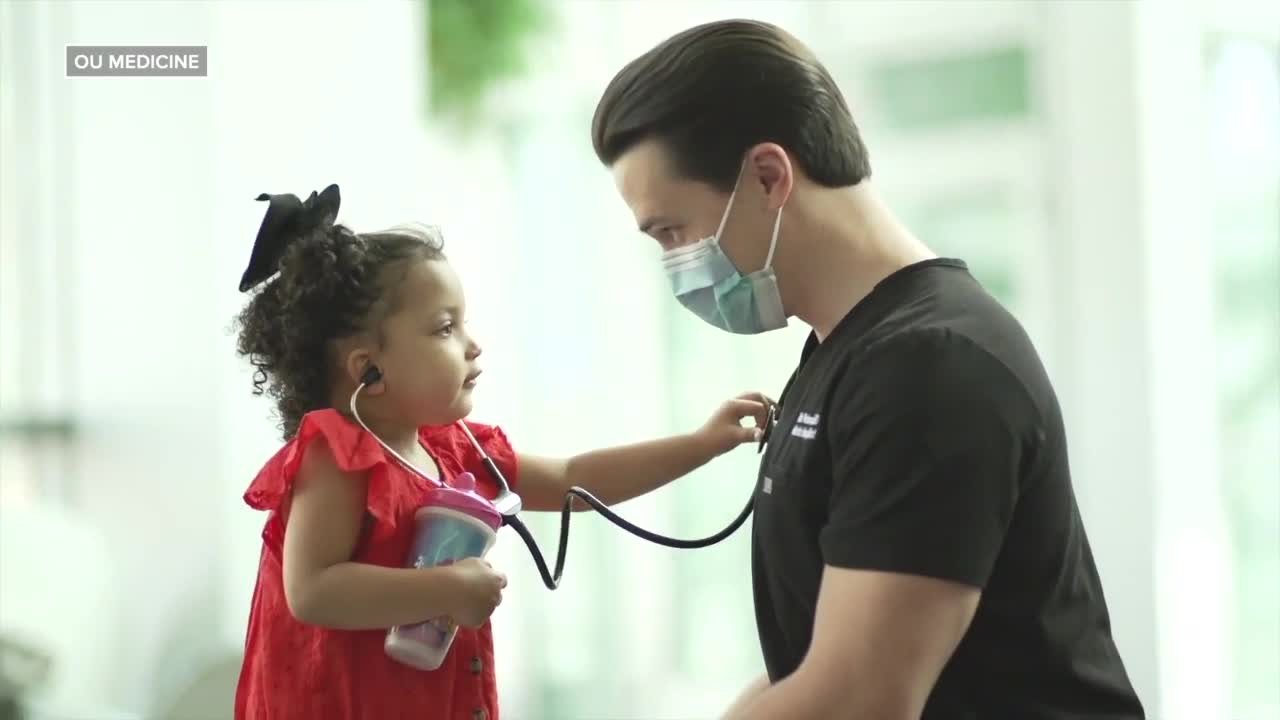 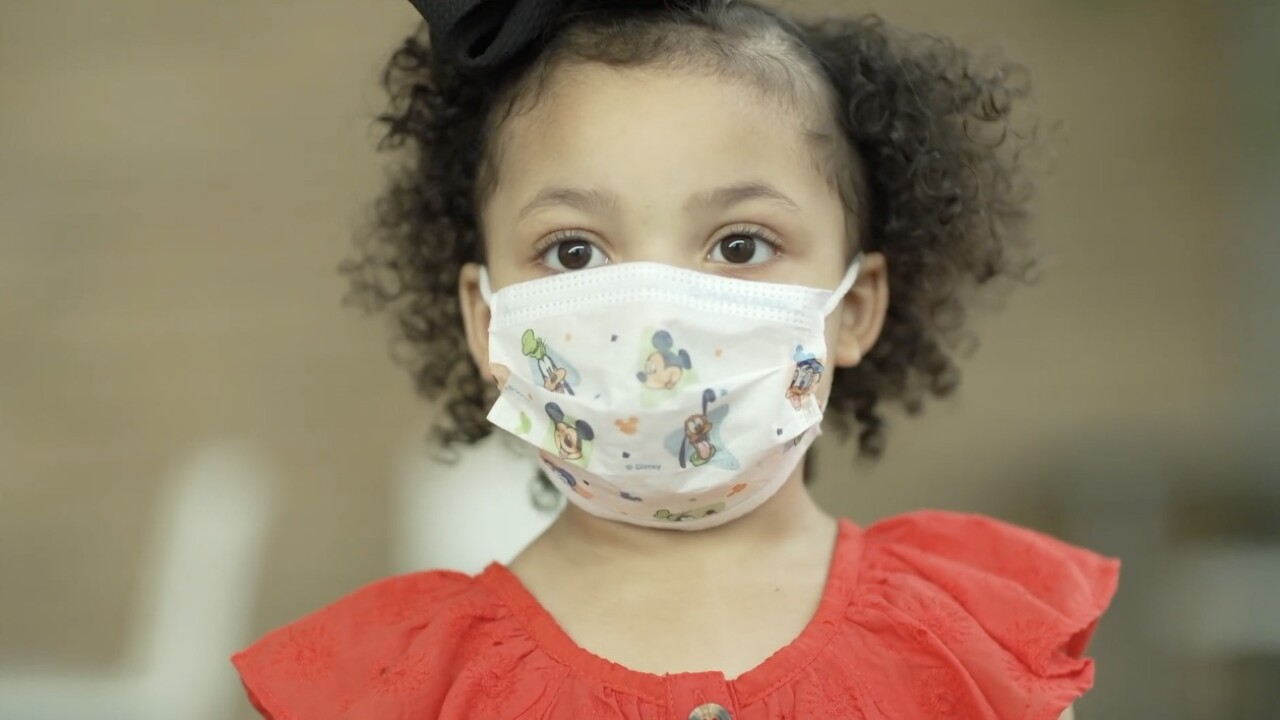 “The fever persisted," Voegerl said. "And then she had a loss of appetite and then she was getting lethargic.”

Then, Kyla began developing bumps and a rash. An urgent care doctor suspected hand, foot, and mouth disease and gave her medication. It seemed to work, at first.

“But then I had noticed something on her tongue," Voegerl said. "It kind of looked kind of strawberry.”

Kyla’s strawberry tongue, rash, red eyes, mildly swollen hands and feet and cracked lips are all symptoms of Kawasaki disease. The rare disease infects 1 in 10,000 children under 5 in the U.S. each year. They took Kyla to OU Children’s Hospital in Oklahoma City where she tested positive for Kawasaki and, to her mother's surprise, COVID-19.

“When he told me, I just broke down," Voegerl said. "It was like the scariest thing for me because this is my baby.”

Doctors began treating Kyla immediately. Thankfully, she did not show signs of multisystem inflammatory syndrome in children, or MIS-C, which is a rare complication that children can get from COVID-19 that is similar to Kawasaki disease.

“They’re specifically not calling it Kawasaki disease for those kids that you’re seeing in the news that are, you know, suffering heart attacks and spending lots of time in the ICU," said Dr. Nicholas Peterson, a pediatrician at OU Children's Hospital who treated Kyla. "I think there’s some key differences in those cases.”

Kyla also didn’t show signs of the traditional COVID-19 symptoms in adults, which helped in her recovery.

“Once we get them the treatment, once their fever goes away, and if they don’t have any of those heart complications on their heart ultrasounds, then they typically recover and are totally back to normal within a couple of weeks," Dr. Peterson said.

Kyla’s family quarantined for two weeks after she was discharged and now they’re all healthy and happy.

“She was just back to her normal self," Voegerl said. "Running, playing, jumping, being her sassy self. She’s back.”