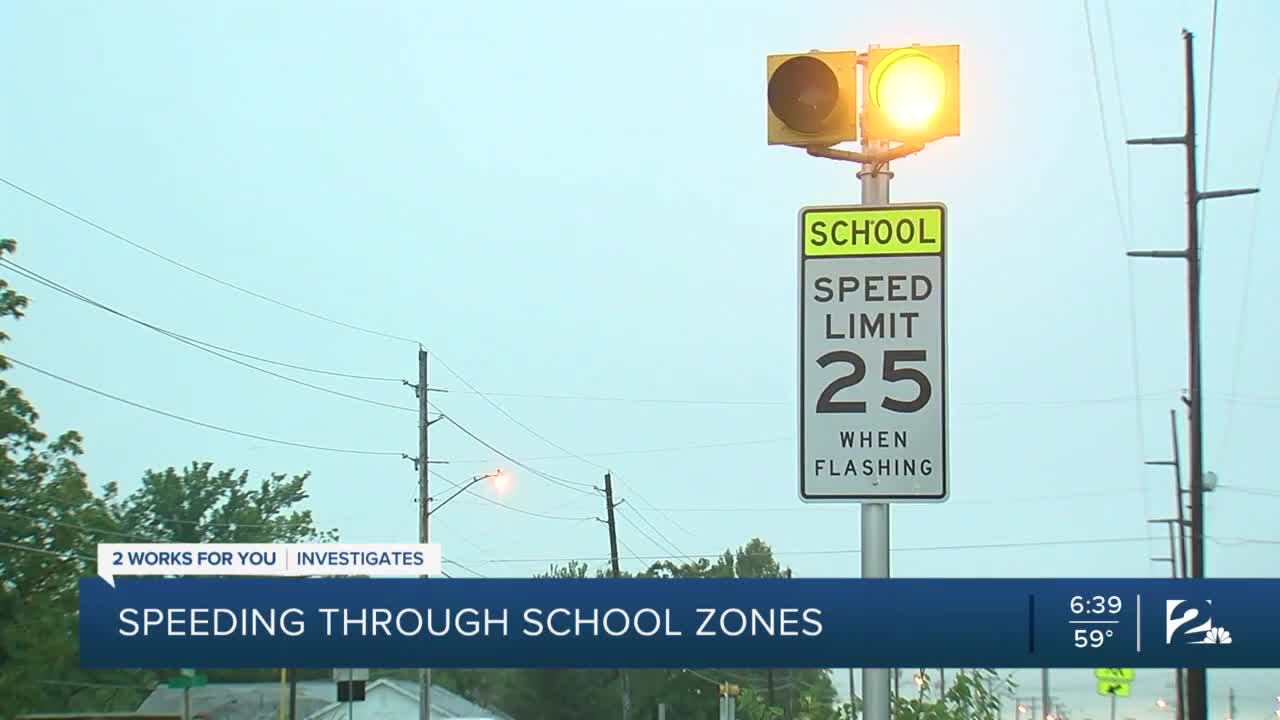 2 Works for You Investigates most ticketed school speed zones

TULSA, Okla. — School is in session and although students may not be on campus, school speed zones are being enforced.

A 2 Works for You Investigation found the most ticketed school zones to remind drivers where to be more mindful, especially as students return to in-person learning.

"I've worked a fatality in a school zone before, and it is my mission to never have to do that again,” Officer Craig Heatherly with the Mingo Valley Division of the Tulsa Police Department said.

Tulsa and campus police are stepping up patrols during the school year, looking for those speeding through school zones. Although the pandemic forced many schools to switch to distance learning, that doesn't mean drivers will get away with ignoring flashing signs telling them to slow down.

"We want people to make sure people know schools have started,” Officer Heatherly said. “Not all schools are virtual."

"We want to make sure to remind people to still respect the school zones and the streets surrounding the schools,” Wicks said.

Chief Wicks said speeding in these areas has historically been a problem, so 2 Works for You went to work investigating which school zones saw the most activity and why.

Our team of investigators collected data from the City of Tulsa, which showcased one school zone in particular; 7500 East 71st St. between Memorial and Sheridan near Thoreau Demonstration Academy.

In 2019 alone, this school zone saw 230 citations for speeding. The shortened 2020 school year saw almost the same number at 226 citations in 7 months. That's nearly half of Tulsa's grand total of speeding in school zone tickets, totaling 442 for that same time period.

"[We] definitely want parents and citizens to be aware that is a school, so be very mindful and very respectful of the safety of our children, parents and teachers,” Chief Wicks said.

Next on the list for most ticketed school zones in 202 is 7000 East 21st St. near Nathan Hale High school, totaling 33 tickets for the shortened school year.

Coming in third, the school speed zone at 800 N. Cincinnati Ave. with 21 tickets.

"It is disappointing to see people not slow down and respect the speed zones,” Chief Wicks said.

TPD along with campus police are issuing a reminder that no matter where you are driving, be mindful of your surroundings. Schools aren't always placed on busy streets and can sometimes be tucked away in neighborhoods.

In the end, officials said there's no leeway when it comes to a child's safety. Either slow down, or get a ticket.