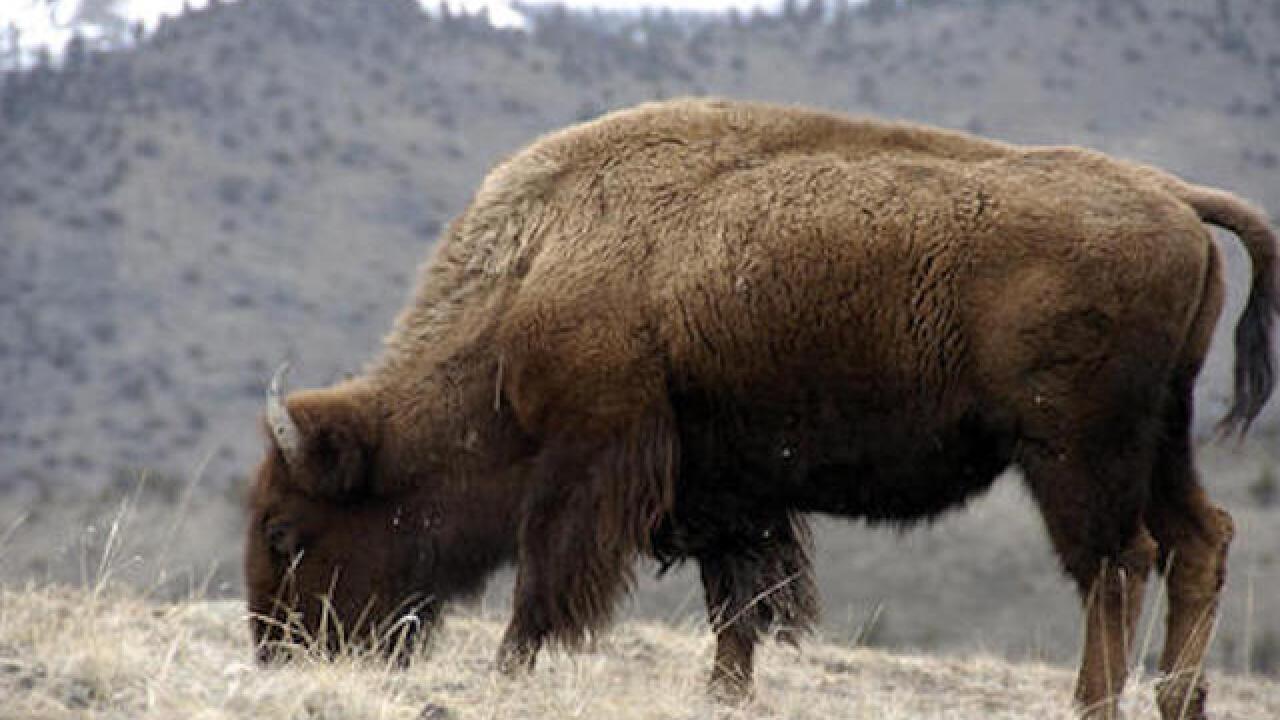 Copyright Associated Press
Matthew Brown
<p>A bison grazes in Yellowstone National Park near Gardiner, Mont., in this March 9, 2016 photo. The bison could soon become the national mammal of the United States. Legislation approved by Congress would elevate the bison&#39;s stature to approach that of the bald eagle, long the national emblem. There has not been an official mammal of the United States. Lawmakers called the bison the embodiment of American strength and resilience and said it reflects the nation’s pioneer spirit. (AP Photo/Matthew Brown)</p>

OKLAHOMA CITY (AP) -- A tribal business official says two Native American tribes in Oklahoma are planning to build a meat processing plant in an effort to take a more active role in bringing the nations' bison herd to the marketplace.

Nathan Hart, business director for the Cheyenne and Arapaho Tribes, says an eatery at the American Indian Cultural Center and Museum currently being developed in Oklahoma City could sell the meat plant's first bison entrees.

The Journal Record reports that Hart says the U.S. Department of Agriculture-inspected processing plant being built in El Reno will be chiefly for bison, but the planned 150-acre site will also take in cattle and wild game

The tribes' farming program already has supply chains for bison meat to be retailed in dozens of the region's stores.