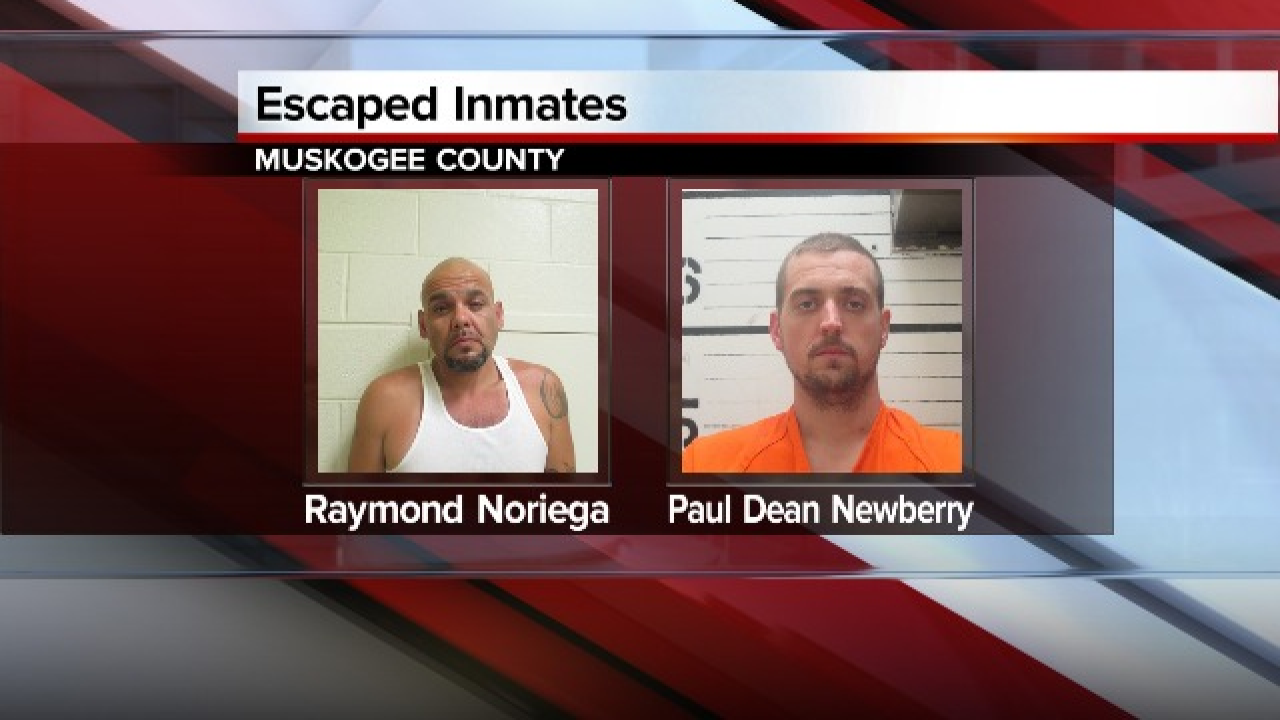 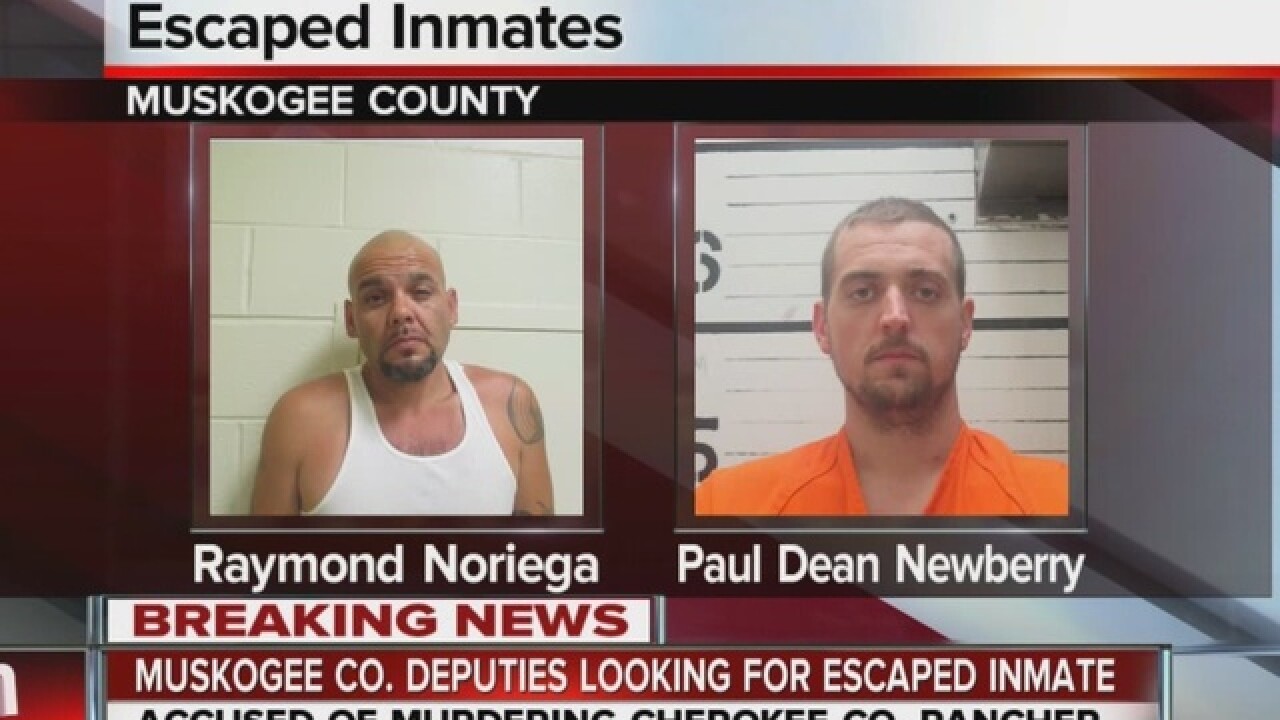 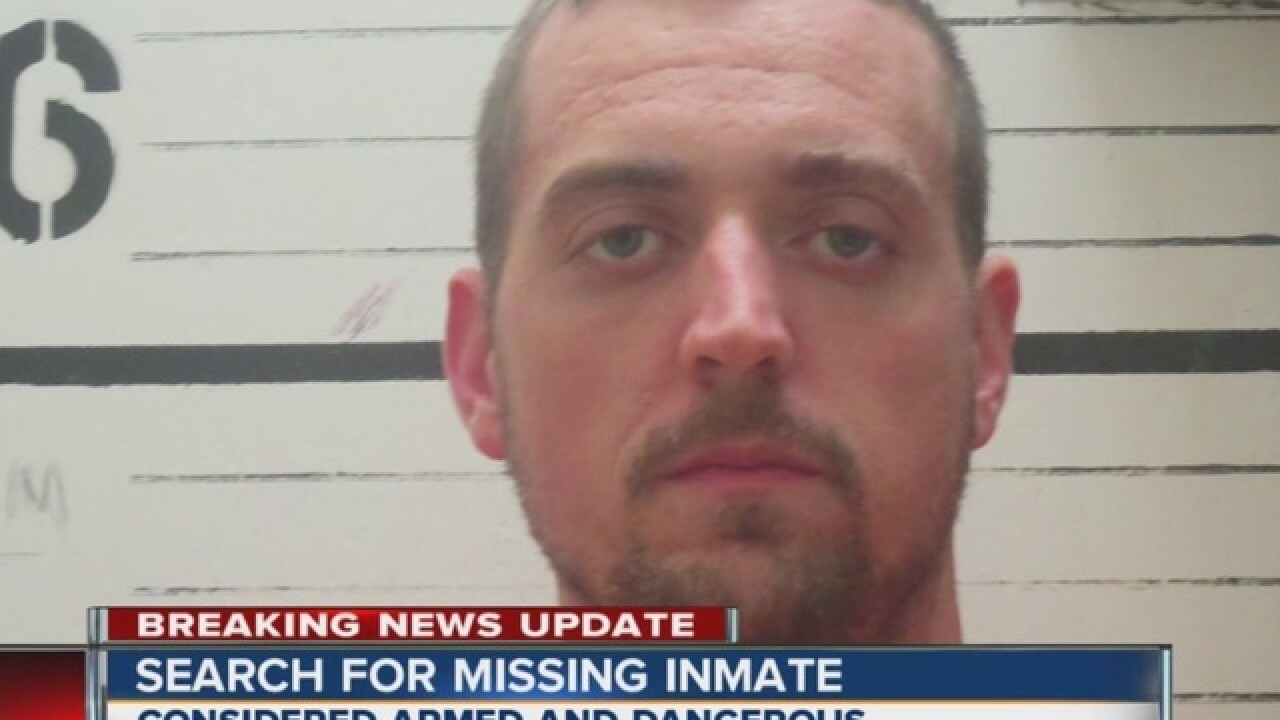 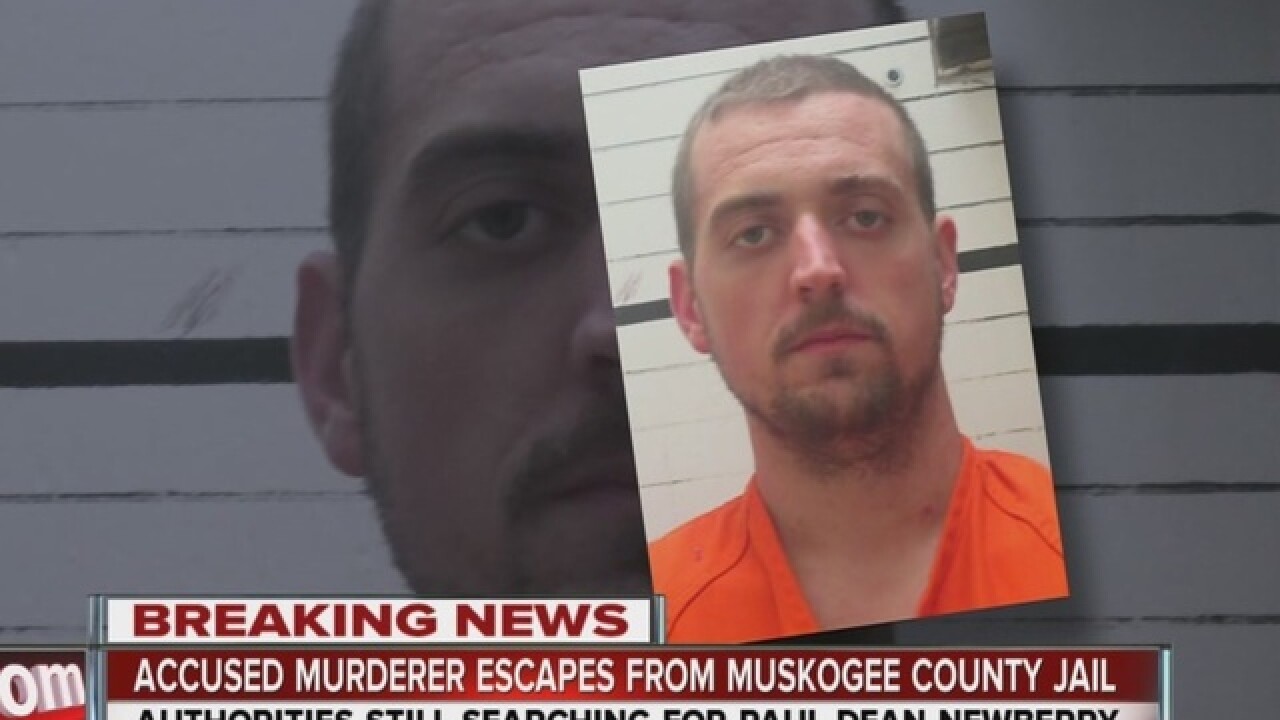 A manhunt is underway for an accused murderer who made a daring escape from the Muskogee County Jail Sunday night.

Muskogee Sheriff Charles Pearson tells 2 Works for You, "Everybody is doing everything they can to assist us. We are going to work as hard as we can until we catch this guy."

Security cameras were rolling at the jail Sunday night, when Paul Newberry and Raymond Noriega leapt from a second story window and ran from the jail. During the escape, Noriega shattered both heels.

The video from the scape show him limping away, but he didn’t make it far. He was found hiding in a truck the pair burglarized across from the jail. But Newberry fled the scene and authorities are still searching for him.

The sheriff says this is only the second time in the jail's 30 year history that anything like this has happened. The inmates had to break through four layers of security glass, then somehow managed to break the metal frame of the window and removed it, before making their escape by jumping off the roof of the jail's sally port.

Sheriff Pearson says there was a large amount of blood on the floor below the window. So there's a good chance that both men were injured when other inmates shoved them through the broken glass on to the roof.

The 88-year-old was battling pancreatic cancer when Newberry and Cheyenne Watts reportedly broke in to his home near Keys. Kirk was shot multiple times when he interrupted the burglary.

2 Works for You spoke with members of Kirk's family on Monday. They say they are frightened by Newberry's escape. They hope he's found quickly before he has a chance to harm someone else.

Pearson warns anyone caught helping Newberry while he is a fugitive will end up in handcuffs along with him. "Anyone that assists in anyway with this fugitive, will be prosecuted to the fullest extent of the law. It doesn't matter who you are."

Anyone with information on his whereabouts is asked to call the Muskogee County Sheriff’s Office.