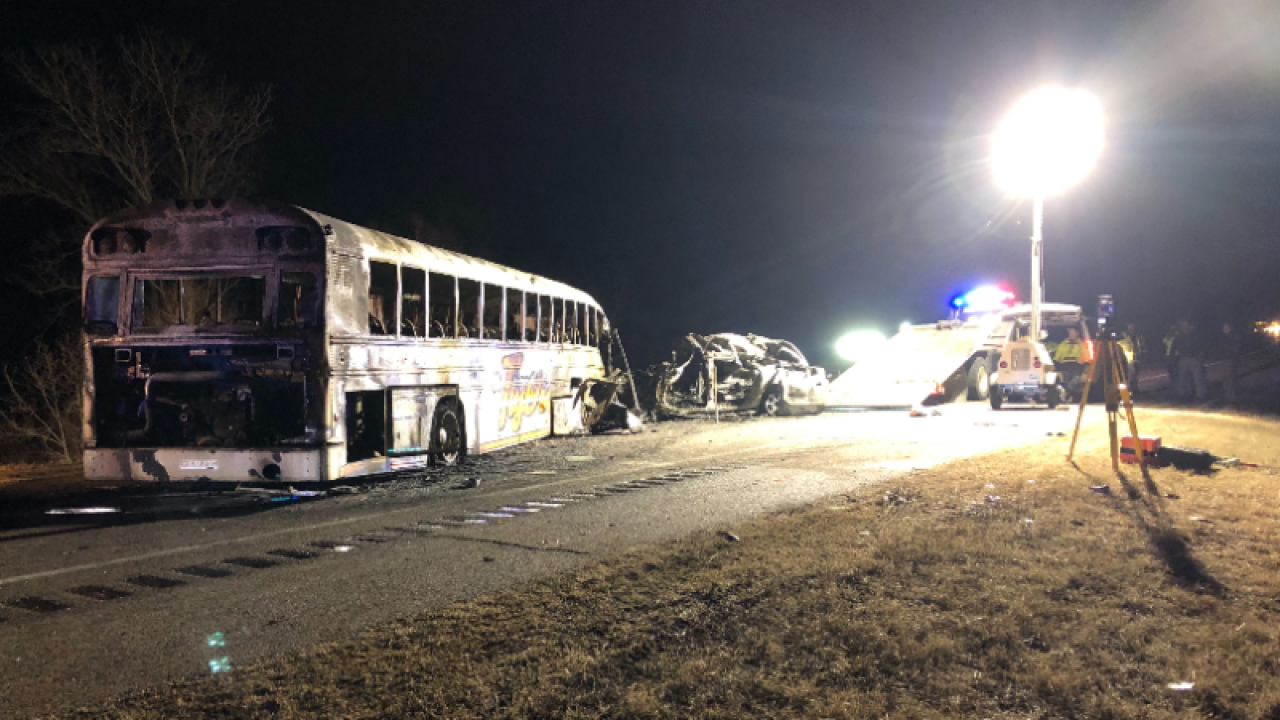 Three people are dead after a head-on crash between a car and a Konowa school bus, which was transporting the junior high softball team.

A child on the bus and two people in the car were killed. Seven others — a coach and six girls — were transported to a hospital, KFOR reports.

According to a Facebook post by the Konowa Public School District, the driver of the car was drunk. That has not been confirmed by the Oklahoma Highway Patrol.

Officials say both vehicles swerved in an attempt to avoid a collision but ended up hitting each other head on.

The bus was on fire when troopers arrived.

Click here for updates on the story from KFOR.com.