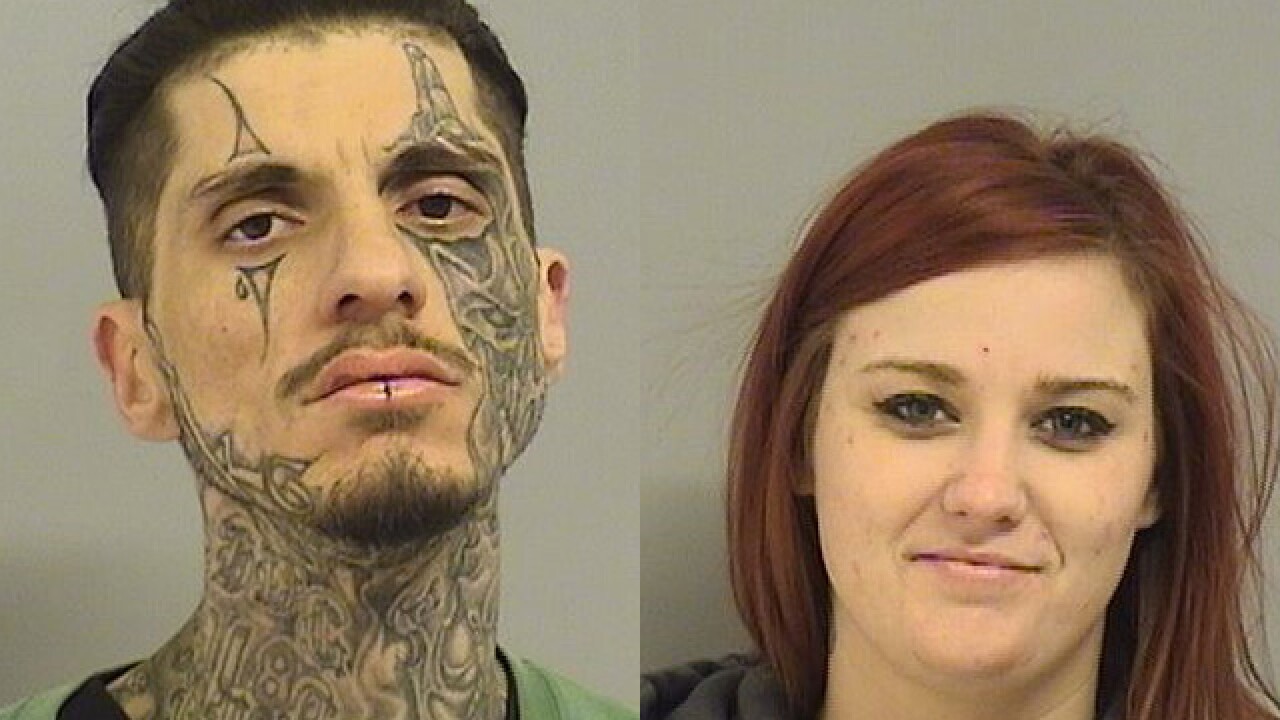 TULSA — Two people were arrested on kidnapping and armed robbery counts after a carjacking on Wednesday afternoon in midtown Tulsa.

Officers were dispatched at about 5 p.m. to the area of 6100 East 4th Street for the report of an armed robbery. The victim told officers that he let another girl drive his car around 8 a.m., and she picked up two people, identified as Felicia McGuire and Deric Spear. Police said the suspects held the victim and would not let him get out of the car.

The victim said they used a handgun to take his Toyota Camry. The victim was able to escape at about 5 p.m.

Around 5:35 p.m, an officer saw the stolen vehicle at 8100 East 41st Street. The suspects drove behind a motel in an attempt to get away and ran from the vehicle.

Officers surrounded the area and called in K9 officer Khan. Khan found the suspects hiding on the third floor of the motel.

The suspects were arrested and the victim's car was returned.