2,400 antique firearms from J.M. Davis collection to be auctioned off 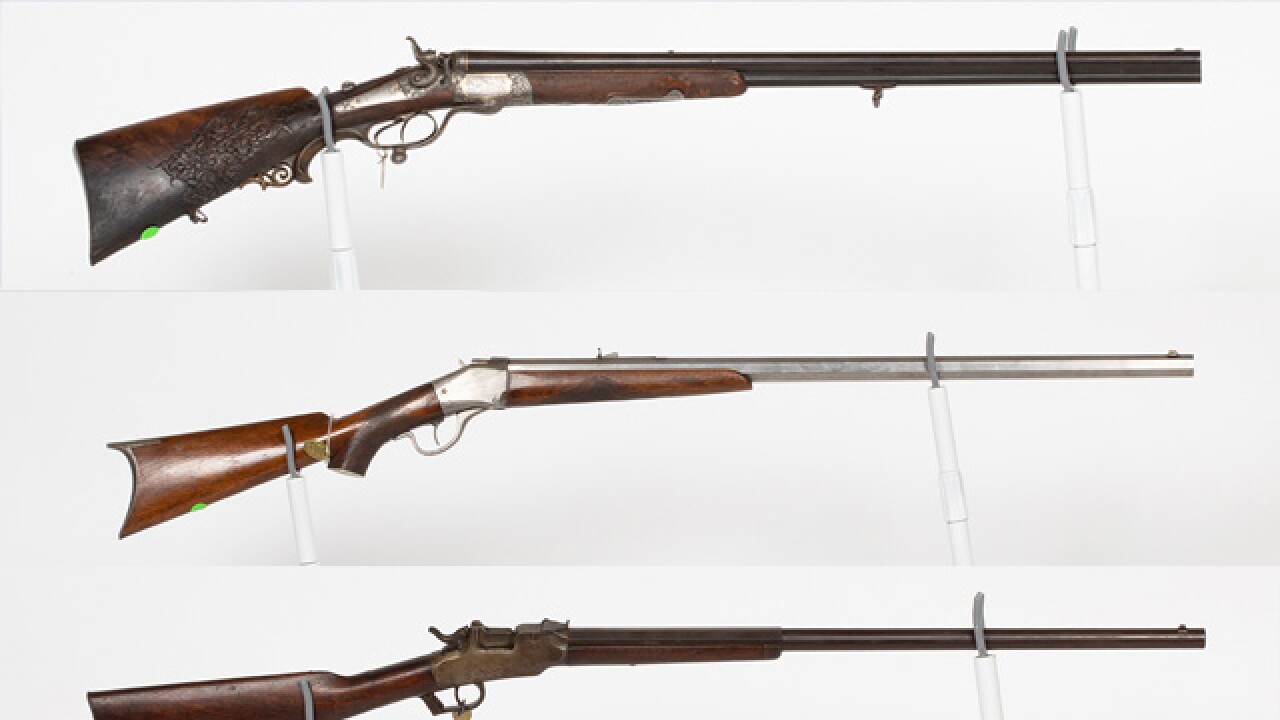 CLAREMORE, Okla. — More than 2,000 firearms from the private collection of J.M. Davis will be offered in a three-day auction happening later this month in Claremore.

The auction will be held by Holabird Western Americana Collections from July 26-28 at the J.M. Davis Arms and Historical Museum located at 330 North J.M. Davis Boulevard.

The approximately 2,400 firearms to be auctioned "have not seen the light of day for fifty years," officials said. The public can view the firearms at previews planned for July 24-25 at the museum.

For those unable to attend in person, information about online bidding can be found here.

One of the highlight lots of the sale is a Stevens .22 caliber long rifle engraved, “From Buffalo Bill to Night-Hawk & Broncho Bill.”

Other firearms expected to garner keen interest are:


Hundreds of antique swords will also be available at the auction.