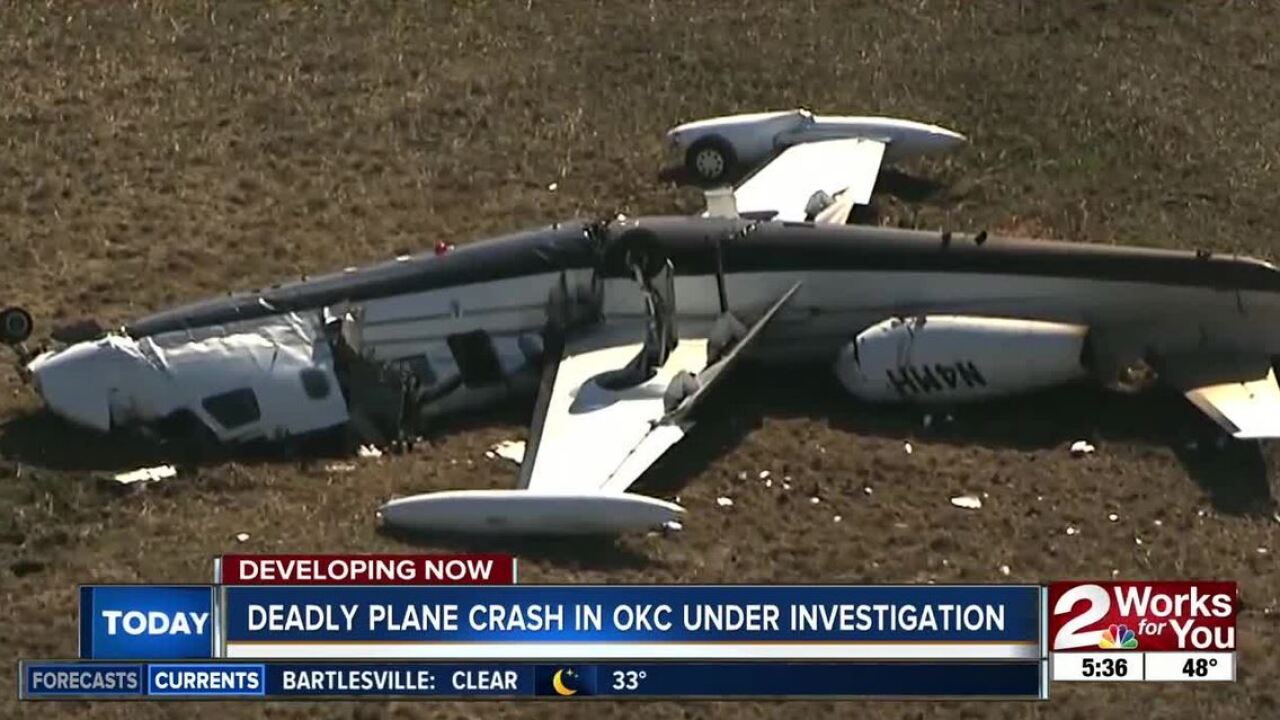 OKLAHOMA CITY (AP) -- Emergency officials say two people, a man and a woman, are dead after a twin-engine jet crashed as it attempted to land at a small airport in northwest Oklahoma City.

Oklahoma City Fire Capt. David Macy says the corporate jet crashed shortly before 4 p.m. Monday at the Sundance Airport. Macy says one man died in the crash and a woman was taken to an area hospital in critical condition. She later died. The two were the only people on board.

There was no post-crash fire, but Macy says crews were working to address a jet fuel leak at the scene of the crash.

A spokesman for the Federal Aviation Administration says the aircraft departed from an airport in Panama City, Florida.