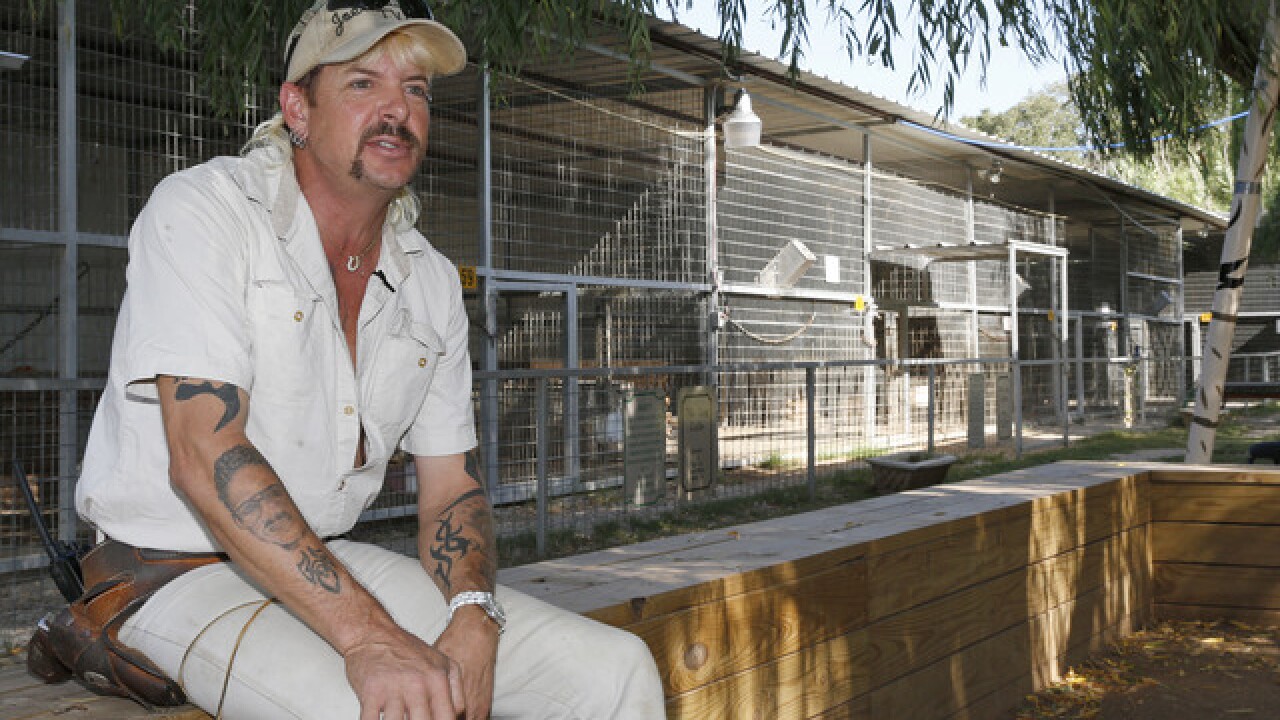 OKLAHOMA CITY (AP) -- Federal prosecutors say an Oklahoma zookeeper at an exotic animal park and candidate for governor earlier this year has been charged in a murder-for-hire scheme alleging he tried to hire someone to kill a Florida woman.

The U.S. Attorney's Office in Oklahoma City announced Friday that 55-year-old Joseph Maldonado-Passage, also known as "Joe Exotic," was indicted on two counts of hiring a person to commit murder.

Prosecutors allege Maldonado-Passage tried to hire two separate people to kill the woman, who wasn't harmed. One of the unidentified people he sought to hire connected him with an undercover FBI agent, who met with Maldonado-Passage in December 2017.

Maldonado-Passage finished third in a three-way Libertarian primary in June.